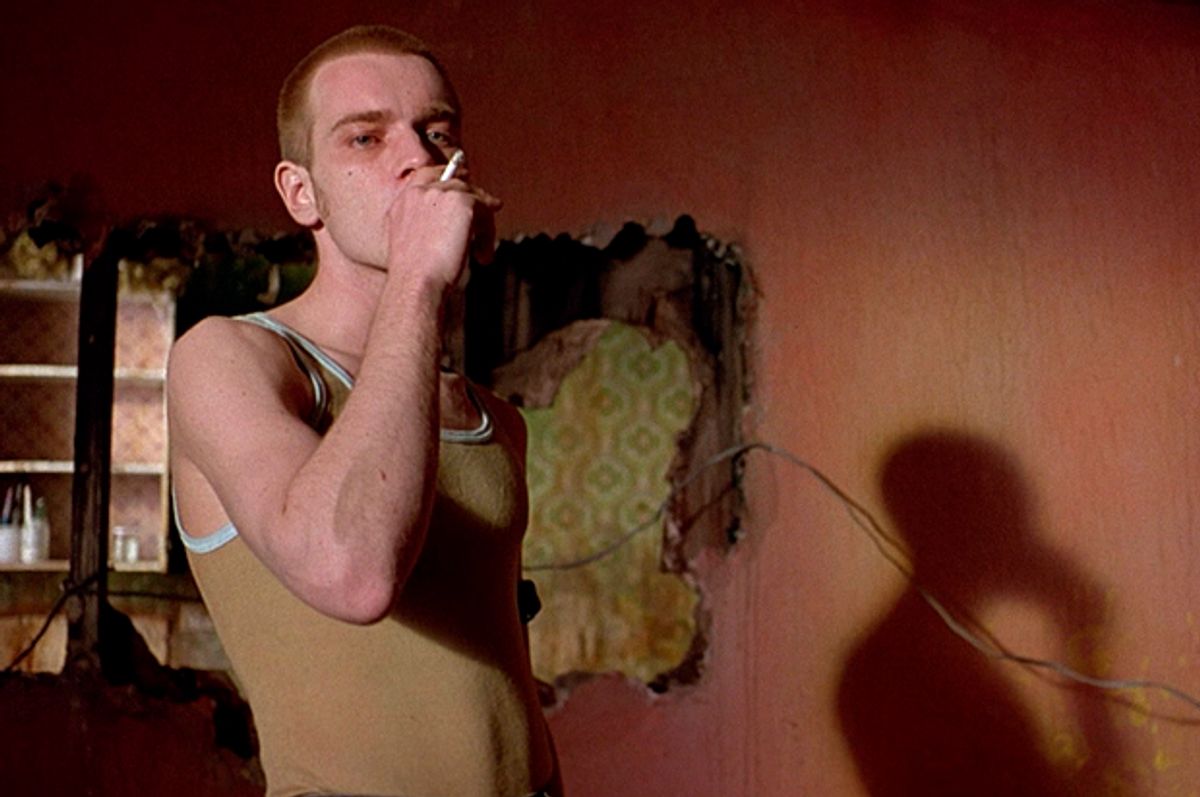 “Choose life.” The dirtiest toilet in Scotland. Lou Reed singing “A Perfect Day” as a character overdoses. Running through the street to the tune of “Lust for Life.” Twenty years since it opened in the United States, the Scottish film “Trainspotting” has lodged a handful of great images in the cultural memory. And much of what the movie was about — drug addiction, nationalism, a feeling that the top and bottom of society have entirely divorced — is as relevant today as it was then.

Part of what’s strange is to see how much has changed in the 20 years since. Director Danny Boyle had one edgy independent — “Shallow Grave” — to his name when “Trainspotting" came out, and to Americans he was largely unknown. Now he’s been through “Slumdog Millionaire,” “Steve Jobs,” and other films of various degrees of personality and quality. He retains a reputation for smart work, but he’s a mainstream filmmaker in just about every way.

Similarly, Ewan McGregor, who played the movie’s heroin-addicted lead Renton, is more than a decade past playing Obi-Wan Kenobi in “The Phantom Menace”: He seemed like a fresh, almost feral presence in 1996, and is now someone associated with one of the biggest disappointments in cinematic history even if he continues to seem capable of doing great work. Robert Carlyle made a truly frightening Begbie, the psychopath whose key addiction was to sudden violence, but his role in “The Full Monty” and his ensuing work took some of the edge off that. The actors who come together to make the “Trainspotting” sequel, now filming in Edinburgh, bring very different connotations to their roles.

But the original film captured a lot of what was in the air at the time — often better than it had been captured before. To an American audience, a movie about white people using hard drugs was startling in itself. The way the film portrayed the camaraderie and joys of drug use, as well as the frightening and unpleasant moments, is hard to match despite strong drug movies such as “The Man With the Golden Arm” and “Requiem for a Dream.” The soundtrack — with songs by Britpop heroes like Blur, Pulp, and Elastica as well as electronica and ambient music — is one of the best of its kind.

Well-acted, strikingly shot, brilliantly written movies don’t need to speak to the present: They can document something historical or just project something from the filmmakers’ imagination. But “Trainspotting” feels like it’s about our time, 20 years later. The sense Renton and his fellow junkies have that mainstream society and the consumer economic system has left them behind is now widespread in both British and American society: the support for Donald Trump, Bernie Sanders, and Brexit are proof of that.

Between the presence of crystal meth and, increasingly, opioid painkillers that can lead to heroin use, Americans can no longer pretend that hard drug use is just something that black people do.

And the bits of Scottish nationalism that crop up in “Trainspotting” are also as relevant as they ever were: Britain’s exit from the European Union, itself an example of nationalist frustration, could very likely lead to Scotland’s exit from Great Britain. Irvine Welsh, whose novel the film was based on, writes in Scottish dialect and very much with the feel of Scottish urban life: It would not be surprising if the book and movie became rallying points as this gets closer.

None of this guarantees that “Trainspotting 2” will be any good. But it makes the original — a movie now about as old as “Jaws” and “Taxi Driver” were when “Trainspotting” came out — absolutely worth revisiting.