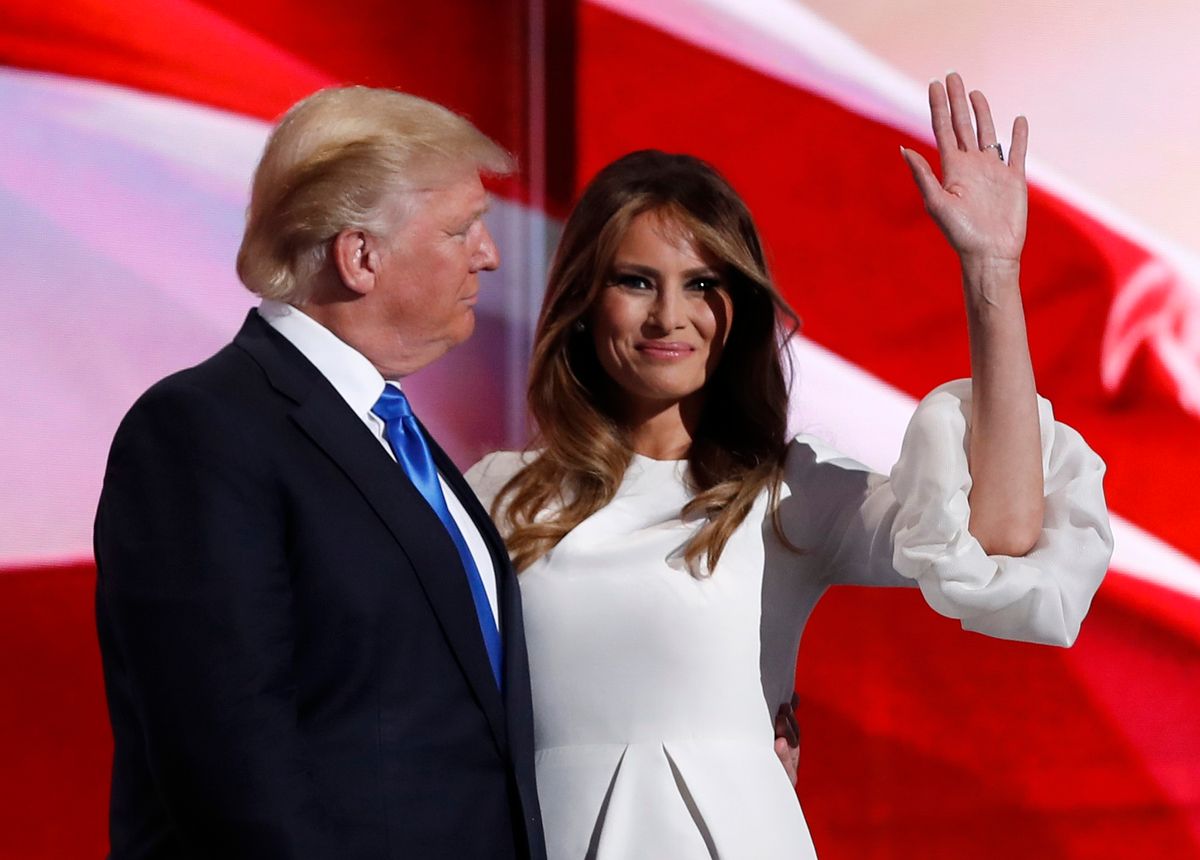 Facebook
Twitter
Reddit
Email
view in app
The first day of the Republican National Convention started off with a bang. Even before the event was gaveled into order Donald Trump's campaign chairman Paul Manafort picked a huge fight with Ohio Governor John Kasich for reasons that made little sense to anyone. He went on all the morning news shows to denounce Kasich for being "petulant" claiming he's “embarrassing his party in Ohio" for failing to attend the convention in his own state.
The Governor's adviser John Weaver told the New York Times, “Manafort’s problem, after all those years on the lam with thugs and autocrats, is that he can’t recognize principle and integrity."

What happened on the convention floor later that day was anything but normal as the Never Trump delegates wanted a roll call vote to change the rules and the party chair blatantly knocked them down resulting in boos, catcalls and delegate walkouts:

That's not something we've seen at a political convention since the 70s at least.  But then Trump's whole campaign is a throwback to that era so it isn't surprising.

Let's just say that as the Republicans  prepared for their big opening night of "party unity" it seemed to be as elusive as ever. But as the evening festivities unfolded it became obvious that there was one overriding theme that might just do the job: fear and loathing of foreigners and Hillary Clinton. In other words, a CPAC convention.

It started out fairly light. The first few speakers of the evening were examples of the exciting celebrities Trump had been promising for the last month or so. They opened with the star of Duck Dynasty, Willie Robertson who joked about how he and Trump were both reality stars with hot wives, which I'm fairly sure was the first time anyone's ever said that in a presidential endorsement speech. He was followed by former TV star Scott Baio who, along with soap actor Antonio Sabato Jr (appearing later in the program) may have been assumed to be Latino outreach despite the fact that they are actually Italian Americans. There were no real Hispanics featured on opening night anyway.

Then came former Texas Governor Rick Perry, last heard railing against "Trumpism" as a cancer on the Republican Party. He didn't mention Trump at all, instead using his time to introduce war hero Marcus Luttrell who gave a heartfelt speech about patriotism and duty leading up to a message for the kids today: "your war is here,you don't have to go searching for it...Who among you are going to step up and take the fight to the enemy because it's here!"

Next was a searing speech from Patricia Smith, the mother of one of the four people killed in Benghazi who blamed Hillary Clinton personally for the death of her son and joined the crowd when they shouted and chanted that Clinton belongs in jail, the first of many such eruptions during the evening. It was a rather sad and disturbing performance.  The two men who wrote the book “13 Hours: The Inside Account of What Really Happened in Benghazi,” then droned on for what seemed like 14 hours recounting details of the event, also blaming Hillary Clinton for everything. Perhaps these people need to have a chat with Trey Gowdy while they're in Cleveland.

Onward to the Mexican criminal portion of the program. There were more memorials to the dead with the siblings of a border patrol agent and several more grieving people whose relatives were killed by drunk undocumented immigrants and gang members, which is also Hillary Clinton's fault.

Milwaukee Sheriff David Clark followed with a fiery fearmongering speech about law and order. His message in a nutshell:

What we witnessed in Ferguson, and Baltimore, and Baton Rouge was a collapse of the social order. So many of the actions of the Occupy Movement and Black Lives Matter transcends peaceful protests and violates the code of conduct we rely on — I call it anarchy.”

I think you can guess who is to blame for that, not just Clinton --- who belongs in jail herself --- but Barack Obama who has achieved his goal of dividing the country.

Senator Tom Cotton gave a traditional GOP hawk speech, barely mentioning Trump, that didn't set anyone on fire and Senator Jeff Sessions weirdly talked about trade and the economy as if he'd gotten the wrong instructions from the convention planners. And then came Giuliani with the night's traditional barn burner, described by the National Memo's Joe Conason on twitter as Mussolini meets Mr Magoo.  Among his many contributions to the scarefest was "there is no more time for us left to revive our great country! No more time to repeat our mistakes of the past!" signaling the end of the world apparently.

The crowd was very revved up when the stage filled with mist and the shadow of The Donald appeared to emerge out of it. There he was, the man himself who came to introduce his wife Melania, which he did in unusually succinct fashion after proclaiming "we're gonna win" several times.

Melania gave a nice speech which in my notes I called "the most professional sounding speech of the night." As it turns out it "bears striking similarities" to Michelle Obama's 2008 DNC speech so that actually makes sense. In fact, it's pretty clearly plagiarized. As I write this nobody really knows exactly how this happened, but it's hardly surprising considering that Trump himself has blatantly lifted every one of his slogans from Reagan and Nixon without ever acknowledging it.

After Melania Trump left the stage people began filtering out of the hall since she'd been billed as the main attraction but the speeches went on and on afterwards with a bizarre, rambling speech from retired general Michael Flynn that sounded like it too was plagiarized --- from "Dr. Strangelove." Senator Joni Ernst spoke to a hall that was two thirds empty and there were even more people speaking late into the night after she was done.  For a convention that was supposed to be showbiz slick, the first night certainly had a haphazard feeling to it.

It finally, blessedly, came to an end with a prayer from the odd televangelist Paula White, who was rumored to have "brought Trump to Christ."  She said that  our nation needs prayer as never before because "honesty has been outlawed." That's going a bit far, but it was at least temporarily suspended at the Quicken Loans Center in Cleveland last night.