Rudy Giuliani: Donald Trump will do for America what I did for New York City

Which is, apparently, unite it by decrying political correctness and repeating the same words, repeatedly 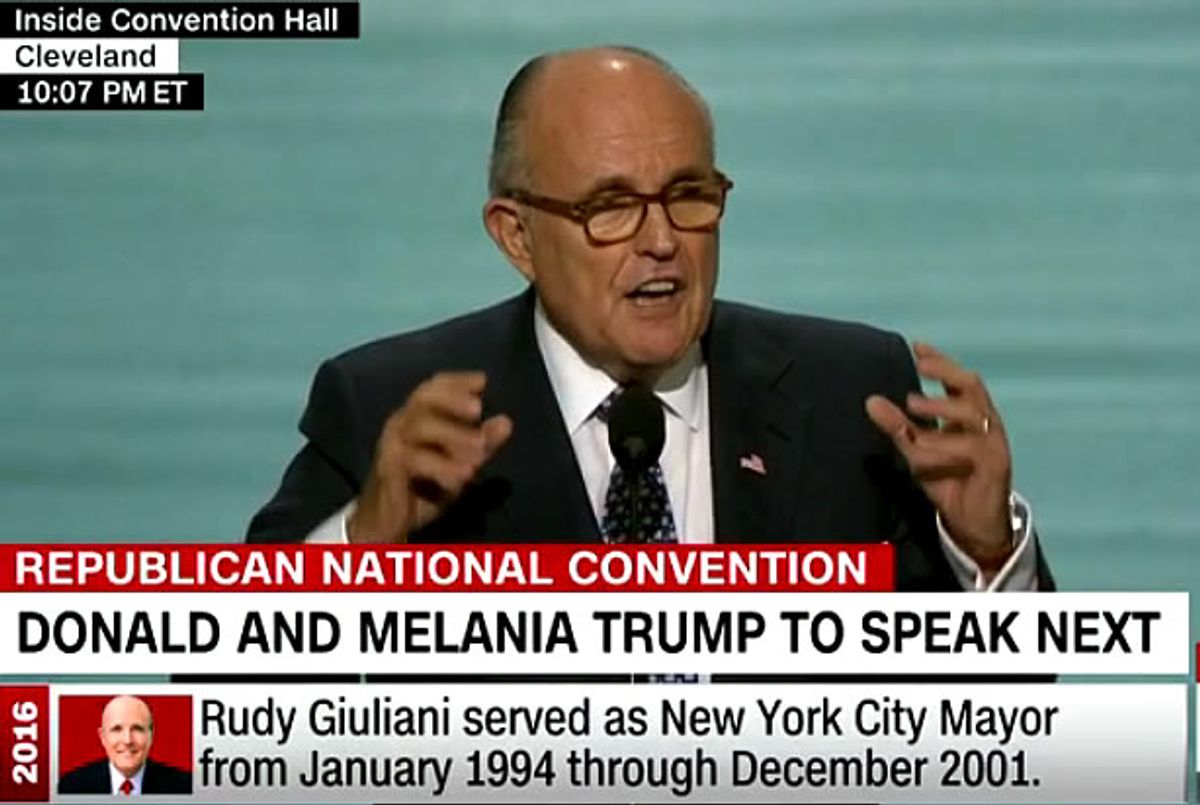 Former New York City mayor Rudy Giuliani ignited the crowd at the Republican National Convention in Cleveland on Monday, painting a picture of Donald Trump as someone who can do for America what he claimed he once did for the Big Apple -- "make [it] one again."

Despite the variability with which he phrased these three words, Giuliani insisted that "failing to identify them properly maligns decent Muslims around the world. It also sets up a fear of being politically incorrect that can have serious consequences. And it has -- we must not be afraid to define our enemies. This is why our enemies see us as weak and vulnerable."

Trump, however, will be "a leader -- he will reassert America’s position as the nation with the best values to lead the world."

"Donald Trump is the agent of change and he will be the leader of the change we need," Giuliani added.