The magic of FOUND, now in podcast form: "You feel like you are touching someone’s purest self" 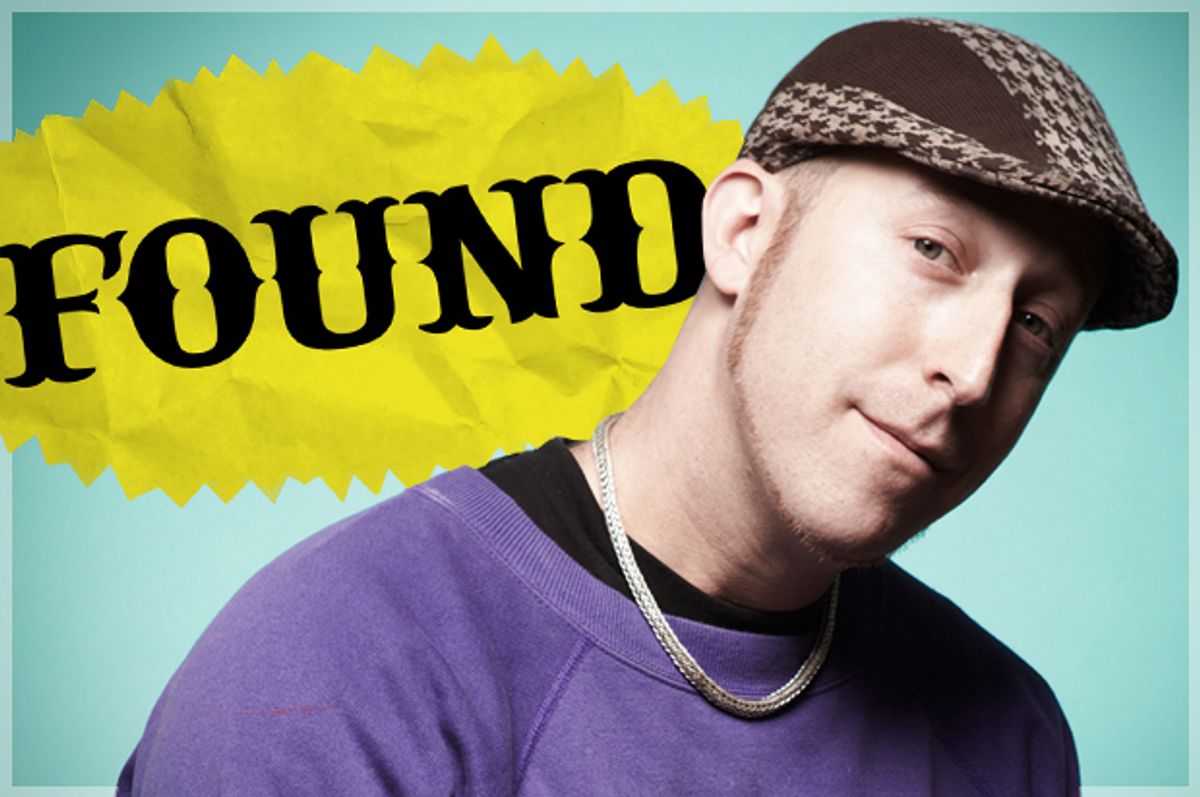 One of the strange and wonderful developments of the 21st century is the FOUND phenomenon — a magazine that has become a spoken-word tour, a website, and even an Off-Broadway play. Collecting cast-off notes and letters, FOUND looks to frame little fragments of people’s lives that can be somewhere between funny and moving.

The latest version is a podcast which has just launched, with FOUND founder Davy Rothbart narrating 45-or-so minute episodes that get deep into a single story or theme. The first — and a new one will drop every two weeks — begins with a letter from a young man writing to Hollywood studio executives about his dream of becoming an Asian-American Oprah Winfrey. Rothbart begins with the original note and then tries to track the guy down.

To anyone who has somehow avoided the FOUND experience, the podcast — produced by Wondery, Killer Films Media, and “FOUND: The Musical” — is a good place to jump in.

Salon spoke to Rothbart from his home in Los Angeles; the interview has been lightly edited for clarity.

For those who’ve missed the last 15 years of cultural history: Tell us a little about the FOUND aesthetic — where it came from, what drew you to it, what kind of glimpse into the human condition these notes can offer?

Even as a kid I loved finding notes and letters: I grew up near a schoolyard, and they seemed to collect near the baseball diamond’s backstop. A note with a few lines scrawled can be a window into somebody else’s life.

They do give you insight into the human condition. Part of the reason they’re so raw and revealing is there’s truth and authenticity to them. A lot of what is presented to us is managed: Social media is a curated version of what we want to project. A letter is intended for an audience of one person. And some of these are journal entries. When you read them you feel like you are touching someone’s purest self.

For me it started with a note on my windshield addressed to someone named Mario. A love note from a girl named Amber. I thought a magazine would be a great way to share what people were finding, and it grew way beyond what I imagined. I feel like I’ve experienced thousands of other lives through these letters.

And the podcast takes it further along?

The podcast came because sometimes people recognized a note they’d written, and talking to the actual people could be mundane, or it could be more fantastic and unusual than what we could imagine… There are some notes I’ve wondered about for 10, 15 years.

A podcast is a distinctly digital-age kind of culture. But does your work get harder as we leave the material, analog world of written communication behind?

People are writing less notes now — but the way we can find things has multiplied. You might get an email sent to the wrong address. Instead of finding a note in the gutter, you might find a telephone with 50 pictures on it.

And if people have something really heavy to express, they often put pen to paper. I have friend who is a real purist, who says it has to be a piece of paper blowing down the street.

Your episode on a guy who wanted to become the Asian Oprah Winfrey had some classic storytelling elements — a little American dream, a little disappointment and compromise, a few surprise twists. Why did it seem like the story you wanted to launch your podcast with?

There were a lot of themes I could relate to. If I laugh at a note, it’s usually because I’m laughing at myself. We all have grand dreams; that’s something we all can relate to.

I feel like all the Hollywood stories we hear are the opposite — the guy who works at a pizza place and dreams of becoming a rapper. But I realized, there’s something kind of noble about adjusting our dreams, doing something positive in our communities. I love the story Jet tells about driving across the country, looking at the mountains and stars. I love the idea of someone giving up their dream to pursue another path.

But these are all real mysteries to me — I have no idea how they will turn out. That’s part of what’s exciting to me about them. We feel a bit like amateur detectives.

I don’t want to give it away, but this episode has a more-or-less happy ending with a sense of uplift. Will most of the episodes be like that, or will there be some that are grim or dangerous or scary?

Some of the stories we’re gonna explore will have some darkness or sadness to them. That’s what people write about, on these notes blowing down the street. I don’t want to make an episode that is mercilessly bleak. And people can talk about these things with joyousness and humor.