Firearms are on full display everywhere you look outside the RNC 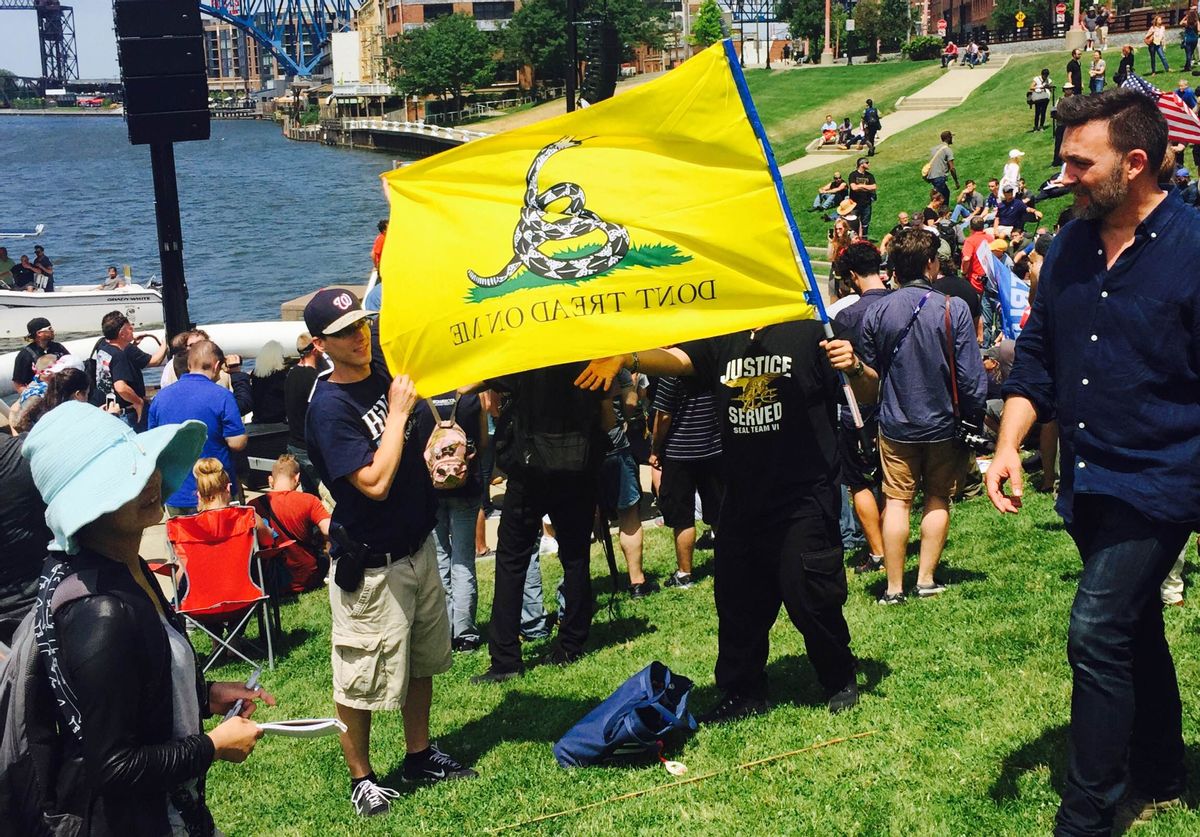 CLEVELAND - Days before the Republican convention, the Cleveland police union formally asked Gov. John Kasich to ban the open carrying of firearms near the Quicken Loans Arena. Law enforcement officials argued this was a necessary safety measure, both for them and for the public.

Kasich declined the request, saying he didn't have the authority to circumnavigate Ohio's open-carry law. Perhaps Kasich is right here, but the result of his inaction is apparent to anyone on the street in downtown Cleveland: There are guns everywhere. And as you can see from the above picture, which I snapped at a pro-Trump rally a few blocks from convention center, many of those guns are attached to the hips of open-carriers.

Thus far no violence has been reported, but there are three days of protesting ahead. The surplus of guns means a confrontation could turn bloody in a hurry, and without much forethought. Let's hope that never happens. But if it does, the decision to allow guns on the street in this charged climate will be roundly questioned.