Salon video: Teenager takes the stage at rally to sing an original tribute to Donald Trump 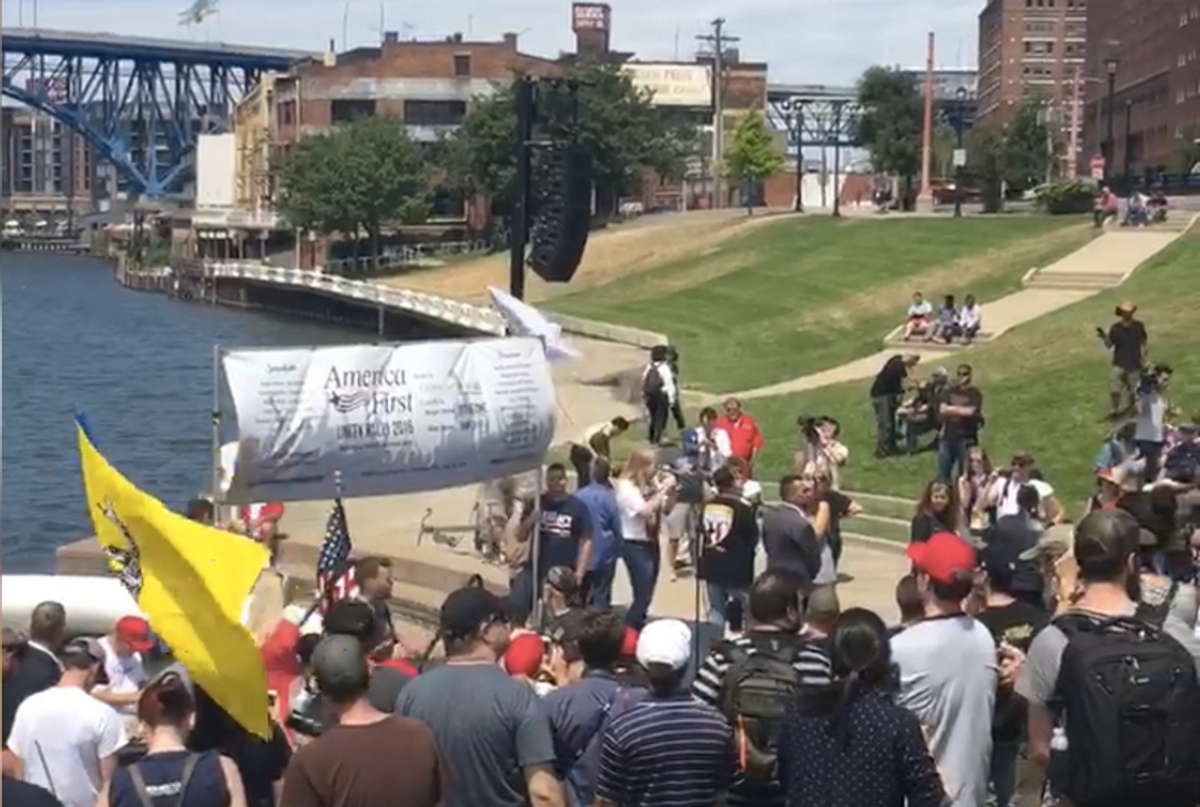 Facebook
Twitter
Reddit
Email
CLEVELAND – It's always awkward to see children used as political props. But that's the only way to describe what I saw on Monday afternoon at a pro-Trump rally near the arena where the Republican convention is being held. A 16-year-old girl named Kate Kuptenko was called to the stage to sing an original song called, and you can't make this stuff up, “Making America Great Again/Political Correctness.” As you can see from the short video clip, the song is basically just an extended melodized version of Trump's gaseous slogan, “Make America Great Again.”