Donald Trump and backlash culture: The RNC represents a futile effort to reverse our country's progress 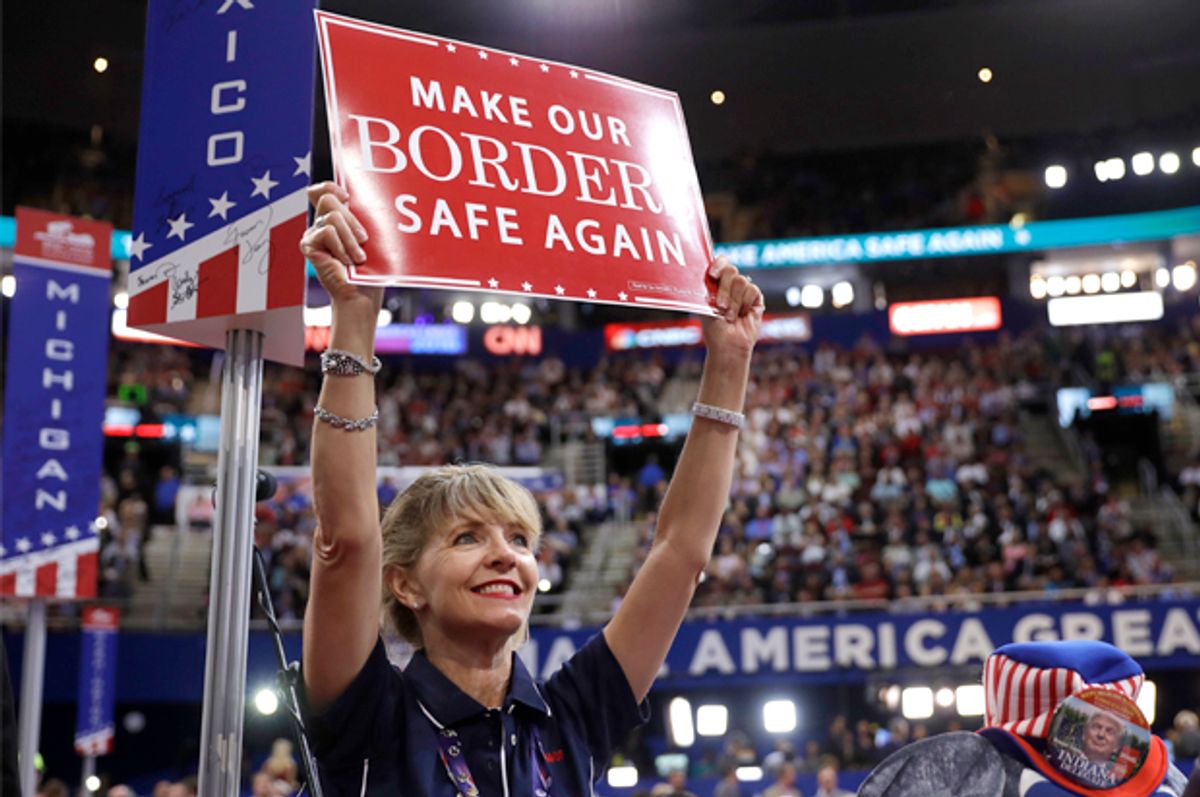 Delusional rabble-rousing, apocalyptic fear-mongering, flagrant falsehoods, dog-whistles and plagiarism; the Republican national convention has had all this and more since commencing earlier this week in Cleveland — and if everything goes according to plan, the GOP will officially be the Party of Trump by the week’s end.

Though some of the most prominent Republican figures have opted to boycott the convention because of Donald Trump — including the two last living Republican presidents — it hasn’t mattered very much. On Tuesday night, the billionaire was formally nominated as the party’s presidential candidate — thus making the nightmares of George Will and Mitt Romney a reality.

Not surprisingly, those who have been willing to attend and speak at the convention have taken Trump’s lead, employing an emotional, bombastic, and fact-free style. Former New York City mayor Rudolph Giuliani ranted and raved about how Donald will make America safe again (even though Americans are generally safer than ever before); right-wing Sheriff David Clarke gravely declared that “Blue Lives Matter” after the tragic killing of three cops in Baton Rouge on Sunday; and actor Scott Baio called on Trump supporters to “Make America America Again” (On Twitter, Chris Sullivan pondered what Biao’s remark actually meant: “What does that even mean? Do we all leave and give it back to NATIVE Americans?”).

These speakers were clearly suggesting that America is in a desperately bad way; unsafe, crime-ridden, weak and vulnerable. But like their presidential candidate, none were too focused on the facts. Like the fact that police officer shootings are extremely rare and have been in steady decline for decades (indeed, they currently at historic lows); the fact that crime has dropped dramatically over the past several decades (for a variety of reasons, including the legalization of abortion, the elimination of lead from gasoline, and the aging population); the fact that you are more likely to be fatally crushed by furniture than to be killed in a terrorist attack; or the fact that President Obama has deported more undocumented immigrants than any other president in history.

Overall, the 2016 convention has displayed an underlying truth about the modern conservative movement: it is less concerned with real world issues than it is with exaggerated (or imaginary) threats and trivial cultural grievances that can never be overcome (culture is an ever-evolving set of beliefs and attitudes, and you can’t just hit the rewind button — unless, of course, there is a totalitarian state, as in Nazi Germany).

It brings to mind Thomas Frank’s classic book on right-wing populism, "What’s The Matter With Kansas?", in which the author analyzes the reactionary backlash against the “partying and protests of the late sixties” and the country’s ever-changing social values and demographics — what he calls the “great backlash.” Leaders of the backlash movement, writes Frank, “have chosen to wage cultural battles where victory is impossible, where their followers’ feelings of powerlessness will be dramatized and their alienation aggravated... Its goal is not to win cultural battles but to take offense, conspicuously, vocally, even flamboyantly. Indignation is the great aesthetic of backlash culture.”

Trump is the culmination of this backlash culture. When the candidate says “Make America Great Again,” and Scott Baio calls on Republicans to “Make America America Again,” they are talking about the America that existed before the great backlash. Real America for them is the America of the 1950s — a decade that Baio helped romanticize in "Happy Days." When gays stayed in the closet; when women were forced to go underground for illegal and unsafe abortions and were expected to remain in the kitchen; when African Americans were treated like second-class citizens and expected to keep quiet about equality and Civil Rights; when everyone was a good Christian. In other words, before politically correct liberals ruined everything with tolerance and multiculturalism. Again, there is no going back — but these cultural grievances will continue to be effective political tools used by the economic and political elite to divide the masses. Which brings us back to Frank’s book:

“At the center of [the backlash] is a way of thinking about class that both encourages class hostility… and simultaneously denies the economic basis of the grievance,” Frank continues. “Class, conservatives insist, is not really about money or birth or even occupation. It is primarily a matter of authenticity, that most valuable cultural commodity... The erasure of the economic is a necessary precondition for most of the basic backlash ideas... In some ways, the backlash vision of life is nothing more than an old-fashioned leftist vision of the world with the economics drained out. Where the muckrakers of old faulted capitalism for botching this institution and that, the backlash thinkers simply change the script to blame liberalism.”

The angry, populist ethos at the 2016 Republican convention is akin to what you might have observed at a People’s Party rally in the 1890s. Of course the enemies are no longer J.P. Morgan and John D. Rockefeller, but haughty liberal elites emasculating America, Muslims and Mexicans invading the shores, and LGBT people corrupting the culture, and so on. The great backlash is destined to fail; but with the nomination of Trump, it is going out not with a whimper but a bang.