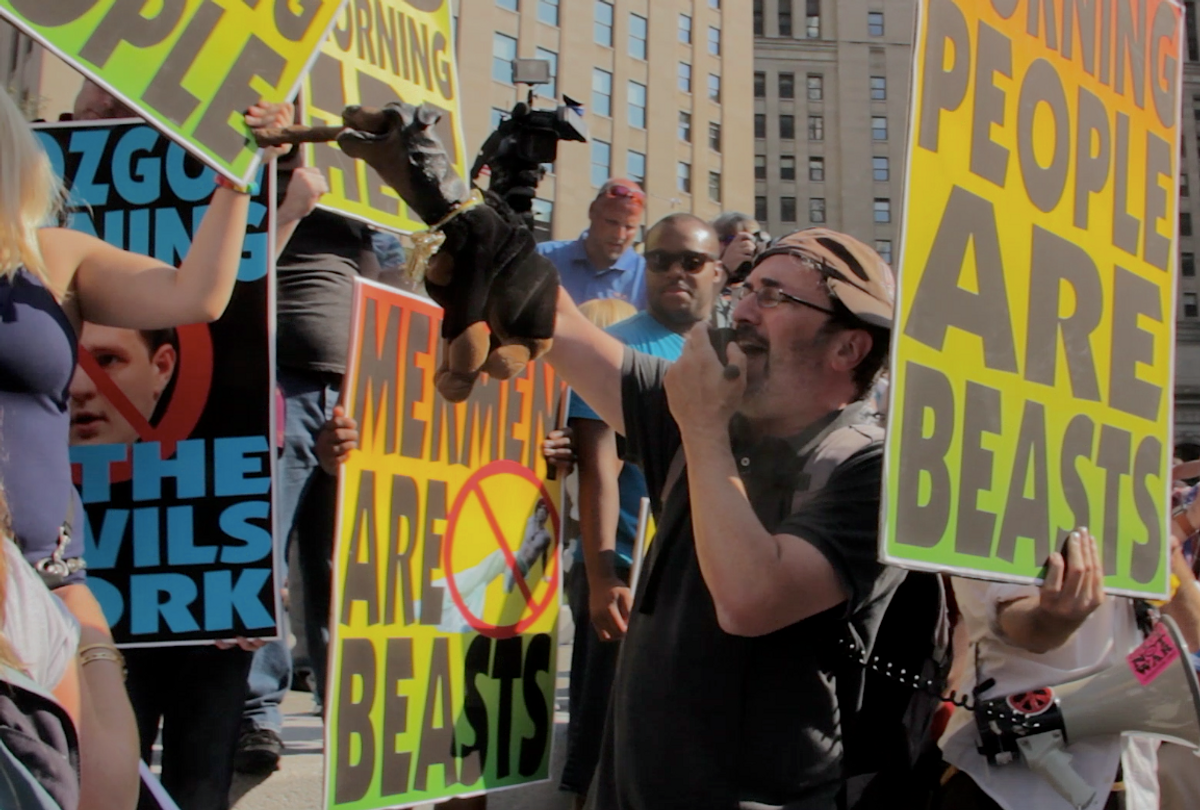 Members of the Westboro Baptist Church spoke and, well, performed outside of the Republican National Convention on Tuesday afternoon.

The Christian extremist hate group, which is notorious for protesting at the funerals of LGBT people, signed up for time on the stage in the official protest space in Cleveland's Public Square.

The event was surreal. Minutes after the Westboro Baptist Church zealots broke into an anti-LGBT rendition of the popular Disney song "Let It Go," a dozen protesters appeared, seemingly out of nowhere. They were carrying spoof signs using the same format, font and colors as those carried by the Westboro Baptist Church, yet emblazoned with absurd messages like "God hates mermen," "Bangs are the devil's children," "Morning people are beasts" and "God hates people born from c-sections."

Soon it became clear that the protest was being led by Triumph the Insult Comic Dog.

Salon asked comedian Robert Smigel, who plays the character, for the name of the group protesting.

"We're from the Eastboro, Southboro, Northboro, Southwestboro and Ryan Seacrestboro churches," he said in character.

Out of character, Smigel added, "It's a comedy bit for Hulu."

Two of the men participating told Salon they were actors paid to join in the scene.

Another actress recalled, "I was told I'm going to get paid to protest the Westboro Baptist Church at the RNC? I was like, absolutely!"

Jake Plunkett, a producer for the show, told Salon that they are filming a special covering both the RNC and the DNC, which will be held next week. It will be released on Hulu.