"All he has is a toy truck": Video shows unarmed black man with arms raised pleading with police moments before he was shot

"As long as I've got my hands up, they're not gonna shoot me," Kinsey says he thought. "Wow, was I wrong." 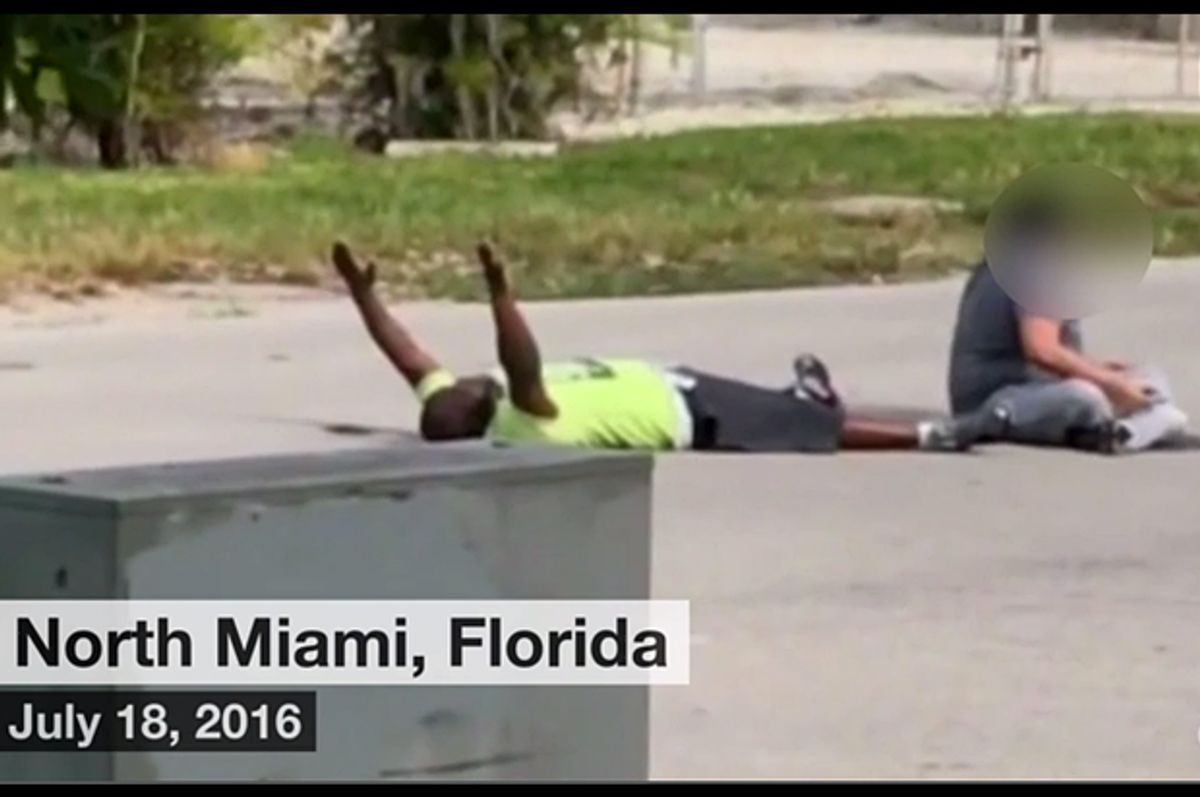 Video still of Charles Kinsey shortly before being shot by police. (CNN/WSVN)
--

Video has emerged showing an unarmed black man lying on the ground with his arms raised shortly before he was shot by North Miami police, WSVN News reports.

The man, Charles Kinsey, said he was confronted by police Monday as he was trying to help calm a distressed autistic patient with whom he works as a therapist. Video of the moments preceding the shooting shows Kinsey lying on his back while trying to calm the young man and explain the situation to police.

"All he has is a toy truck. A toy truck. I am a behavior therapist at a group home," Kinsey says, with his arms raised.

Soon after, a police officer fired on Kinsey, wounding him.

Kinsey said he asked the officer, "Sir, why did you shoot me?"

Video of the shooting itself has not surfaced.

Police arrived after receiving a call reporting that an armed man was threatening suicide at the scene. Kinsey said the man was his patient and that the gun referenced in the call was a toy truck.

North Miami police say they are investigating the incident with the assistance of the Miami-Dade state attorney's office.