Trump's campaign might want to rethink who it invites to speak, and quick, if it wants people to unite behind him 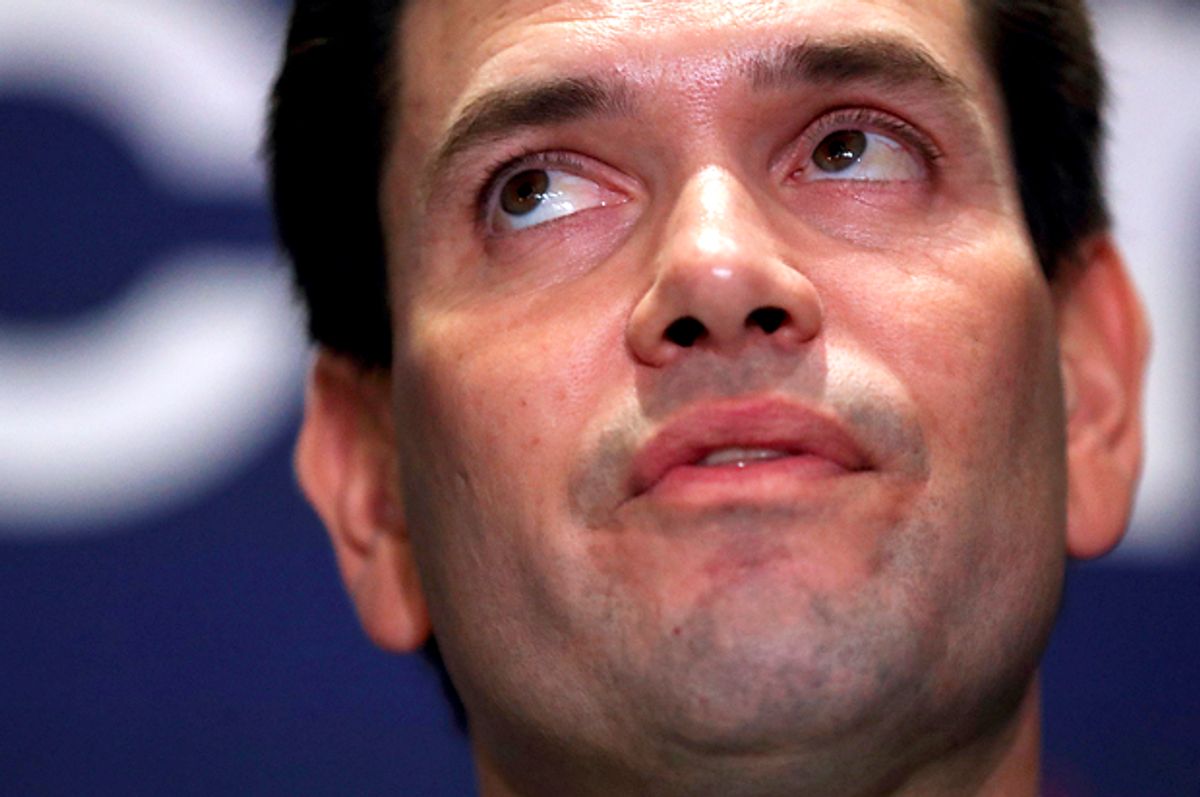 Florida Senator Marco Rubio appeared via video at the Republican National Convention to do what would have seemed impossible four months ago -- pledge his support to Donald Trump as the GOP presidential candidate.

The two engaged in a particularly vicious and juvenile series of spats during the primary, in which Rubio called Trump a small-handed "con artist" and intimated that his hands weren't the only area of his anatomy that was inadequate. He also referred to Trump as "the most vulgar person ever to aspire to the presidency," attacking him for both his proposal to build a wall between the United States and Mexico, as well as his proposed ban on Muslim immigration.

Rubio eventually capitulated to the inevitable, however, and vowed to stay true to the pledge all the candidates took in December to support the eventual GOP nominee, saying that "Trump will repeal Obamacare, Clinton won't" and that he wanted "the successor to Antonin Scalia on the Supreme Court to be a conservative. I believe that’s the kind of judge that he’ll appoint, and I know she won’t. I want someone that will defend life. I know he will and she won’t."

On Wednesday, he expanded on that sentiment, saying that Clinton "planted the seeds of the disaster that we now know as Obamacare. She was an ultra-liberal senator, a reliable vote for crony capitalism, Wall Street bail-outs, and middle-class tax hikes."

Moreover, he said, "she was a key figure in implementing Barack Obama's shameful foreign policy record of appeasing our enemies and betraying our allies, and diminishing our role in the world. She turned her back on the fallen heroes in Benghazi," Rubio added, "and then she lied about it to the American people."

Rubio did not officially give Trump his endorsement, nor did he say, unequivocally, that he would be voting for the GOP candidate.