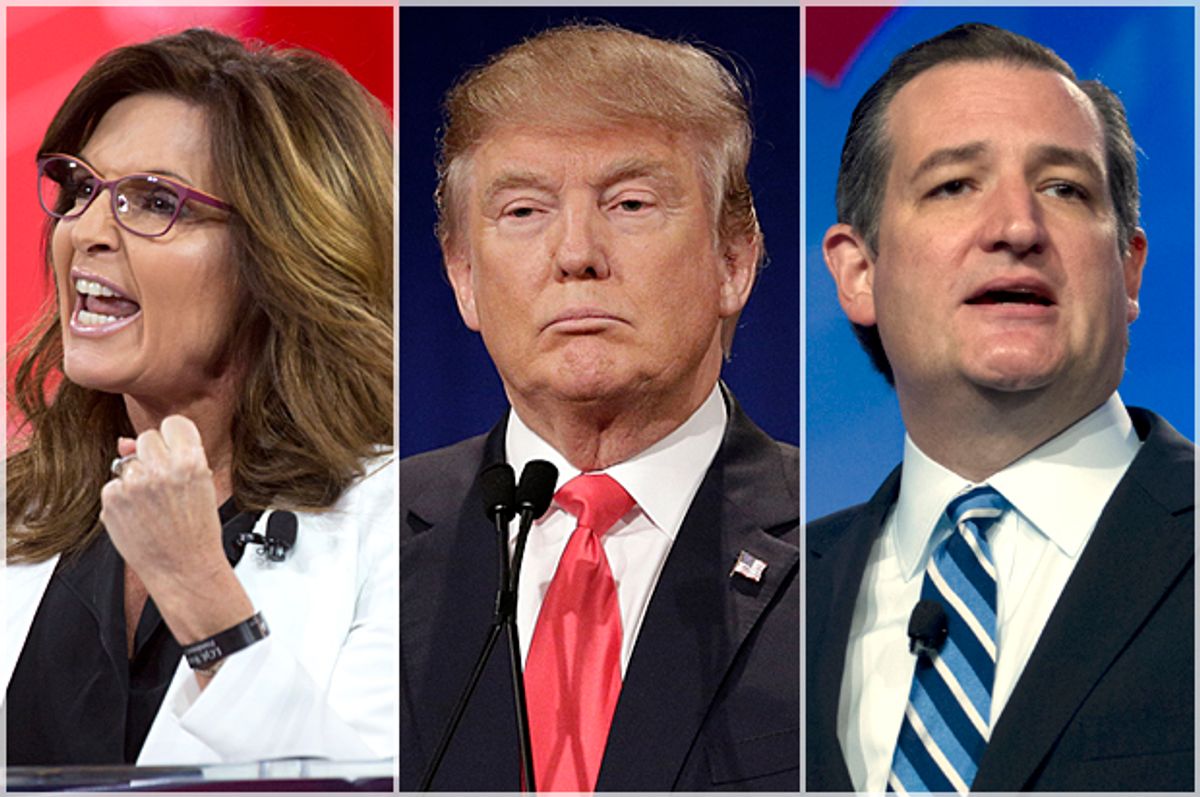 “I would not be in the U.S. Senate today if it were not for Governor Palin,” Tea Party darling turned Texas Republican Senator Ted Cruz said in 2013, thanking the half-term former governor of Alaska turned failed Republican vice presidential candidate.

Little more than three years later, the freshman senator had become persona non grata in the eyes of his political maker after refusing to endorse Republican presidential nominee Donald Trump at the Republican National Convention Wednesday.

"Cruz’s broken pledge to support the will of the people tonight was one of those career-ending “read my lips” moments. Palin told Breitbart. “We’ve been burned so horribly by that attitude that voters won’t reward politicians pulling that ‘what difference does it make’ stunt again.”

"Turns out Ted Cruz’s partner, Carly Fiorina, had a more graceful exit from the political stage than he had," she said, throwing in a dig at the former HP executive who accepted the running mate slot on a doomed Cruz campaign days before Trump effectively clinched the nomination.

“I guarantee American voters took notice and felt more unsettling confirmation as to why we don’t much like typical politicians because they campaign one way, but act out another way,” Palin predicted, dismissing suggestions that her former friend was cunningly positioning himself for a 2020 presidential run.

"It’s commonplace for politicians to disbelieve their word is their bond," Palin said in disappointment, echoing a turn of phrase used by Michelle Obama in her 2008 Democratic National Convention address and infamously plagiarized by Trump's wife Melania this week.

According to Breitbart, Palin also "passed along" a bizarre video mocking the "Ted Clinton Campaign" set to the song “Road to Nowhere” by The Talking Heads: