The 2020 race has already begun: Ted Cruz turns the RNC upside down — and starts a new race to the White House

Ted Cruz took a huge risk in front of millions of people at the RNC — but will it make him or destroy him? 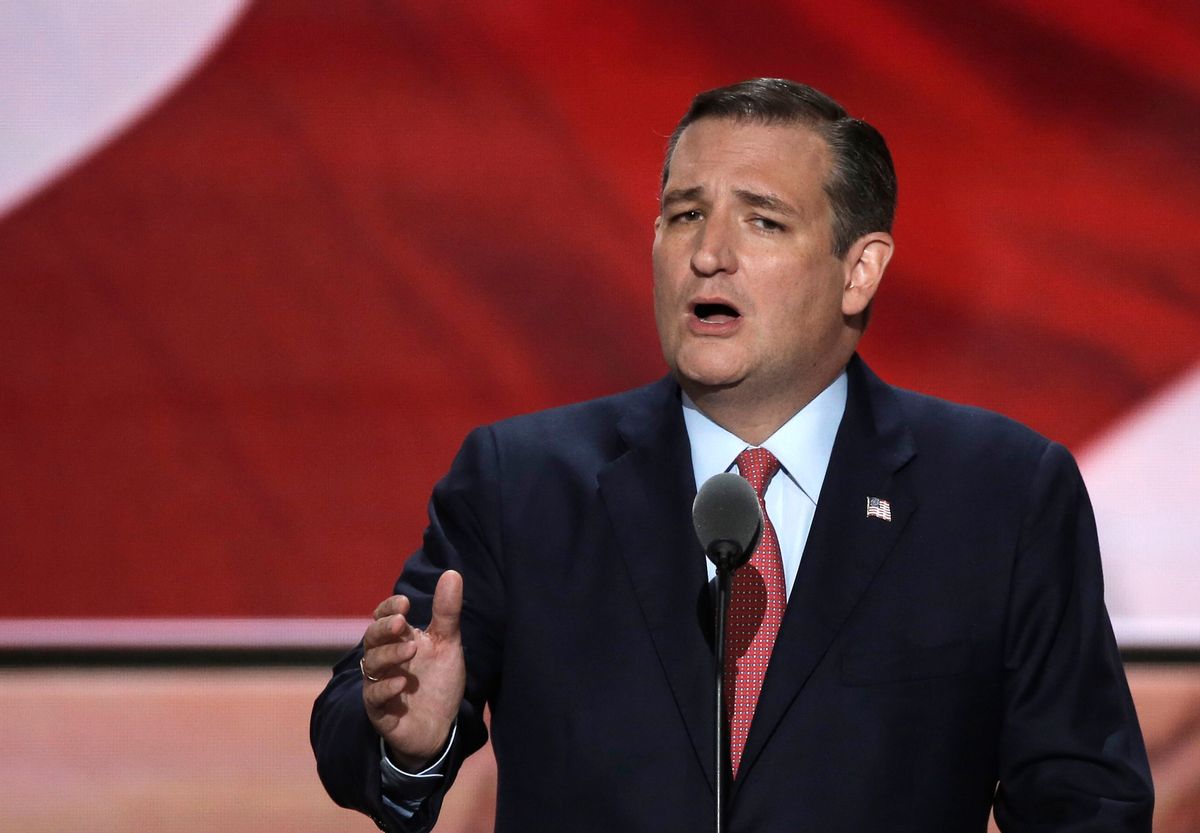 Actually, those issues have been roiling under the surface of the convention since the beginning of the week when Trump campaign manager went to the press and complained about John Kasich refusing to endorse the nominee. The bad blood was evident in angry exchanges between the two camps even forcing Paul Ryan to step into it and take up for the Ohio Governor. The issue appears to go beyond Kasich refusing to attend the convention and is more due to the fact that that he does not seem to be willing to put his organization to work for Trump to win the vital swing state in the fall. This explains Trump's repeated non-sequitur "we're gonna win Ohio!" over the last couple of days.

The feud continued through yesterday when the Kasich team leaked a story to the New York Times on the day Gov. Mike Pence was to formally accept the nomination for Vice President that Donald Jr had offered the Ohio governor the job back in May, telling him that he'd be in charge of both foreign and domestic policy, freeing President Trump up to Make America Great Again. The Trump people denied the story but it was certain to leave a bad taste in Pence's mouth on the morning of his big night.

Another former rival, Jeb Bush, also declined to attend or participate in the convention but wrote a scathing op-ed in the Washington Post on the eve of the gathering saying "Trump's abrasive, Know Nothing-like nativist rhetoric has blocked out sober discourse about how to tackle America's big challenges." He even suggested he might vote for the libertarian party candidate in the fall. That's an amazing statement coming from a member of the Bush family. A USA Today headline read "Once revered, Jeb Bush now an object of scorn for refusing to back Trump."

Those two are important because they could deliver votes on the one hand and money on the other and neither are willing to help Trump win. It's impossible to know how much personal ambition plays into this, probably some, but it's also possible that both of these men believe that Trump is a malignant force that is destroying their party and potentially the country. If they were only concerned with their own political futures, there is no reason they couldn't participate and endorse. It's not as if others aren't doing it.

One needs only look at Chris Christie who debased himself at Trump's feet for months in the hopes of being chosen for VP only to be spurned and embarrassed when he was passed over. But he gamely led a vicious witch hunt against Hillary Clinton on Tuesday night, obviously still willing to do whatever wet work Trump might require in the wan hope that he might be Attorney General in a Trump administration.

Others, who want to preserve their viability for a more realistic future are a bit less enthusiastic. Former governor Rick Perry introduces war hero Marcus Luttrell on the first night without ever mentioning Trump's name. Contrast that with Wisconsin Governor Scott Walker, once considered the GOP's brightest star, who took the stage on Wednesday and shouted his speech in a strange cadence that had people wondering what was wrong with him. Considering how bad the convention has been in general and the events that followed Walkers weird speech it probably won't be remembered. But in any other year people would be writing think pieces about why anyone ever thought Scott Walker was presidential material.

And then there was "lil' Marco" Rubio who in his inimitable fashion was too cute by half. He refused to attend the convention but agreed to do a short video trashing Clinton and endorsing Trump. It was ineffective at maintaining his distance or at delivering his endorsement and came off as manipulative and fake. It probably will not hurt him in Florida but it certainly didn't help his future national prospects.

Ted Cruz, however, did something you rarely see in politics.He took a huge risk in front of millions of people and nobody knows whether it made him or destroyed him. He showed up, he gave a speech, he congratulated Trump on his win and then pointedly did not endorse him. It earned him boos and jeers from the crowd at the end, when the Trump delegates all realized he wasn't going to be a good boy and follow the rules. They must have forgotten who they were dealing with.

Everyone assumes that he did this to set up his run in 2020 and that seems like a good bet. But it's worth listening to his speech if that's so. It wasn't your typical fiery, right-wing Ted Cruz speech.  It was, of course, extremely conservative, hitting all the hot button social issues and jingoistic high notes. But the rhetoric was couched in words like diversity and tolerance and respect.  He even gave a nod to gays and Muslims and atheists and honored the family of Alton Sterling (which was met with stunned silence by the crowd.) It was the most "compassionate conservative" speech of the convention, contrasting sharply with the hard-edged, angry verbal violence of the all the pro-Trump speakers. That was not an accident.

He knew he would be booed in that hall. He also had to know that after days of watching his former rivals grovelling before the man who had grossly insulted them for months, Republicans watching at home would see someone who didn't take potshots from afar but went into the belly of the beast, stood before the angry mob and Donald Trump himself and pointedly said they should vote their conscience in November. If his bet is that Trump is going to lose big and becomes an embarrassing memory for the GOP,  that's what he's betting he'll be remembered for.

I have always thought Cruz was an underrated politician in the Nixon mode, an unpleasant fellow who makes up for it with intelligence, hard work and strategic foresight. He's a liberal's nightmare in so many ways. It would be a mistake to underestimate him.