"Maybe tonight will be the night all hell breaks loose": Roaming the strangely chaos-free RNC 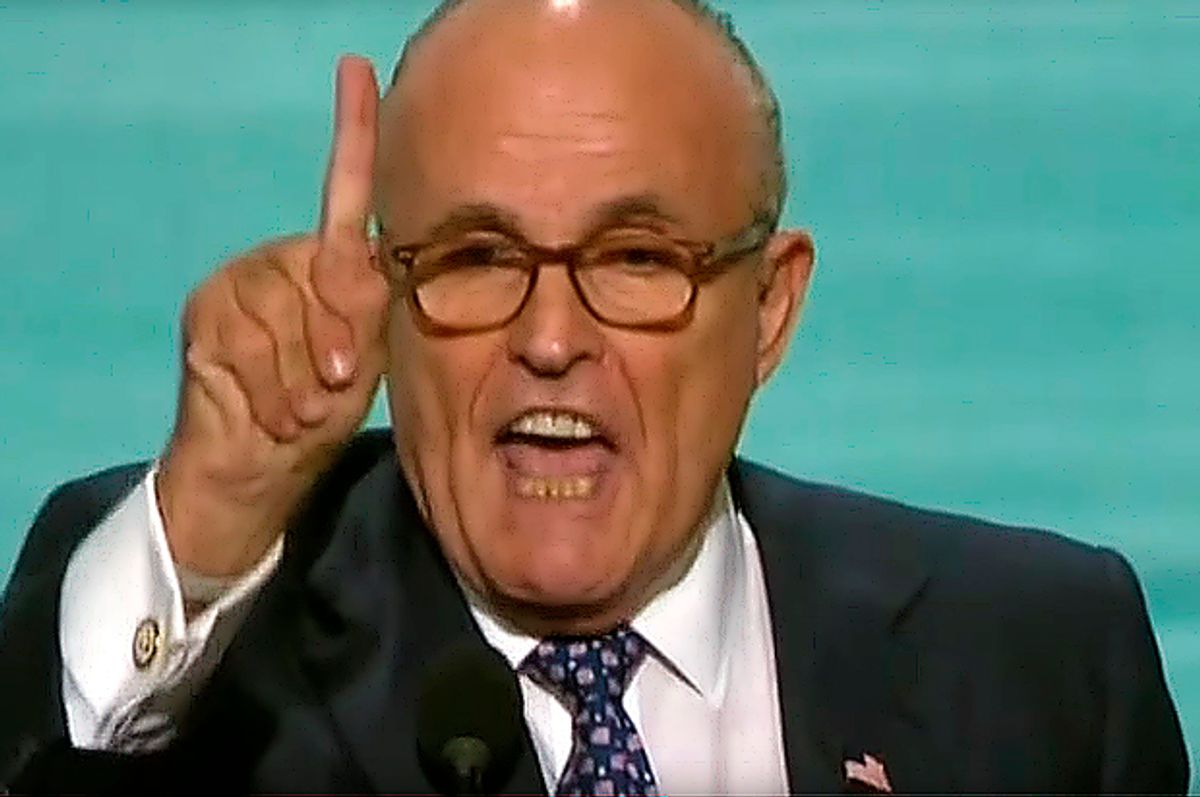 There will be other footage of the Republican National Convention, but some of the most unusual may come from Vic Berger, the Pennsylvania-based video editor best known for his satirical Vines of political figures. Berger is, with comedian Tim Heidecker, making a documentary that combines conversations with regular convention attendees with edited versions of official speeches. There’s also a subtext involving the singer Chubby Checker, best known for his 1960 cover of “The Twist.”

The doc will be about 30 minutes and be released on Super Deluxe sometime this weekend. It will include, for example, bits of this speech by Rudy Giulani.

We spoke with Berger by phone from Cleveland. The interview has been lightly edited for clarity.

How long have you been at the convention, and what’s the tone been like?

We’ve been here since Day 1. From what we’re seeing, it’s fairly positive. We came in expecting more chaos than we’ve seen. These people might seem scary and jumpy, but they’re just people too. They’re pretty polite.

The only violent thing we’ve seen was on Fourth Street, I think, where 100 cops were rushing past, shouting “Move it, move it” because someone lit a flag on fire.

We went to the Alex Jones rally — but even those guys were pretty nice. One of ‘em gave a pretty fiery speech, and then he came up to us in his cowboy hat and was pretty nice.

It doesn’t sound like a terribly incendiary documentary. Will it have much like to it? Will you get the speeches, too?

I’ll be editing the speeches, and Tim and I will have a personal story to try to make sense of it.

Is the goal to capture convention-goers and not just the official activity?

Yeah, it’s about another viewpoint, rather than coming out and giving our opinions.

Sounds like you have’t seen any serious bigotry despite Donald Trump’s reputation for attracting extremist supporters.

I haven’t. But it may be going on. We haven’t been to the official First Amendment area.

We saw some Infowars people shouting at Van Jones. But he came across the street to talk to them, and they shook hands.

Any idea why things seem so civil despite the predictions of rioting and protests?

I don’t have a theory on this. Maybe tonight will be the night all hell breaks loose.

So you won’t be making Vines here. What form will your doc take?

It’ll be me going around talking to people. And I’ll be editing Trump’s speech. And things like the Giuliani speech. That was pretty out there. I think because of the Melania plagiarism thing, a lot of people forgot how insane that was.

You've spoken to a lot of people on the floor. How are they seeing all of this?

They’re looking for someone who says what they’re thinking. Even though Trump doesn’t really represent them. He doesn’t give specifics, but he’s confident and cocky and they’re looking for that. They’re okay with him if he’s not picking on them.

So will this be about the relationship of Middle Americans to an unusual candidate?

It’s also about my bizarre story, involving Chubby Checker. I’ve made a lot of videos involving him. But he’s not part of the Rock Hall of Fame. I don’t want to give away too much. But his basic story will be in there. The Chubby part is part of my story.