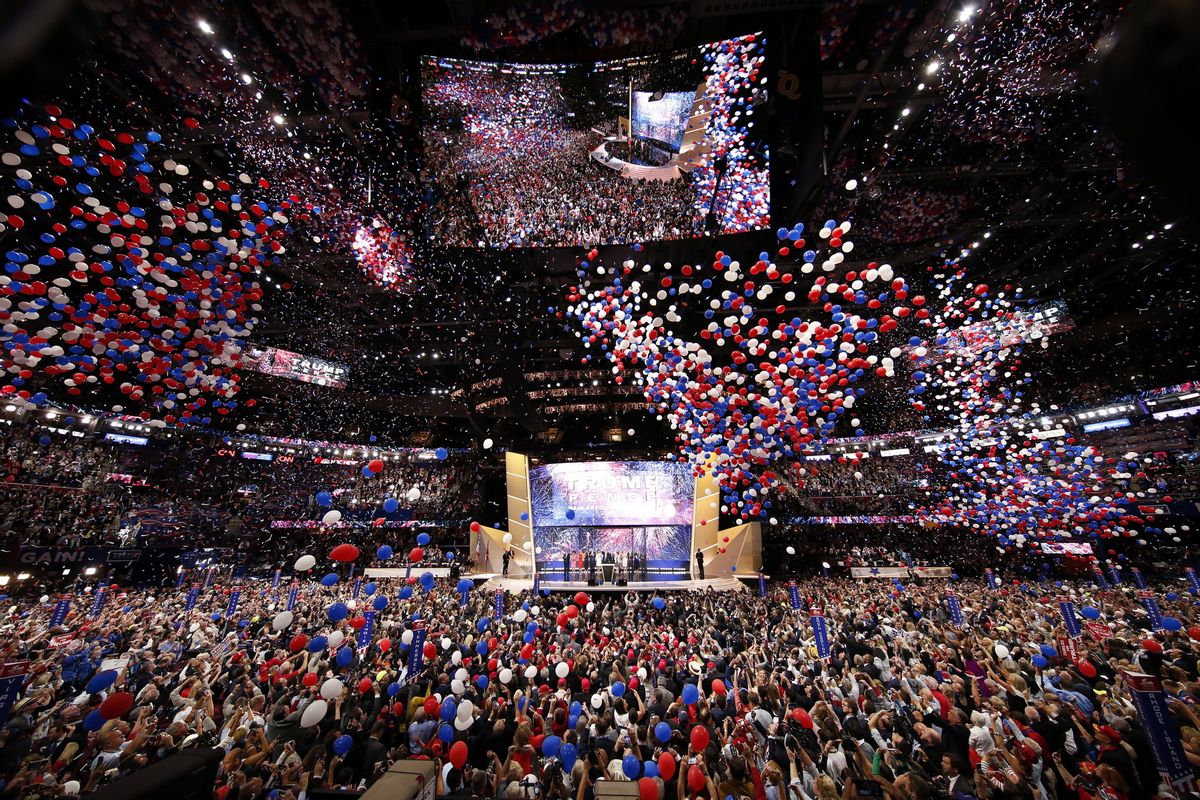 On the last night of the Republican National Convention, as Donald Trump accepted his nomination for president, two tweets from racist accounts were prominently displayed in the convention hall.

According to the Southern Poverty Law Center, the VDARE Foundation is an extremist group that often hosts anti-immigrant, anti-Semitic and white nationalist viewpoints and columns on its website VDARE.com.

Then, as Trump stepped onto the stage to deliver his 75-minute Willie Horton ad disguised as an acceptance speech, another tweet appeared on four large screens in the Quicken Loans Arena:

According to Time, it was one of a series of tweets by Twitter users that appeared in the hall after being curated by the RNC:

The account bio describes the user as "#AltRight," "#ProWhite" and a "#RaceRealist."

These tweets came hours after a Trump delegate was booted from the RNC for posting racist rants online under the handle “Whitepride”: