The beginning of the end: Trump's nomination signals the collapse of an ideological movement and a political party 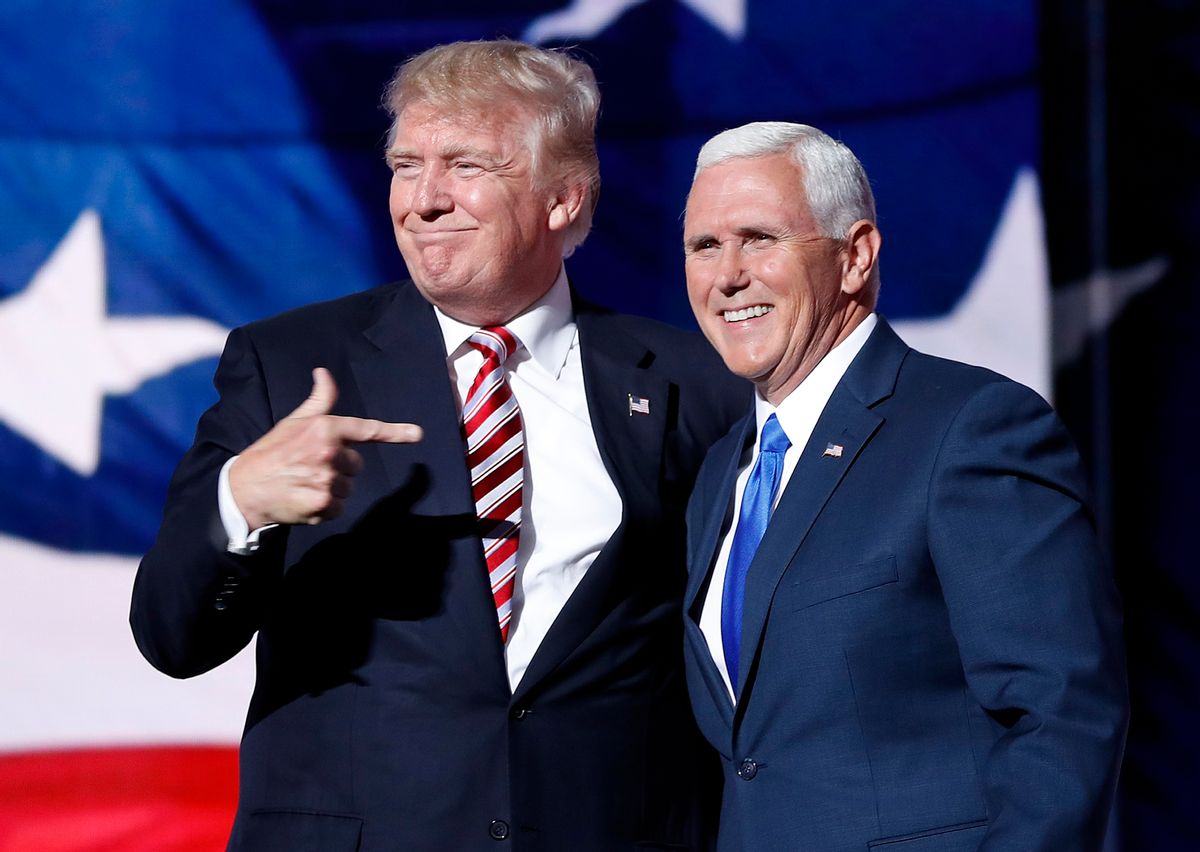 At the end of Donald Trump's interminable acceptance speech at the Republican National Convention last night, CNN commentator Ana Navarro had this to say:

I am getting texts from Republican congressmen who are saying "I'm embarrassed of my party," "he sounded like a fearmonger," "this is not Republicanism." A lot of Republicans today are cringing by what we've seen tonight.... Go listen to the words of the chief of police of Dallas, that's the kind of thing that will get us past this crisis not this fearmongering, not this disgusting speech that we heard tonight that does nothing but bring out the darkness in America. It is terrifying to me.

It was terrifying to a lot of people and that was the point. Indeed, if you look at all four nights of the RNC, the overriding theme was that Hillary Clinton and her death cult of illegal immigrants, Muslim terrorists and cop killers have turned America into a bleak, dystopian hellscape and only Donald Trump can turn it around. Indeed, it's so bad that Trump can't even tell us how he's going to do it just know that he's going to do it "fast" and we're going to win.

There were plenty of hot takes on the speech last night ranging from mainstream pundits who inexplicably thought Trump was  "restrained" because he refrained from calling Hillary Clinton names (other than a liar and a criminal) and those who saw a demagogue shouting at the American people for nearly an hour and a half in a manner reminiscent of certain historical figures who also liked to harangue large adoring crowds for hours about national pride and white grievance. There is definitely a divide between those who thought his speech was inspiring and those who thought it was terrifying. The question will be how many people fall on either side. We will know that soon enough.

In the meantime, it's clear that the Trump phenomenon is not simply a matter of a charismatic con man dazzling a large number of Republicans into believing that he's going to magically turn back the clock to a time that only existed in the imaginations of Hollywood screenwriters. It's about the collapse of an ideological movement and a political party. The bottom has fallen out of an entire belief system. That's where the darkness is coming from.

The last two decades have been disastrous for the conservative movement and not just because it "ran its course" or "matured." The three pillars of conservatism, traditional values, free market economics and a strong national defense all failed and failed in rather spectacular fashion.

Social conservatism has been reduced from what was once a dominant political and cultural force to a rear guard action fighting to roll back abortion rights in the states and tilting at windmills to ban birth control.  The gay rights movement has successfully left them reeling, so much so that even Donald Trump gave an awkward shout out to the LGBTQ community in his speech last night promising to protect them from Muslim terrorists. The culture warriors are still toiling away, particularly on their new "religious liberty" legal line of attack but the fact that the large evangelical base is ardent in their support for a New York libertine with children from three different wives has exposed their heretofore unseen flexible virtue. They will no longer be able to credibly attack the Democrats for their allegedly loose morals.

The failure of the conservative national security philosophy was laid bare by the Bush administration's Iraq war debacle. The vast majority of the people in that hall in Cleveland undoubtedly cheered George Bush's disastrous policies at the time assuming that all wars would be glorious antiseptic (for America) successes like the first Gulf War. Their Vietnam propaganda had led them to misunderstand the practical restraints that exist around US military power and they believed that the war machine in the hands of a Republican could only bring victory. They learned otherwise and today they are supporting a man whose national security policy is completely incoherent but who promises to make the world "respect" us again.

Finally the financial crisis exposed the risk inherent in free-market economics and the idea that all you have to do is keep interest rates low, cut taxes and let the brilliant masters of the universe do their magic. It turned out that without some restraints these financial geniuses could not help but turn into degenerate gamblers and the low tax dogma resulted in dangerous income inequality. The instability of the middle class and the stalling out of traditional social and economic mobility created the environment for a flim flam artist like Trump to exploit the resultant insecurity.

All that's left of the "three-legged stool" of conservatism is the seat --- racism, nativism and xenophobia.  That's what Trump is running on. And it's also failing. As you can see by the words of Ana Navarro or Ted Cruz, John Kasich or Jeb Bush or the whole staff of National Review, the party is splitting over that issue as well.  The conservative movement as we've known it is disintegrating.

It's possible that Trump will win the election in November in which case we will all have bigger problems and the GOP will have already morphed into something very new and very scary.  But assuming that he doesn't pull it off it's going to be interesting to see how the remains of Reagan's Republican party deals with the smoldering remains of their party.  At this point there are no leaders who are untainted by hypocrisy and past mistakes, no new ideas, no "young guns." The dark, dystopian vision we saw this week in Cleveland is all they have left. For the conservative movement it's midnight in America.