Even Bernie Sanders got in on the live-tweeting action 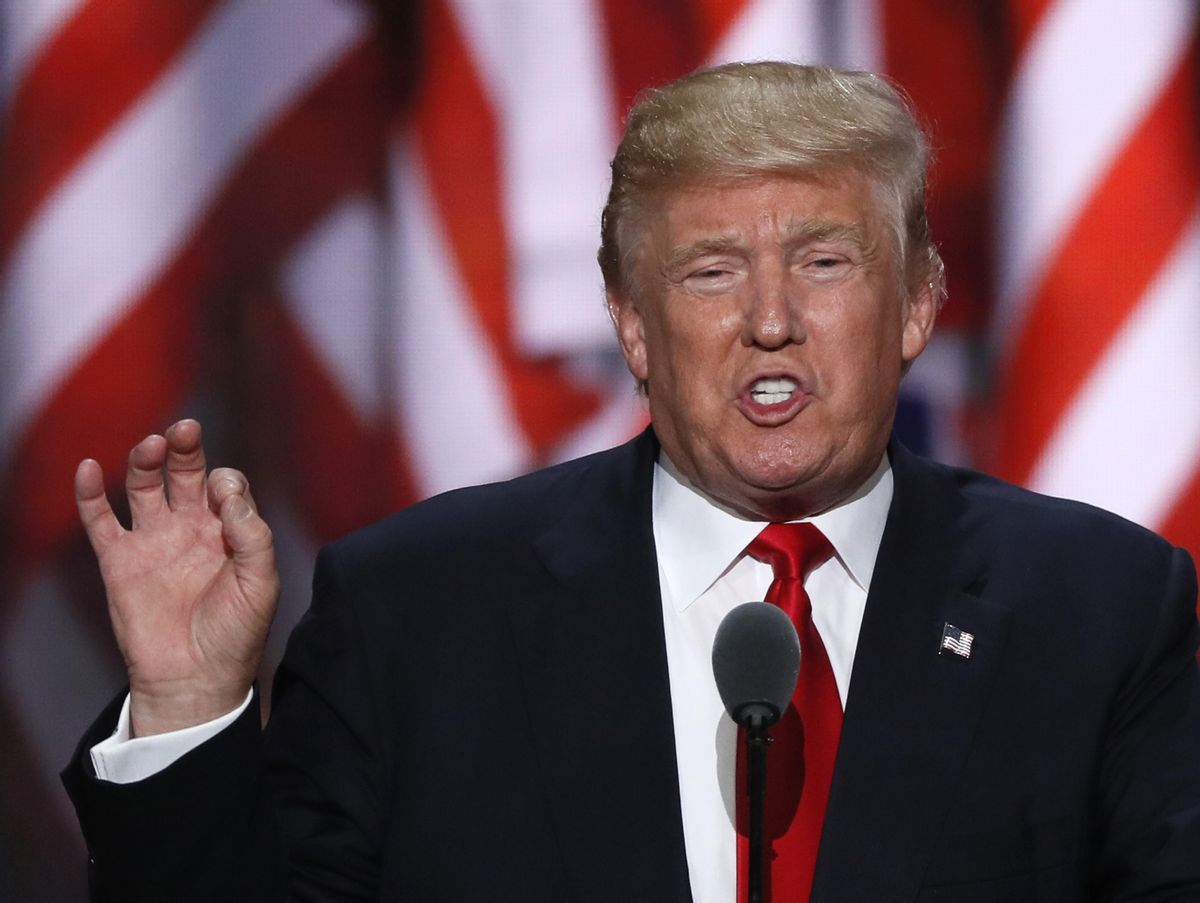 Donald Trump finally had his big moment in the spotlight Thursday evening, delivering his much-ballyhooed speech accepting the Republican Party's presidential nomination to close the Republican National Convention in Cleveland.

In a long and plodding speech that painted a grim vision of America and its standing in the world, Trump delivered little in the way of specific policy solutions.

After an introduction from his daughter Ivanka, Trump took the stage to cheers from the RNC crowd:

A draft of Trump's speech was leaked to the press hours before it was scheduled to be delivered, and despite speculation that the leak would prompt Trump to stray from the scripted remarks, his comments mostly mirrored the version of the speech published by multiple outlets earlier in the afternoon:

Trump's scripted speech stood in stark contrast to the freewheeling style he often utilized on the campaign trail:

Compared to previous RNC speakers, Trump even showed a measure of restraint in his response to the audience during his criticism of Hillary Clinton:

Trump's call for an end to political correctness drew a strong response from the crowd:

At one point, Trump paused while a protester was removed from the arena:

Bernie Sanders got in on the act, live-tweeting his reactions to Trump's speech:

While Trump's speech was heavy on rhetoric about "law and order" and putting "America First," it was light on specifics:

Anti-Trump conservatives, predictably, were not pleased with the remarks of their party's nominee:

Addressing the Orlando mass shooting, Trump pledged, "I will do everything in my power to protect our LGBTQ citizens from the violence and oppression of a hateful foreign ideology."

Trump pledged to "immediately suspend immigration from any nation that has been compromised by terrorism," prompting speculation about which countries might be included in that category:

After an hour and fifteen minutes, Trump finally wrapped things up: