Unity through racism: Trump makes his big play to make the GOP a white nationalist party

The last night of the RNC had socially liberal appeals, but only in service of a gross racist diatribe from Trump 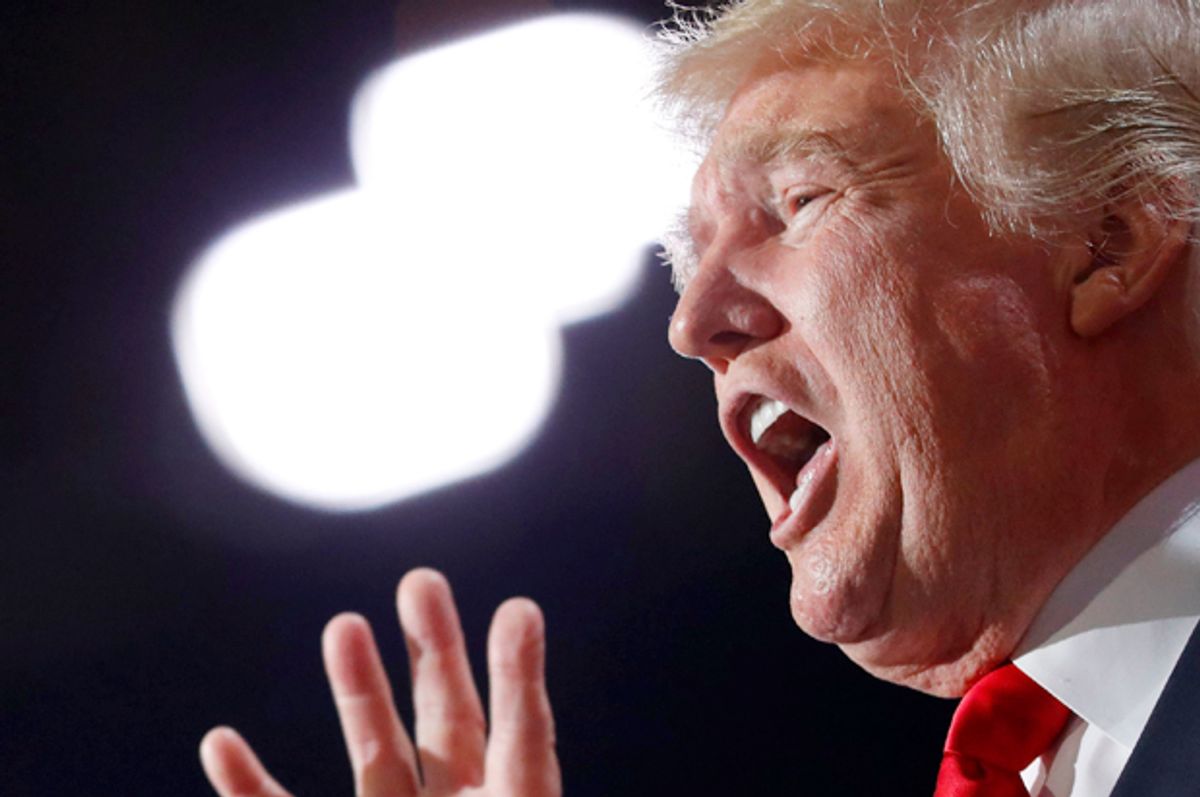 The final night of the Republican National Convention was as confusing and incoherent as it was disturbing. Before Donald Trump brought forward his chilling imitation of history's greatest fascists, Ivanka Trump and Peter Thiel made bizarre plays for the votes of women and LGBT people.

Ivanka Trump riffed on issues like equal pay and affordable childcare, which are typically Democratic issues. Thiel announced that he's "proud to be gay" to wild applause from a roomful of people who are the very base that voted against the rights and dignity of LGBT people, over and over again.

"This is a distraction from our real problems," Thiel said of the battle over trans people using the bathroom. "Who cares?"

Well, the people in the audience care. Indeed, they are the only people who care at all. If all Republican voters agreed tomorrow to stop worrying about trans people in bathrooms, the issue would evaporate and no one would ever talk about it again. But the way the audience went nuts, you would think that it's Democrats who are passing a bunch of laws policing who uses what bathroom.

This display, however, should not be mistaken for Trump attempting to pull the Republican party to the left.

Trump was aiming for another message entirely: That white people — gay or straight, male or female — should come together, hold hands, and agree that the scary dark-skinned people are a bunch of murdering rapists who are coming to kill us all.

"Make America One Again" was the theme, and it was immediately made clear that "one" was defined in white nationalist terms. His speech painted a dark picture of "massive refugee flows" and "violence spilling across our borders"and that this brown-skinned menace "will overwhelm your schools and hospitals". The "unity" theme of the night was one of white people unifying in a shared hatred and fear of the dark-skinned other, who supposedly preys on and means to destroy white people.

It's frightfully easy to see how his strategy can work. The religious right is in decline and it's harder than ever to build conservative coalitions around the notion that gay people or women don't deserve equal rights. Many conservative people have out gay friends and relatives. Women like Ivanka Trump — professional, successful, and beautiful — are becoming just as much a conservative ideal as the happy homemaker of yore.

That the right would reorganize itself around more racist lines, under the circumstances, makes sense. The right needs an "us vs. them" narrative to justify its existence. With "traditionalists vs. modernists" breaking down, "white vs. everyone else" is stepping in to fill its place.

The obvious hope of the Trump camp is that his hate-and-fear message can bring in white voters the Republicans have lost over the years to anti-feminism and homophobia. They may not be religious conservatives, the thinking seems to go, but they are afraid of Syrian refugees.

All that said, it's also hard to imagine that this is a path to victory for Trump. To win, it's not enough for Trump to get the people who voted for Mitt Romney in 2012; he has to chip off some of Barack Obama's voters. It's hard to imagine many who are both willing to pull the lever for a black president and open to the racist diatribe Trump just barfed on our nation.