WATCH: Post-RNC, Trump goes on the attack -- against Ted Cruz and John Kasich

Forget any presidential "pivot." A day after the RNC, Trump held a press conference to rehash his primary battles 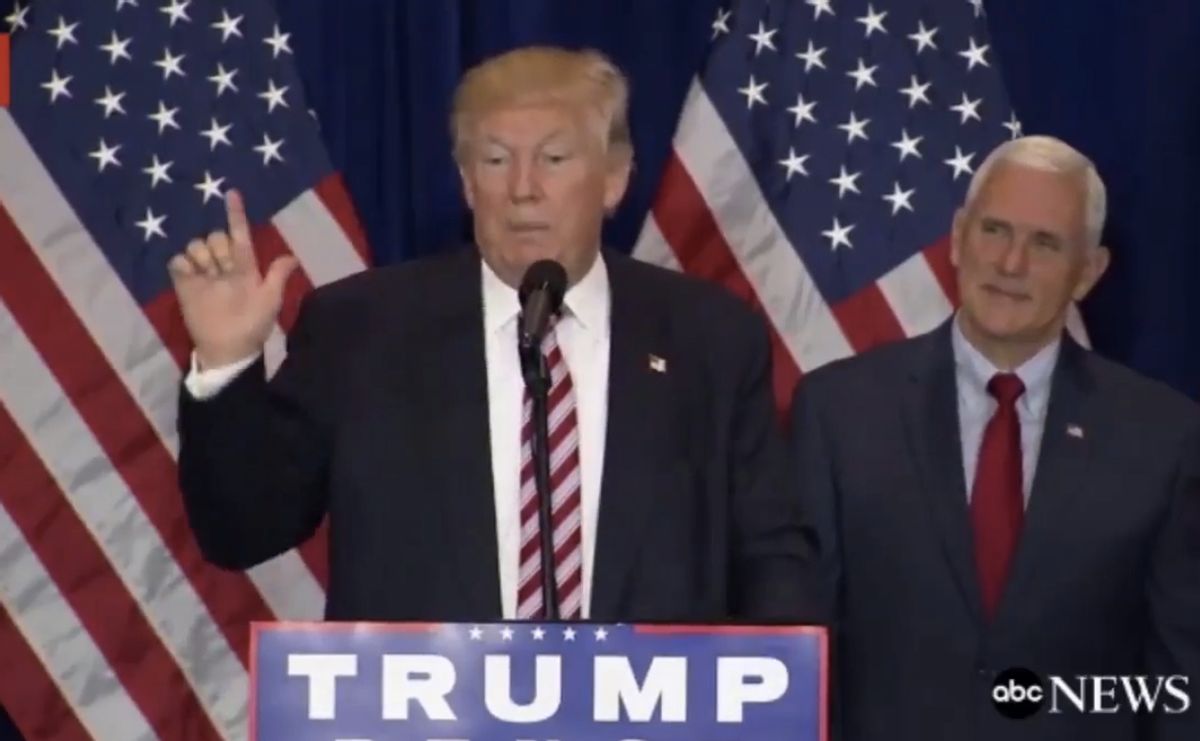 At his first public apperance as the official GOP presidential nominee, Donald Trump joked that he would set up a super PAC against Ted Cruz while President, lauded the National Enquirer as a Pulitzer-worthy tabloid,

With his running mate, Indiana Governor Mike Pence, at his side, instead of any so-called presidential "pivot," Trump instead offered his stream of consciousness analysis of the the four day Republican festivities in Cleveland. His first focus, relitigating his bromance turned bitter rivalry against Cruz.

On Wednesday, Cruz ignited Quicken Loans Arena when he addressed the convention without offering his endorsement of the party's pick for president. The next day, Cruz citied Trump's outrageous attacks on his father, Rafael, and wife, Heidi, as reasons for his continued objection to Trump.

“I feel so bad,” Trump joked about not winning Cruz's support. "Honestly, he may have ruined his political career."

“[T]here was a picture on the front page of the National Enquirer, which does have credibility,” Trump said, reminding reporters that he has called for the tabloid to win rewards for its reporting on John Edwards. The paper alleged that Cruz’s dad had been apart of the JFK assassination plot.

Trump then dismissed posting an unflattering photo of Cruz’s wife to Twitter, saying she was “the best thing he has got going” for him.

“Heidi is a good person,” Trump said, adding that the senator "has good intellect, but doesn't know how to use it."

"Somebody got booed the hell out of a place by thousands and thousands of people," Trump said of Cruz's RNC apperance. "There wasn't one person in the room -- not one. And then they said there may not be unity. Unity? There wasn't one person in the room, including the Texas delegation, right? Honestly, he may have ruined his political career. I feel so badly. I feel so badly."

"If he gives it, I will not accept it," Trump said of a possible late endorsement from Cruz.

And Cruz wasn't the only subject of Trump's post-RNC scorn Friday. The newly-minted GOP nominee happily danced on the political grave of another primary opponent, John Kasich. Trump blasted the Ohio governor for skipping out on the convention and failing to endorse Trump.