Searching for a great American rock show: Why is rock 'n' roll on TV so hard to get right?

HBO's "Vinyl" was an expensive flop, and Cameron Crowe's "Roadies" is fading fast — can this genre be saved? 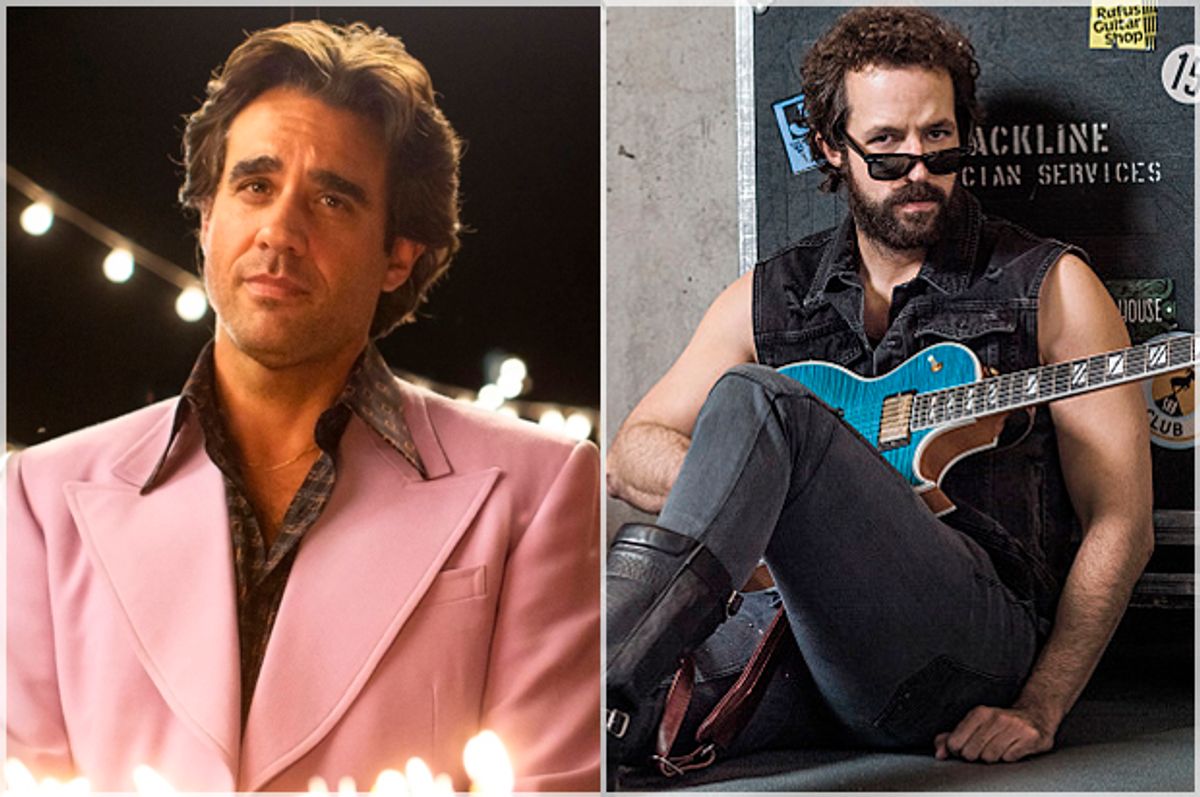 Two much-awaited series about rock ’n’ roll made their debuts on prestigious cable networks this year. One has already been cancelled, after generating its share of hatred from the very people who should have loved it. Another has not quite lifted off, and may not last beyond its initial season, either. With a third series drawing mostly bad reviews, it’s enough to make you wonder: Is it even possible to make a decent television show about rock music?

One of these shows, Denis Leary’s “Sex&Drugs&Rock&Roll,” didn’t arrive with enormous expectations, so it hasn’t been met with the severe disappointment of the others. But “Vinyl” was set in a period that currently generates immense fascination — New York in the pre-punk ‘70s — helmed by Martin Scorsese, Mick Jagger and Terence Winter of “Boardwalk Empire.” And “Roadies” was created by Cameron Crowe, the former music writer who directed “Almost Famous,” with executive production by Winnie Holzman, creator of “My So-Called Life.”

Two veterans of rock journalism tried to puzzle out with me why these shows didn’t work. All three of us wanted to like these series, but somehow the shows didn’t quite arrive. We disagreed, though, over whether the genre of the rock-show could be saved.

Part of the problem with “Vinyl,” which was cancelled after a single season that cost about $100 million, is that it was aimed at exactly the kind of serious rock fan that would be annoyed by how many of its details it got wrong. (Critic Caryn Rose recapped the show for Salon, focusing on the authenticity of its portrayal of the time period and the artists, and found it often came up lacking.) “My sense of ‘Vinyl’ was that it was a kind of glorious failure,” says Ira Robbins, a music critic best known as the editor of the Trouser Press guides to alternative rock music. “They made a costly, painstaking effort to recreate an era. And then having reproduced it, they laid on these sloppy anachronisms, coincidences and fictionalized history.” And the show’s creators offered brief appearances by actors playing actual musicians, to almost no effect.

“It was like wax figures — Madame Tussaud’s. The story didn’t need any of the real people.” The real parallels — Gram Parsons showing up in a visit to L.A. — were like a series of non sequiturs.

One of the biggest problems was the Nasty Bitz, a band led by Jagger’s son, which bore almost no resemblance to any band in New York at the time, Robbins says. (The other rock critics I spoke to disliked the show almost as intensely.)

Mitchell Cohen wrote about rock music in New York in the years “Vinyl” was set, and took a job in A&R a few years later. He found it “ridiculous on every level,” with a “smug, in-the-know name-dropping” even while failing to create anything like the real atmosphere of those years.

Part of rock music's appeal is exclusivity, the sense of being inside a dangerous subculture and getting all the jokes. “Vinyl” seems to have failed to resonate with people who like music for that reason, and it somehow failed to reached the people who aspire to be part of its dark, urban demimonde.

Another side of rock is more democratic and mainstream, driven by passion for the music but in a more sincere, open-hearted way: This is what Cameron Crowe offers, in movies like “Say Anything” and “Almost Famous.” So when his “Roadies” went on air this spring on Showtime, it seemed like his warmer approach to rock music might fit our tense times better than the too-cool-for-school coke-fest of “Vinyl.”

But while there have been no announcements of the show’s cancellation, and it’s simply impossible to hate, “Roadies” has failed to generate excitement. “'Roadies' is a completely nebulous show that exists in its own universe,” says Robbins. “And then they sprinkle in some musical references. It’s simple and obvious and predictable.”

There is some good acting in the show — Imogen Poots plays a bruised young idealist very convincingly — but also a lot of missed connections, as in what’s supposed to be romantic tension between Luke Wilson and Carla Gugino’s characters. I’ve watched all five episodes made available to the press, and keep wanting each one to be better. At some point, I fear, I’ll have to give up.

“I think it would be better if it was either smarter or dumber,” Robbins says. “They’re not telling enough about the reality, and they’re hiding behind the culture. This is so glossed-up it’s like ‘Happy Days.’ ”

Cohen likes “Roadies” a bit better, but his descriptions are the definition of faint praise. “It was nice to see a show where there wasn’t a lot at stake,” he says. “It’s mostly people doing their jobs. The big tension is whether someone can get to the computer in time to put in the new set list. I kind of like that. While ‘Vinyl’ was trying to make these grandiose statements about the power of rock.”

Part of the problem, though, is that after a few episodes of small stakes, it’s hard to keep wanting to tune in again. “This is a band on the road, and not a lot happens,” Cohen says. “‘Almost Famous’ was two hours — what is this, 10 hours?” The tension isn’t exactly building. “Are they gonna change the set list again?”

So between these two shows and Leary’s — “a lame rerun of Leary's better hits,” the Atlantic’s David Sims judged — I’m wondering: Can anyone do this right?

Robbins thinks not. The audience for rock music ranges so widely in generation, favorite style, and level of commitment that it’s hard to get everyone on the same page, he says. There’s just not enough consensus. “How would you take that enormously fragmented audience and make something both insightful and entertaining?” he asks. “You can’t narrowcast a TV show. It’s hard for someone like Cameron Crowe to make a show that would interest a 20-year-old. You could make a show that nobody understood — with sophisticated references and in-jokes — or a show that’s not really about anything but sort of set in that world. And neither of them would be entirely satisfying to anybody.”

But Cohen disagrees. “I don’t think it’s impossible. I keep coming back to ‘Mad Men.’ It’s just about advertising.” The show’s premise doesn’t sound like a natural hit. “ ‘Really? Are they gonna do TV commercials an layouts for Esquire magazine?’” The show worked, though, because it was smartly written, acted and constructed.

But there’s something else that “Mad Men” and Aaron Sorkin shows like “The Newsroom” and “Sports Night” have in common that these rock shows don’t. “Mad Men” creator Matt Weiner didn’t love advertising, but he wanted to get something across about the role the industry played in ‘60s culture. Sorkin felt for the plight of TV journalists, but he was after character and story. Few people turned to “Mad Men” because of their passion for Madison Avenue.

Similarly, the best movies about rock music — “This is Spinal Tap,” “School of Rock” — were made by directors who cared about rock music, but there’s a sense of ironic distance alongside the love of its characters.

Loving rock music and the people who make it is, as far as I’m concerned, a virtuous stance. But it may not lead to good TV. If someone balance their ardor with their art, may he or she please stand up now. In this dreary year, we could sure use it.