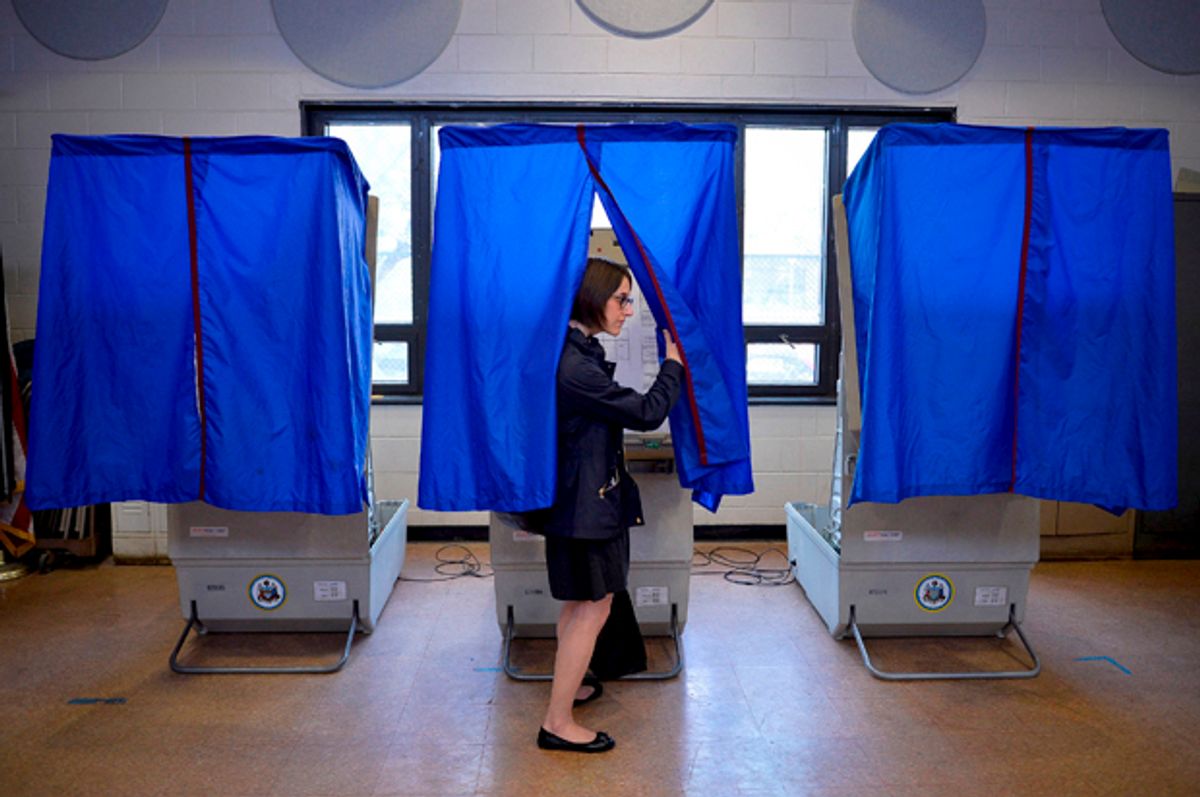 It’s been a little over a year since Donald Trump came down a flight of escalators to greet a crowd of supporters. You probably weren’t watching that day. If you were, you probably laughed it off as a joke. I wouldn’t blame you, because back then we had “serious” candidates to focus on — like Jeb Bush and Scott Walker. No one could have imagined then that Donald Trump would be the GOP nominee for president.

It just seemed so improbable. From his very first speech as a presidential candidate, where he called Mexicans “rapists,” to each and every degrading remark it was revealed he’d made about a woman’s physical appearance, Trump’s unstable rhetoric would have spelled catastrophe for any other candidate.

By conventional wisdom, the brutal natural selection process that is the Republican primary should have taken him down. When that didn’t happen, we thought his policies would end him. Surely Republican voters would abandon a candidate whose tax plan would double the national debt. Surely the “family values” crowd would take offense to his lewd, graphic comments about women and their physical appearances?

But nothing seemed to stop Trump. And now, joined by Gov. Mark Pence, the most extreme anti-woman vice presidential candidate in a generation, a man who spouts nothing but reckless, vicious and hateful rhetoric is just one step away from the nation’s highest office.

But there is one group that can and will stop him: women. Women, who have been so frequently criticized, derided, humiliated and underestimated by Trump, will be the ones to bring him down.

It’s a numbers game, plain and simple. Women, who make up a majority of the general population and 53 percent of voters, unsurprisingly have an overwhelmingly negative opinion of the man fond of calling them “bimbos,” “dogs” and “fat pigs.”

In fact, more than 70 percent of registered women voters view Donald Trump negatively. And it’s not just Democratic women who dislike him; polls show that nearly half of Republican women primary voters — 47 percent — said that they “could not imagine” themselves supporting Trump, despite the fact that he’s their party’s nominee.

From his crude remarks about Megyn Kelly to suggesting that women who have abortions should receive "some form of punishment," Trump's actions on the campaign trail have made it easy to see why women aren't supporting him.

In 2016, you simply cannot win the election for President of the United States while alienating half of the voting population — to say nothing of the many other groups Trump regularly insults with his dangerously racist and xenophobic policies.

By standing together to make sure we come out to the polls in record numbers on November 8, women will send a powerful message not only to Donald Trump, but to the rest of the Republican Party: Misogyny isn’t just wrong, it’s a losing strategy.

I’m confident that come Election Day, we’ll see that standing up for women, not attacking them, is what wins their hearts, minds and votes. Unlike Donald Trump, Hillary Clinton has dedicated her entire life to fighting for women and hardworking families and breaking down barriers for us.

As a senator, she was an original cosponsor of the Lilly Ledbetter Fair Pay Act, and as secretary of state, she restored our standing in the world while insisting that women’s rights were a cornerstone of American foreign policy. Indeed, Hillary has always been and still is dedicated to ending gender discrimination in pay, implementing commonsense solutions for the middle class, like paid family and medical leave, making childcare affordable and raising the minimum wage. She’s a candidate women are proud to support.

The choice is obvious for us. But we can’t say it enough — with Donald Trump waiting in the wings, the stakes simply couldn’t be higher. Donald Trump is no joke, he is a real threat.

We have seen Republicans like Marco Rubio and Scott Walker try — and fail — to stop him.

Come November, we look forward to being the ones to finally take him down.