The Tim Kaine Effect: What does Hillary Clinton's VP pick bring to the race?

Yes, the Virginia Senator was seen as the safe pick, but he represents a big bet on one issue: competence 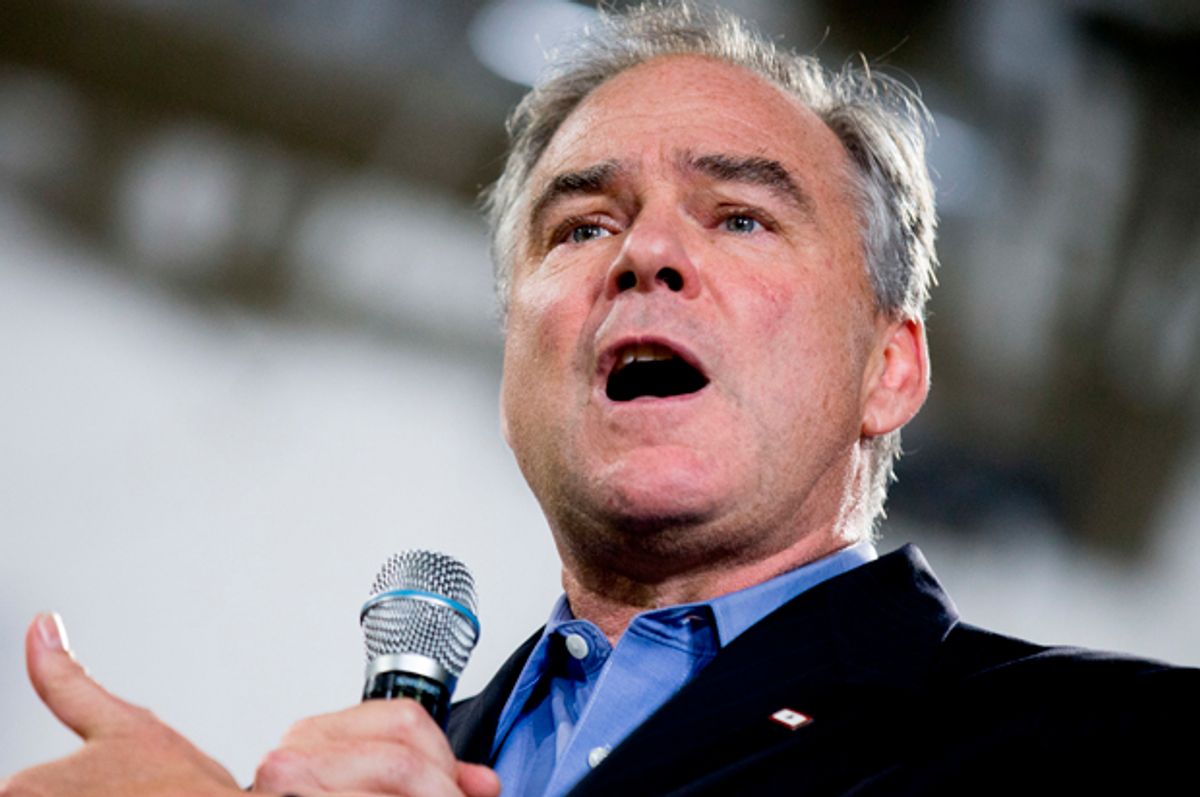 It’s official: Hillary Clinton’s 2016 running mate is Tim Kaine. The New York Times reported the news late thus evening, citing a senior campaign official. The Virginia senator had reportedly been Clinton’s top pick going down the stretch, and he’s long been viewed as the “safe” pick for Hillary: he’s a relatively moderate middle-aged white guy from a swing state and he speaks Spanish. Kaine reportedly narrowly missed out on being Barack Obama’s running mate in 2008, but now he’s finally made it to the big stage.

So what does Kaine bring to the ticket? Well, he has a ton of experience in politics and elected office having served Virginia as senator, governor, and lieutenant governor. He was chairman of the Democratic National Committee a few years back and has a close political relationship with Barack Obama, who nearly picked Kaine as his own running mate back in 2008. And he hails from a swing state, which theoretically should help nudge Virginia’s electoral votes into Hillary’s column.

What Kaine doesn’t do is excite the Democratic Party’s restive liberal base. Kaine isn’t a gormless moderate in the Evan Bayh model, but he’s certainly not the first choice of progressive activists who had hoped that Bernie Sanders’ vigorous challenge to Hillary in the primaries would have impelled her to pick a more left-wing running mate. His record on abortion issues is a bit muddled (Kaine supports pro-choice policies even though he describes himself as “personally” opposed to abortion) and he recently irked progressives by signing two letters supporting deregulation of large and small banks. Kaine also favorsexpanded U.S. involvement in the Syrian civil war, which dovetails with Clinton’s call to establish a no-fly zone over the war-torn nation.

At the same time, Kaine does have a record of progressive activism he can draw from. As Mother Jones’ Patrick Caldwell wrote in his recent profile of Kaine, the senator is “driven by the gospel of social justice” and spent his pre-political career as a civil rights attorney fighting against housing discrimination in Richmond. He did missionary work in Honduras and he provided legal representation to death-row inmates. Even still, he’s not going excite the party’s left wing in the way that Elizabeth Warren or Sherrod Brown would have.

In fact, would-be vice president Kaine isn’t really going to excite anyone. He’s not an ideologue, and he’s certainly not an attack dog – Kaine tried taking a few swipes at Donald Trump last week, and the meanest thing he could come up with was to call Trump a “trash talker.” He’s an unassuming and quietly accomplished public official. By selecting Kaine, Hillary is making it clear that her overriding priority is projecting an image of competence