Tommy Stinson is the most positive man in rock 'n roll: "All of the bad thoughts died with my brother"

Salon talks to the Replacements alum about his summer tour, upcoming new album and watching Guns N' Roses as a fan 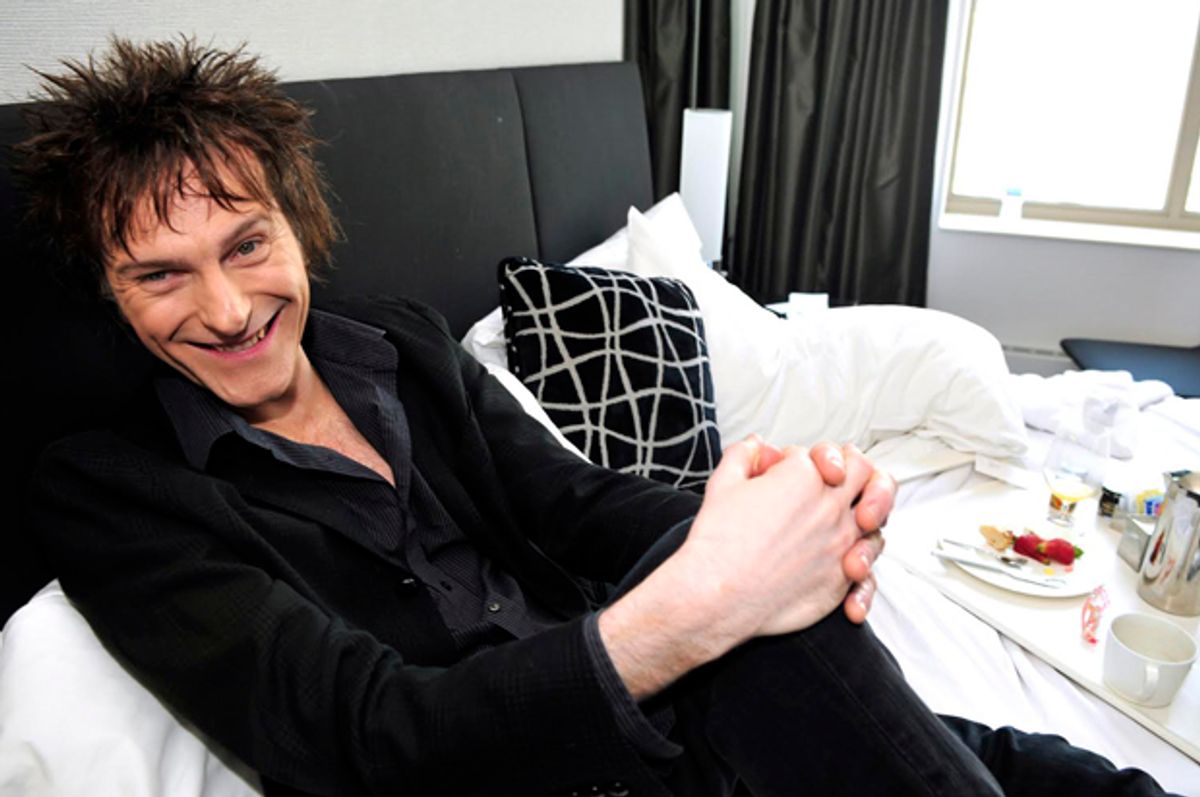 With over three decades under his belt in the rock and roll business, one might expect Tommy Stinson of The Replacements and Guns N’ Roses fame to be bored by just about anything that comes his way. That’s not the case, though.

In conversation, Stinson seems as excited as ever to hit the pavement (albeit not behind the wheel himself -- he doesn’t drive) and perform in front of an audience no matter the size.

This summer, Stinson will embark on a solo tour of sorts, crashing houses, record stores and sundry small venues to preview songs from his forthcoming album as well as others from his extensive back catalog. Billed as "Cowboys in the Campfire," Stinson will be joined by Chip Roberts (a contributor on guitar to Stinson’s “One Man Mutiny” solo offering) on his Southern Dandies Tour.

Stinson may be relatively mum on details about his forthcoming record, which is due out later this year, but he had plenty to chat about regarding the recent Guns N’ Roses reunion, his relationship with Paul Westerberg of The Replacements and how the current state of the music industry is impacting his work ethic.

You’re about to go on a tour where you’ll be hitting small venues and performing at house shows. What’s attractive about that kind of touring?

You know, there are so many different angles on what I do that I like at different points. I like recording a whole lot, but that gets boring. I like playing with a band, but that gets loud and hard and tiresome. Everything has its pros and cons about it that I do.

My kid is out of school. I wanted to go out and have an adventure and that’s what we’re doing. It’ll be called "Cowboys in the Campfire."

You were active with Bash & Pop immediately following the breakup of The Replacements and before you joined Guns N’ Roses. With a new record on the way, how do you file these songs among the other records you’ve made in your career?

You know, they’re exclusively, completely fucking different. What I’m doing in the summer, I’m going out there and having fun with my friends. Just doing what I feel like doing. I hope people go out and have a great time.

I made a new record, a band record, which I am very stoked about. The band record that I tried to make with Bash & Pop years ago ended up being Steve Foley and I for the most part. It was kind of a band record with friends of mine coming over and filling it out.

This record, I recorded everything completely live over in my own studio. I have one whole room in my house that is just a studio. It’s two rooms, really. One’s a control room; one’s a live room. We put up a couple of microphones and let it all flow.

I’ve always liked the band thing -- the camaraderie, the team vibe. It’s always been a huge thing to me. I wanted it live. I wanted it to feel good and sound like it was a bunch of people hacking it out together and getting that rock and roll thing.

[laughs] I’m actually going to see them again tomorrow! I just went and saw them with a buddy of mine. I think, for all practical purposes, he wanted to go and wanted a comrade to go with. And I told him, “You know what? Let’s go.” He got me a ticket and we had a fantastic time.

All of those people are my friends -- the band guys, the crew guys. The only one I don’t know is Slash. I don’t think I’ve ever really met him. But I’m friends with all of them -- Axl included. Even Izzy!

So, I’m going to see them in Philadelphia with some friends because I had such a good time. It was fantastic. It was great to see it on the other side and not having to be in it. And I mean that as no disrespect. But, when you’re in it -- when you’re in the cacophony with the ear monitors -- you can’t really appreciate what the fans see on the other side.

I want to watch it as a show and hang out with the people and go, “Fuck! This is goddamn fun.”

It’s been fun for me. I’m not an ambassador of goodwill because I need to be. They’re my friends and I’m glad for them. They’re having fun, so I’m going to go see them and say "Hi" to my buddies.

I saw you with Guns N’ Roses a few years ago and it was really great. I have to admit that I was skeptical, but I had a really great time and was happy to see you on stage with them. It exceeded my expectations.

Thank you for that. It was a great gig for me. I was in that band almost seventeen years. It was fun for me. It was good for me. I’m just happy they’re all out there. They had the same stigma that The Replacements went through, but they’re doing great. It’s not all the band members, but people should love it. If you’re a fan, you’re going to love it.

How often do you speak with Paul Westerberg and are you two working on anything together? There was some talk of another Replacements record before the reunion ended.

You know, we exchange texts now that he’s actually got a cell phone. We exchange goofy pictures and texts about once a month. We never lost touch. We never went years without talking to one another. We always talked and had that sort of thing. It’s like your brother that you have a lot of history with -- good and bad.

He’s a little bit older than me. There are certain witticisms that I reach out to him for. We did our thing. As far as anything together, we’ll probably play something together again. We never said we wouldn’t.

As for anything in the works? Not a thing.

You don’t drive. Does that make touring feel that much more youthful for you?

Paul doesn’t, either! Ultimately, someone’s got to navigate and be able to read a fuckin’ map! Why would I learn how to drive? Someone’s got to know how to read a map and be the passenger. I like that role. I would often ride with the equipment trucks because I liked to do that.

Because of the nature of touring in a band together, do you ever get tired of being asked about your brother, Bob, and re-living that familial element of the band?

No. I miss my brother a lot. When my brother died, the one thing that happened to me and for me, I suppose, was that there were a lot of good, bad and ugly things that we grew up with -- even before The Replacements were put together -- there were all of these thought-bubbles and memories of shit. When he died -- what I was left with -- I just have the good thoughts. All of the bad thoughts died with my brother. So, I’m left with these beautiful and colorful experiences that we had together. We lived in Florida when I was five or six years old, but they’re not full memories because I was so young and I’m old now. But they’re colorful and positive thoughts. All of the bad stuff that happened during The Replacements, all of that stuff went away.

I have dreams about cool things. I don’t have nightmares about my brother dying or anything weird. I had those when he was still here.

These days, you’re being asked to play on a lot of records and produce for other artists that cite the bands you’ve played in as inspirations. Is that flattering for you?

You know what? I am. I’ll be honest with you. I’d like a whole lot more bands to get down with reaching out -- whether they want me to produce a song or whatever. At the end of the day, all of my old, staunchy '80s music friends or A&R guys are complaining about how the internet is killing everything. I’m not on that kick. I think there are options. I think the world is still our oyster.

If I’m going to write a song, I still want that feeling like, “This is the best song I’ve ever written” and then I throw it out there. I wouldn’t bother if I didn’t do that. It’s not like I go to work and say, “Well, I’ve got a mediocre song. I might as well put it out there.” Every song I put out there, I look at it like it’s great -- whether it is or not.

I would like more bands, if they felt like I could bring something to them and their sound or whatever -- whether I play kazoo or I produce their band -- to reach out.

I love the fucking process of this. I love playing live. I love recording. I love being on both sides of the mixing console.

The recording industry may be in shambles, but you can still get in a van have the time of their life.

Fuck yeah! Hell -- fucking -- yeah. And that’s the reason why we do it. You can’t get in any vessel and go play a set show and half-ass it. Are there 20 people? Or are there 20,000 or 50,000 people? Doesn’t matter. You’re just driven to do it. I may just sit in a cornfield and do it for a bunch of stalks of corn, but I have an inner drive that has nothing to do with who is going to be there. I just go and do my thing.