You're not alone in feeling alone: Why it's so hard for adults to make friends 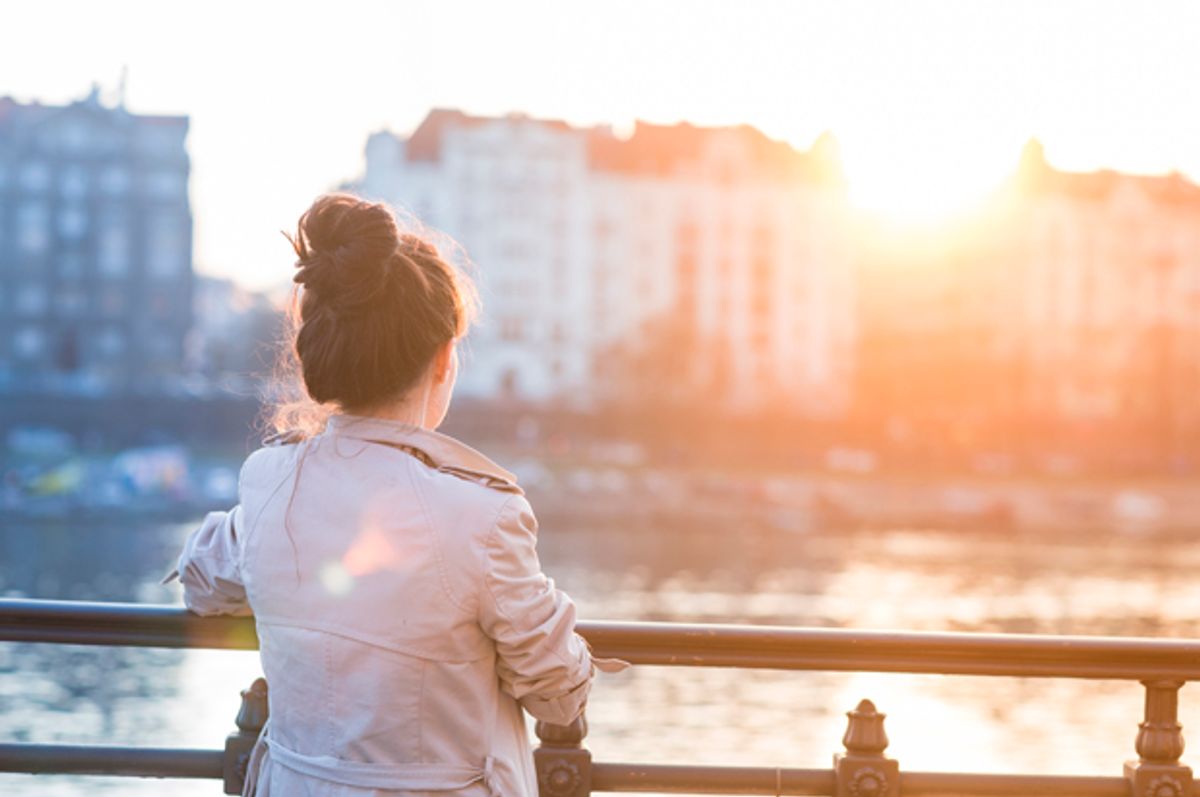 Practically every light-hearted comedy or TV sitcom makes me feel like I should be drinking wine every night with my best friend while one of us tries on clothes from a massive walk-in closet. Not only should we share the same dress size, but we should also have a long, rich history of togetherness and sworn secrets. Clearly, this is not reality.

I realize I’m going out on a limb here when I admit this: I only have 598 friends. OK, but if I’m honest, 99.3 percent of those friends online range somewhere from stranger-danger-people-I’ve-met-once to convivial acquaintances to people I truly enjoy but who live too far away to see regularly.

That leaves 4.2 legitimate people in my life with whom I share a mutual trust. That is to say, 4.2 people that I can call out of the blue and not feel like I’m absolutely imposing on their time. (The 0.2 percent, I’ve decided, are my houseplants. I can tell them anything.) I’ll further admit that figure includes my mother, and my problem is that none of those close trusted relationships are in my same city.

I’ve noticed this theme making its way into plotlines in mainstream entertainment lately. Michaela Watkins’ character on Hulu’s "Casual" discovers her ex-husband “won” all of their friends in the divorce. Maria Bamford’s Netflix show "Lady Dynamite" devoted an entire episode to her realization, “My contact list is nothing but broken relationships!” "This American Life" aired an episode, “The Perils of Intimacy,” in May, where host Ira Glass opens, “OK, fellow adults, when did you last make a friend? Like an actual friend you see regularly, you talk about actual personal things? It’s hard, right? To make a new one?”

If you’re feeling the same way, take comfort; you’re ironically not alone. I spoke with a dozen people between the ages of 27 and 90 throughout the United States and was astounded to learn that they all felt similarly: it’s difficult as hell to make true friendships as an adult. “Over the years, I seem to have collected a Rolodex of acquaintances, but no one I particularly trust,” one responded. A post-graduate lamented, “Since college I’ve lost most of my close friends to job relocations, marriages, and surely soon enough children.” And a guy in his late 30s replied, “Working from home has its perks, but it’s isolating. No beers after work with office people, so my social life is mostly my family.”

Most of us find our “people” in school, but over time lives change: marriage, kids, divorce, work friendships that fizzle when the job is no longer the commonality. We outgrow our relationships and they outgrow us. People drift, literally and figuratively.

You know the old saying that a good friend will help you move, but a true friend will help you move a body? First of all, are you a grown-up? Hire a moving company. No amount of pizza and beer as payment is worth schlepping your crap. And if you need to move a body, well, that’s out of my jurisdiction (but again, maybe smart to hire someone? I’ll Google that). Right. I’m looking for something in between.

So when platonic relationships come to an end how do you find anew?

A woman in my apartment building, who I had seen around over the years, approached me one day and introduced herself. She bravely stated, "You seem cool [keep talkin’, lady], do you want to hang out with me sometime? I’m looking for new friends." I nearly dropped my bag of groceries at her social gutsiness. And now we get together for coffee a few times a year, gossip about the neighbors, and take in the mail when one of us goes on vacation. But a few times a year isn’t enough for me.

So, what counts as a true friendship as you get older? For me, it’s feeling comfortable enough to be myself. And if you’re like me, it’s also trust. Not just keeping the odd secret, but trusting that my life choices aren’t your conversational fodder elsewhere (see: Salon article on seeking new friends).

Proximity also has a great deal to do with sustaining friendships. I live in New York, a city where many drop in for a few years before beginning their real life elsewhere. Having lived here since college, I’ve rotated through dozens of friends who stay a while, but inevitably move on to greener pastures: Los Angeles; Minneapolis; Huntsville; St. Louis; Dallas; Austin (times three); Toronto; Melbourne; and Queens. Yes, Queens! Ninety minutes traveling on the subway to visit for teatime does not an easy get-together make.

Of course, you come across people in life where you have the good fortune of picking up right where you left off. Five days or five years, you can reconnect as though no time has passed. That’s awesome, and I do have that special bond with a couple of people, but no one in my area code.

Certainly, what constitutes true friendship is quality over quantity, but how do you find your true “people” when you’re older than 12? And why the hell isn’t there an app for this? There are dozens of dating apps to exchange bodily fluids with perfect strangers (for free!), so why can’t there be an app to seek platonic relationships? For example: I like dinosaurs, however I would do poorly in a room filled with paleontologists. Surely an algorithm could use location services to drop a pin on someone within a five-mile radius who is also into dinosaurs but not in a Ross Geller kind of way.

There are apps like Bvddy, “connecting people through sports,” similar to Tinder but for finding people to platonically work out with at your skill level. In theory, meeting people through sports seems like a great idea, since collecting drinking buddies isn’t necessarily sustainable. I downloaded it for a test run. It requests you select the sports you’re into, offering 58 options ranging from running to badminton to mixed martial arts. I chose yoga and billiards because I’m not a run-around-soaking-in-my-own-sweat-‘n'-chat kind of gal. That and who doesn’t secretly want to be a pool shark? A request to enable location services pops up, which states the theme here, “so you can find buddies nearby because playing alone is just sad.” My closest match lived in Paramus, New Jersey. Logistically, that’s a non-starter.

But I also worry we rely far too much on technology, almost never looking up from our phones to see the real people out in the world before us. And it’s not like it’s difficult to keep up with folks in your life. However, studies have shown that with the ubiquity of social media, people are interacting live and in person less and less. And becoming, you guessed it, more and more socially awkward makes this whole “finding new friends” thing even more difficult. I almost wonder whether it’s conscious or not; by knowing exactly what’s happening on the surface of people’s lives via social media, does getting together face to face feel less necessary? There are fewer topics to catch up on if it’s all posted on your wall. Maybe it comes down to coming out from behind your phone and saying hello to those around you? Maybe if we became a little more human again, we’d have a better chance at connecting?

The other day, I rode the subway seated next to a middle-aged woman clearly visiting from out of town. She was on her phone responding to a group text with the title “Besties” at the top. I sat there silently wondering where the hell does someone your age have friends close enough that you take the time to rename your text thread Besties?! I asked where she was visiting from without getting into my platonic relationship neurosis. “Oklahoma City!” she replied. Oklahoma City. So, that’s where people drink wine while trying on clothes in a massive walk-in closet.

Sarah Sweeney is a writer and voiceover actor in New York City. Read more of her stuff at http://sweeneyproject.com or say hi at @heysarahsweeney.