The gift of privacy: How Edward Snowden changed the way I parent

I monitored my son's online life like a diligent 21st-century parent, until I realized I was wrong 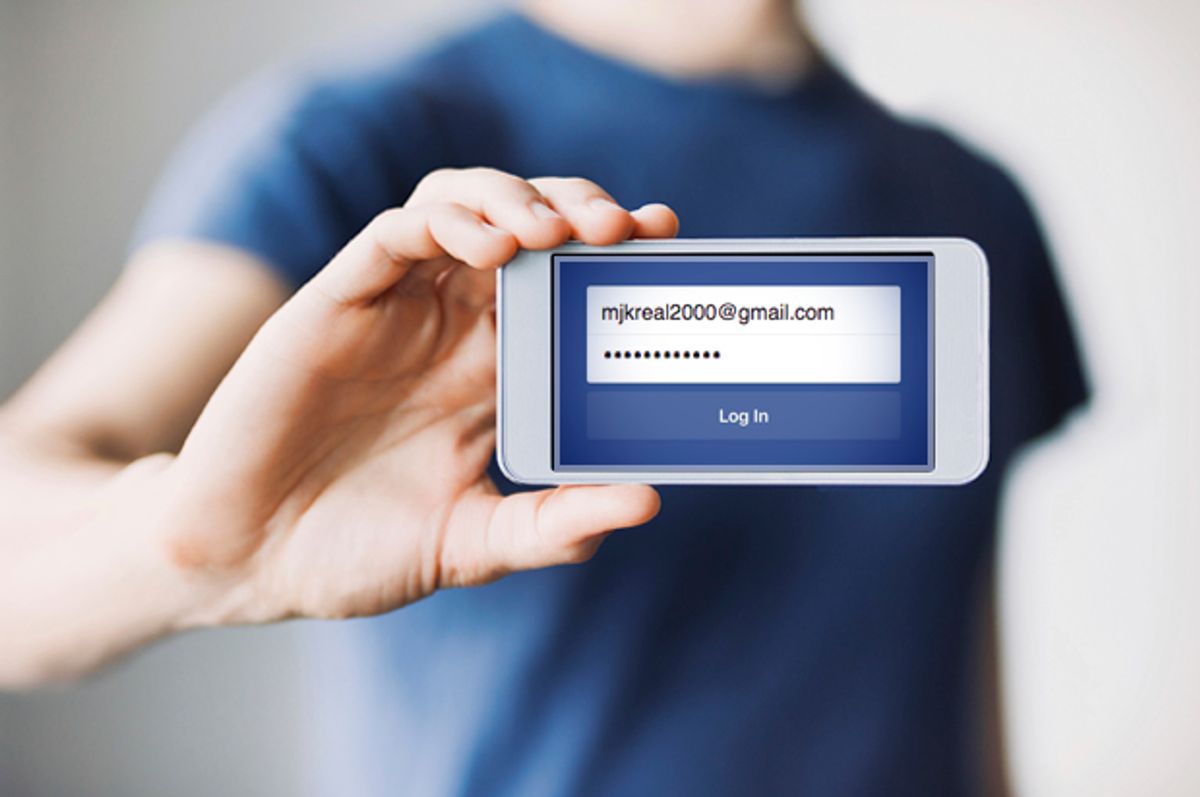 My son is 14 today and for his birthday—in addition to a bicycle, a basketball, and a T-shirt with an obscurely offensive image—I am giving him the gift of privacy. And I am giving him this gift because of Snowden.

That’s right. Edward Snowden, NSA whistleblower and hero to some, traitor to others, has changed not only the way I view privacy but also the way I view my teen’s privacy and the way I safeguard it—from myself.

When Snowden’s revelations about mass government surveillance made headlines in 2013, I—like many other Americans—was shocked and disturbed. The PRISM program, in which the communications of millions of Americans were collected and stored by the government, without warrant or probable cause, seemed to violate the Constitution’s Fourth Amendment, which prohibits warrantless search and seizure. The argument that the innocent should have nothing to fear from such programs rang hollow to me and many others in post-McCarthy-era America.

Then in March, as part of research on another story I am writing, I listened to a live conversation on privacy between Snowden, constitutional lawyer and co-founder of The Intercept Glen Greenwald and historian and linguist Noam Chomsky.

While the conversation between these three thought leaders fascinated me, it was the remarks of 33-year-old Snowden that affected me most profoundly. “Privacy,” he asserted, “is the right to self…. Privacy is the right to a free mind.” He went on to explain that “privacy is what allows us to determine our beliefs without being influenced by others, subject to peer pressure, or judged before those beliefs are fully formed. Without privacy,” he added “at no time are you permitted to have a space that is only just for you.”

Consider that statement for a moment: “Without privacy, at no time are you permitted to have a space that is only just for you.”

Greenwald reinforced this idea when he explained that people secure their homes and rooms with locks and their email and social media with passwords in part “to ensure that there is a place they can go in the world to think and reason and explore without the judgmental eyes of other people being cast upon them.… When we lose privacy,” he went on, “we lose a really critical part of what it means to be an independent and free individual.”

All of this was relevant to the research I was doing for my story, but as I listened I realized it was equally relevant to my role as a parent. Like many other parents in the digital age, I have adopted and imperfectly enforced various rules regarding my son’s use of media. In fact, it is an issue that has dominated my thinking about parenting and my conversations with other parents. Kids’ media use is the subject of numerous studies, books, and articles.

When my son spent the summer mowing lawns and pet sitting so that he could purchase his first smart phone at the age of 13, I asserted the right to randomly monitor his online activity and communications. I demanded his passwords, followed him and his girlfriend on Instagram, and periodically checked his search history and read his text messages. I strictly forbade the use of Snapchat.

Likely this was appropriate to his age at the time. It certainly was in keeping with conventional wisdom—if there can be such a thing when the technologies involved are so new.

I cannot help but notice, however, that this is exactly the same reason the NSA and other federal agencies give for mass surveillance programs like PRISM and Stellarwind. They are protecting us! Since 9/11, terrorists have replaced communists as public enemy No. 1, and the War on Terror has made the Cold War look like a polite game of chess. Warrantless surveillance of U.S. citizens is necessary to keep us safe, we are repeatedly told.

Yet as many have pointed out, statistically speaking, we have little to fear from terrorism. I am much more likely to be killed by my own furniture than by a terrorist. This fact makes me wonder if our fears for our children’s online safety are equally unfounded.

Statistics are difficult to come by, but my own experiences monitoring my son have revealed a few frightening online incidents—the stuff of digital parenting nightmares.

For instance, one night when he was sleeping over with a friend, I checked his Instagram page and noticed that an image he had posted of himself had attracted more than 200 mostly derogatory comments—and the insults and threats were still coming. These included bullying and name-calling on the part of high school boys threatening to beat up my middle-school-aged son. My first instinct was to intervene immediately. Here was exactly the kind of situation that I’d read about and dreaded. As I monitored the comment thread, however, I saw that my son was standing up for himself and holding his own. I saw that his friends had his back. In short, I saw that he was handling it and did not need my help.

On another occasion I read a text message in which a friend offered to send my son a “nekid pic” of a girl they both knew. His texted response? “Hell, no!”

I felt reassured. Nonetheless, my policy of random surveillance remained in place. Without warning or probable cause, I could and did read his private communications, check his search history and monitor his social media use.

Normal, prudent, and part and parcel of my responsibility as a parent in the digital age, right? Perhaps. But consider these parenting policies in light of the following passage from George Orwell’s "1984":

There was of course no way of knowing whether you were being watched at any given moment. How often, or on what system, the Thought Police plugged in on any individual wire was guesswork. It was even conceivable that they watched everybody all the time. But at any rate they could plug in your wire whenever they wanted to. You have to live — did live, from habit that became instinct — in the assumption that every sound you made was overheard, and, except in darkness, every movement scrutinized.

I have been acting, in effect, as the Thought Police in my son’s life.

Now consider the developmental task of the adolescent, who is deep in the alchemical process of creating a unique self and personality—developing personal beliefs and a value system. In light of this, Snowden’s words struck me like a revelation and resonated with a recent experience in which I had intruded and intervened in one of my son’s relationships.

In light of this, Snowden’s words struck me like a revelation and resonated with a recent experience in which I had intruded and intervened in one of my son’s relationships.

I had opened his laptop to discover a message exchange between him and his girlfriend that disturbed me. I spoke to him about it, reminding him to always treat women respectfully. Yet despite the fact that I was imparting an important message about respect, I felt uncomfortable. Was I being completely respectful of my son and his girlfriend? After all, as I had seen in the message exchange, she was perfectly capable of standing up for herself and did. Furthermore, I had invaded the most private of spaces—communications between partners in a romantic relationship, however young they might be. I sensed that both of them respected and trusted me less, rather than more, after this exchange.

And so today, on his fourteenth birthday, I am giving my son the gift of privacy. I will no longer monitor his private communications or online behavior or history unless I have probable cause. By probable cause, I mean reasonable suspicion that he is in danger or involved in criminal activity. And I have told him so. And yes, I secured my son’s permission before publishing this essay.