Holy backlash, Batgirl: "The Killing Joke" opens in the shadow of a Comic-Con panel gone wrong

The newest Batman animated film, based on Alan Moore's controversial one-off, is being criticized over sexist story 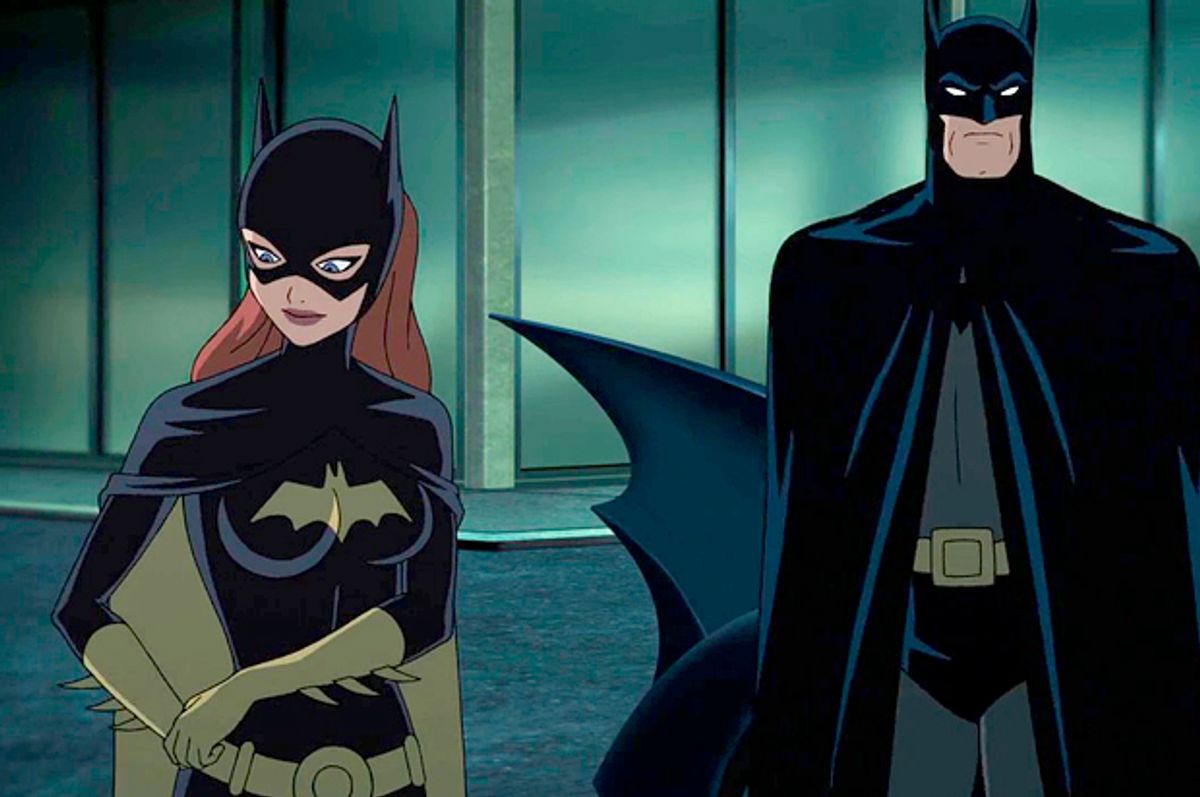 In the geek pantheon, the comic “Batman: The Killing Joke” has an almost sacred place: A one-off written by Alan Moore, it’s almost as revered as “The Dark Knight Returns,” and despite the fact that the original comic was only 48 pages, it’s been one of those loose ends that fans have pined over for years, in part because of its psychological depth and overall grimness.

So when the animated film was announced, with Mark Hamill returning as the voice of The Joker, it seemed like a natural home run. Director Sam Liu has said that this one is about the characters, about the The Joker’s origin story, about the way Batman and his most famous antagonist serve as mirror images of each other.

An enlarged role for Batgirl — Barbara Gordon — was another reason to think this would not only be great entertainment, it could be another example of the move of female superheroes from the periphery to the center of the comics world.

“The audience gets to spend more time with Barbara Gordon as a person, before the events of ‘The Killing Joke,’” producer Bruce Timm of DC Comics said in a making-of short. “We get to like her more, we get to understand who she was as a character.”

But somehow, the movie (which opens today), at least in its treatment of Batgirl, has gone very wrong, and at an otherwise cheery San Diego Comic-Con, a screening and panel on “The Killing Joke” turned into a real mess.

Apparently the expanded role for Gordon, who is the librarian daughter of the police commissioner, involves her dressing up as a way to attract Batman, having sex with him, and then getting shot and paralyzed by the Joker. The paralysis part has been part of the "Killing Joke" mythology -- which exists at a side to the usual Batman story, a bit like the Gnostic Gospels -- and it’s been controversial among feminists. (Moore has nearly disowned the comic, and is not proud of the way he treated her.)

But by giving Batgirl, portrayed almost like a daughter to Batman in much of the standard story, a sexual relationship to him, the filmmakers have complicated things. And even though she takes up more space in the movie than in the comic, she now plays two stereotypical roles in the plot: She is both a sex object (for a paternal figure usually presumed to be much older than her) and a female victim whose injury drives the plot but leaves her high and dry. The fact that Batman seems to snub her after their romantic encounter doesn’t help.

So this was not going to go well in the first place.

But an encounter last weekend at Comic-Con, Io9 reports, seems to have made things even worse:

A Joker cosplayer asked the writers why they would downplay Barbara Gordon, such a strong female character, and make her story more about the men in her life. According to Bleeding Cool reporter Jeremy Konrad, the writers insisted she was still a strong female character. Konrad, who’d already seen the film and didn’t agree, himself sarcastically shouted, “Yeah, by using sex and then pining for Bruce.”

That’s when co-screenwriter Brian Azzarello seemed to put it all out there. “Wanna say that again? Pussy?” he asked.

I’ve not seen the movie yet -- maybe it’s a triumph and gets everything right. But given the energy a comic book film needs coming out of San Diego, it’s clear that at the very least, this one was born under a bad sign.