With Gigafactory, Elon Musk makes "bid to be the Henry Ford of this era"

As an M.I.T. professor told The Times, "the first time a green product...has been the thing everybody wanted" 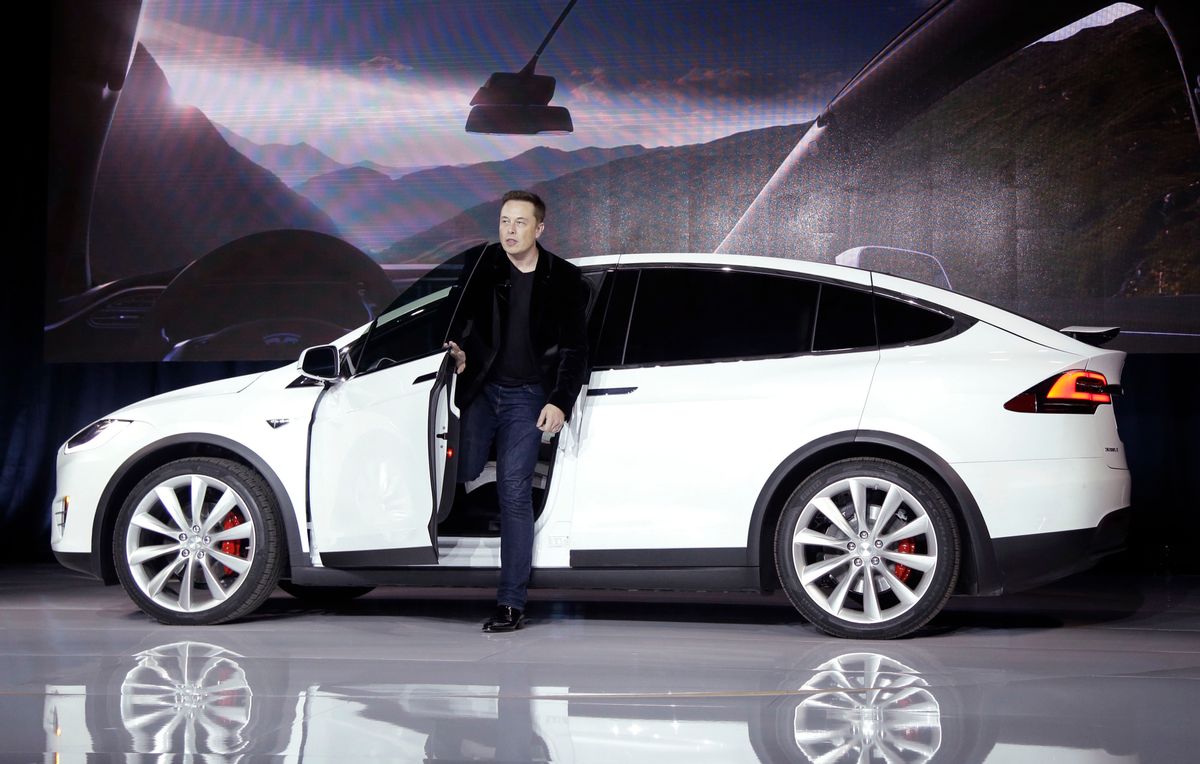 FILE - In this Sept. 29, 2015 file photo, Elon Musk, CEO of Tesla Motors Inc., introduces the Model X car at the company's headquarters in Fremont, Calif. A Tesla in Autopilot mode can drive itself but it's not a "self-driving" vehicle, at least as far as safety regulators are concerned. So, instead of coming under heavy government scrutiny before being sold to the public, Tesla can mass-produce cars that automatically adjust speed with the flow of traffic, keep their lane and slam the brakes in an emergency. (AP Photo/Marcio Jose Sanchez, File) (AP)
--

In a lengthy New York Times profile Monday, Elon Musk attempted to shift the conversation about the future of his companies from the recent failures of the perhaps inappropriately named "Autopilot" to his new "Tesla Gigafactory," which Musk contends will one day produce more lithium-ion batteries per year than were produced in by the rest of the world of in 2013.

The ambitious project dovetails with Musk's bid to take over SolarCity, paving the way for the creation of a single network of commonly controlled companies capable of providing not only the solar energy required to power electric vehicles, but the cars themselves and the batteries that charge them.

As Bill McKibben told The Times' Matt Richtel, Musk "makes a reasonable bid to be the Henry Ford of this era. He’s trying to kick off the mass market for renewable energy."

Tesla's chief technology officer, J.B. Straubel, said that the Gigafactory "will be building batteries in 12 months" -- or at the very least, by the end of 2017 -- and that Musk envisions the factory as his equivalent of the Henry Ford's River Rouge plant outside of Detroit, which revolutionized mass production in the United States.

Or, as David Keith, an assistant professor at the M.I.T. Sloan School of Management, told Richtel, this is "the first time, possibly ever, that a green product with a significant environmental credentials, has been the thing everybody wanted."