After being villainized at the RNC, undocumented immigrants take centerstage at Democratic convention 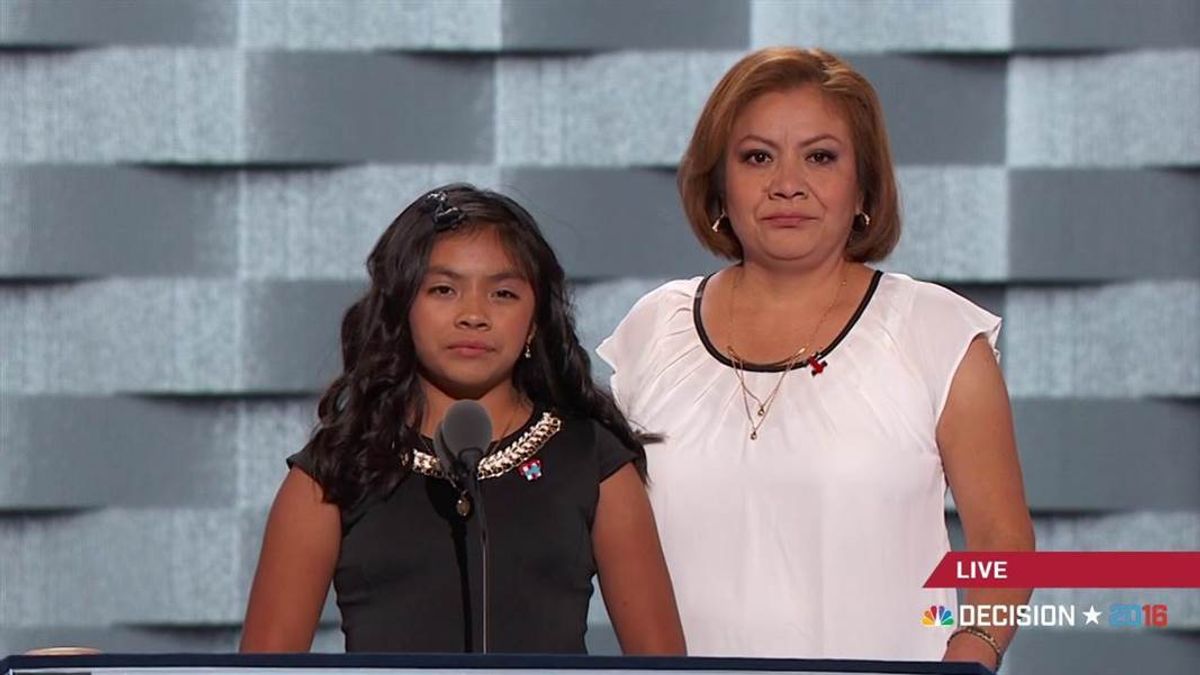 The first standing ovation of the 2016 Democratic National Convention already besieged by tensions among delegates and the consistent groan of boos throughout the Philadelphia convention hall came after an 11-year old delivered her emotional testimony about her fear that her parents would be deported -- days after the Republican convention in Cleveland featured speaker after speaker demonizing undocumented immigrants as criminals terrorizing U.S. communities.

Immigration activist Karla Ortiz, along with her mother Francisca, delivered a tear-jerker Monday.

"Even when I was little, my parents were always crying, but I didn't understand why," the U.S. citizen and Nevada resident told the crowd. Her parents are both undocumented immigrants. More from Buzzfeed:

In October 2013, after a lawyer repeatedly accepted money from the Ortiz family but didn’t help them, immigration agents came to detain Karla Ortiz’ father. His status, and her mother’s, are perilous. They were given an order of deportation but were granted a stay after Sen. Harry Reid and former Rep. Steven Horsford intervened.

"What if I come home and find it empty," Ortiz told the Wells Fargo Convention Center. "I'm scared that at any moment, my mom and dad will be forced to leave"

Karla Ortiz, whose parents are undocumented: "I'm scared that at any moment, my mom and dad will be forced to leave" pic.twitter.com/ro3Tciteyz

While campaigning on Valentine's Day in Las Vegas earlier this year, Clinton was asked by then 10-year-old Ortiz about the plight of her parents, a moment captured by the campaign for an ad.

"I'm going to do everything I can so you don't have to be scared and you don't have to worry too much about your mom or your dad or somebody else in your family," Clinton says in the commercial, calling for Ortiz to sit on her lap.

Astrid Silva, perhaps the nation's most visible DREAMer who was campaigning with Clinton when she first encountered Ortiz, also addressed the DNC Monday.