Corruption for decades: That time when the Mafia almost fixed the Democratic National Convention

Mob leaders didn't put Roosevelt in the White House in 1932, but they sure helped 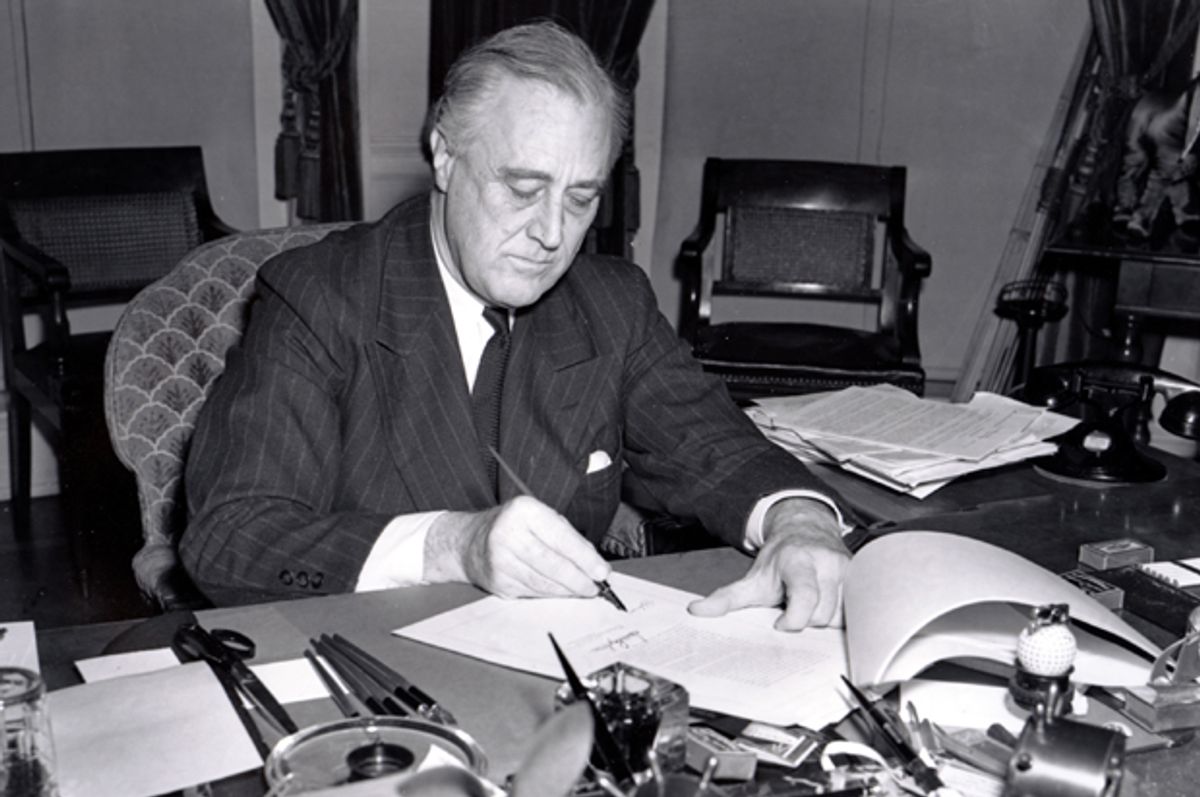 After a dramatic Republican National Convention in Cleveland which saw Donald Trump finally become the party’s official nominee, Hillary Clinton will this week accept the formal nomination of the Democratic Party.

U.S. national conventions have always been big business opportunities. As one long-time ally of the Bush family reportedly said, “For people who operate in and around government, you can’t not be here.” Although some of the usual donors to the Republican National Convention, like Ford and UPS, stayed home this year, the host committee was able to raise nearly $60 million from American businesses. Yet historically the “people who operate in and around government” are not only legitimate businesses but also, sometimes, less-than-legitimate ones.

Take the 1932 Democratic National Convention. As I explain in my book about the hidden power of organized crime, from which this article is adapted, the nomination that year had come down to a contest between two New York politicians. Al Smith was a reform-minded former governor aligned with Tammany Hall, the Manhattan-based Democratic political machine. Franklin Delano Roosevelt, the sitting governor, was running against him, and he was not aligned with Tammany.

If Roosevelt was to win the nomination at the Democratic National Convention, he needed to neutralize the Tammany threat. That meant figuring out what to do about the Mob.

Through their control of liquor and vice-markets in southern Manhattan, Tammany’s stronghold, the Italian-American Mafias and Jewish-heritage gangs that made up the New York Mob had developed growing power in Tammany affairs over the preceding years.

The Mob leadership now saw a huge strategic opportunity at the Democratic National Convention to leverage that power into something even bigger: influence over the next occupant of the White House.

Mob leaders Lucky Luciano, Frank Costello and Meyer Lansky all accompanied the Tammany Hall delegation to the convention in Chicago. Their Mafia associate Al Capone provided much of the alcohol, banned under prohibition, and entertainment.

Costello shared a hotel suite with Jimmy Hines, the Tammany “Grand Sachem,” who announced support for Roosevelt. But another Tammany politician, Albert Marinelli, announced that he and a small bloc were defecting and would not support Roosevelt.

Marinelli was Tammany’s leader in the Second Assembly District, its heartland below Manhattan’s 14th Street. During Prohibition he had owned a trucking company — run by none other than Lucky Luciano. Luciano had helped Marinelli become the first Italian-American district leader in Tammany and in 1931 forced the resignation of the city clerk, whom Marinelli then replaced. This gave Luciano and Marinelli control over selection of grand jurors and the tabulation of votes during city elections.

Now, the two were sharing a Chicago hotel suite.

An offer he couldn’t refuse

Why were Costello and Luciano backing rival horses, and through them, rival candidates for the Democratic presidential nomination? Was this a disagreement over political strategy?

On the contrary, the evidence suggests that the Mob was playing both sides, to place themselves as brokers in the Democratic nomination process.

Roosevelt needed the full New York state delegation’s support — and thus Tammany’s — if he was going to win the floor vote at the convention. But he also needed to avoid being tainted by the whiff of scandal that hung stubbornly around Tammany — and the Mafia.

Roosevelt responded to the split by issuing a statement denouncing civic corruption, while carefully noting that he had not seen adequate evidence to date to warrant the prosecution of sitting Tammany leaders, despite an ongoing investigation run by an independent-minded prosecutor, Sam Seabury. Picking up his signal, Marinelli threw his support behind Roosevelt, giving him the full delegate slate and helping him gain the momentum needed to claim the nomination.

The Mob’s role may not have been decisive. Roosevelt’s nomination had numerous fathers, not least John “Cactus Jack” Garner, a rival presidential candidate to whom Roosevelt offered the vice presidency in return for the votes of the Texas and California delegations. But it was a factor.

If the Mob leaders were not quite kingmakers as they had hoped, they were certainly players. As Luciano reportedly put it, “I don’t say we elected Roosevelt, but we gave him a pretty good push.”

It takes one to know one

Luciano was nonetheless a newcomer to national politics, and seems to have been quickly outsmarted by his candidate. Having secured the nomination, Roosevelt loosened the reins on Seabury’s corruption investigation, making clear that if it developed new evidence, he might be prepared to back prosecutions after all.

Seabury quickly exposed significant Tammany graft in the New York administration. The city sheriff had amassed $400,000 in savings from a job that paid $12,000 a year. The mayor had awarded a bus contract to a company that owned no buses — but was happy to give him a personal line of credit. A judge with half a million dollars in savings had been granted a loan to support 34 “relatives” found to be in his care. Against the backdrop of Depression New York, with a collapsing private sector, 25 percent unemployment and imploding tax revenues, this was shocking profligacy and nepotism.

By September 1932, the mayor had resigned and fled to Paris with his showgirl girlfriend. In early 1933, Roosevelt moved into the White House and broke off the formal connection between Tammany Hall and the national Democratic Party for the first time in 105 years. He even tacitly supported the election of the reformist Republican Fiorello La Guardia as New York mayor.

Luciano was pragmatic about having been outsmarted. “He done exactly what I would’ve done in the same position,” he reportedly said. “He was no different than me … we was both double-crossers, no matter how you look at it.”