Division and tension at the DNC: The Democrats' night of unity is marred by dissent 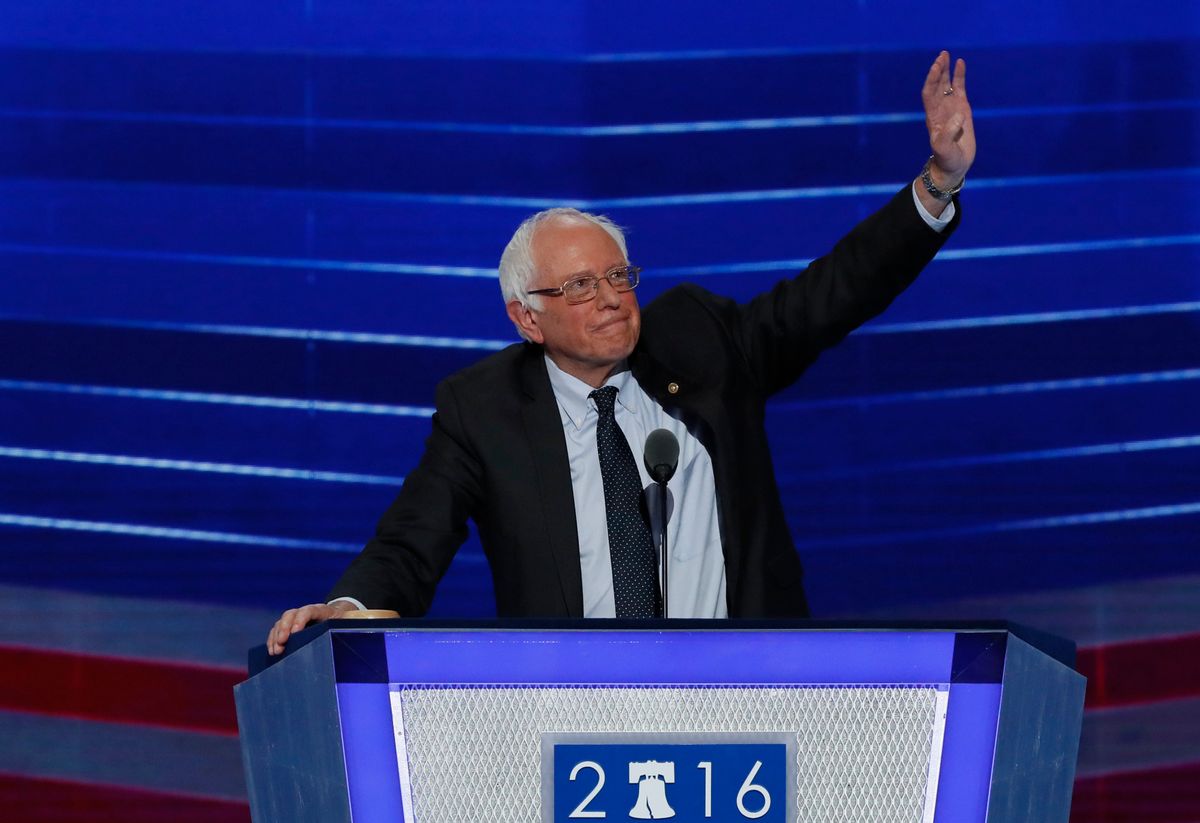 PHILADELPHIA – Monday was supposed to be simple. After months of acrimony, the Democrats were ready to present a united front. The lineup spoke volumes: Elizabeth Warren and Bernie Sanders were the headliners. Lions of the left, Warren and Sanders were there to set the tone for the convention. Booming endorsements from them was a smart way to symbolically undercut the intra-party bickering, to signal unity.

But then WikiLeaks released thousands of DNC emails and, well, everything changed.

Sanders has lamented the DNC's pro-Clinton bias for months, and now there's indisputable evidence that he was right. The DNC seems to have violated its own charter by clandestinely backing Clinton over Sanders before any votes were cast. There was plenty of writing on the wall before this story broke, but the hacked emails are damning. So damning, in fact, that DNC chair Debbie Wasserman Schultz was forced to resign hours before she was set to gavel in the convention.

To anyone on the fence about Clinton and the DNC, it won't matter that Russia was behind the data-dump or that some of the emails were likely fabricated in order to maximize the damage – there's enough truth in them to confirm the anti-establishment narratives.

Despite all the ambient noise, Sanders has done his part. He endorsed Clinton two weeks ago and on Sunday, just before the DNC convention began, he appeared on NBC's “Meet the Press” and affirmed his commitment to electing Clinton: “I think right now what we have got to focus on as Democrats is defeating perhaps the worst Republican candidate that I have seen in my lifetime.”

But this is a tough sell for Sanders. The Left isn't warming to Clinton, and many Bernie voters view obligatory endorsements as a contrivance. Nevertheless, assuaging the progressive base was the goal on Monday evening. And the bulk of that burden fell to Bernie Sanders.

Everyone understood what Sanders was there to do: look into the camera and tell his supporters to get behind Clinton. And he has a perfectly reasonable case to make. If you care about progressive values, this isn't a difficult choice. It's Trump or Clinton. One is an unhinged ethno-nationalist and the other is an experienced centrist Democrat – end of analysis.

But Sanders' job became infinitely harder the minute those DNC emails were leaked. In addition to feigning enthusiasm for Clinton, a candidate he spent months condemning, he now had to address the shimmering elephant in the room. What would he say? How forceful would he be? How would his delegates respond?

I was on the floor. The tension was palpable. There were delegates decked out in pro-Bernie attire, and they made sure the room knew were they stood. Anytime Sanders was mentioned, they erupted: “Bernie! Bernie! Bernie!” It was sufficiently awkward that comedian Sarah Silverman was compelled to tell the Bernie or busters: “You're being ridiculous.” Most of the room applauded; the Bernie contingent entrenched.

It was almost 11 p.m. when Sanders finally took the stage. He followed Elizabeth Warren, who did her duty admirably. But her speech was interrupted by pro-Bernie protesters yelling “We trusted you,” a reference to her betrayal. The crowd supplanted the noise with cheers, but the dissenters persisted. The tension escalated. And then Sanders appeared.

This was a combustible environment. I was convinced the crowd would turn on Sanders the second he praised Clinton. When he stepped to the podium, however, the applause were deafening. For nearly two minutes, Sanders stood silently as the crowd roared. He was a rock star. And this was an opportunity for his supporters to acknowledge his contribution.

Sanders began with an abbreviated version of his stump speech. He acknowledged that “many people here in this convention hall and around the country are disappointed about the final results of the nominating process.” He thanked his supporters and reminded them that the “revolution” he launched was not about a single election or candidate. He cited the familiar statistics about the 1 percent. He talked about inequality and Wall Street and political corruption.

And then he got to the important part.

“We need leadership in this country which will improve the lives of working families, the children, the elderly, the sick and the poor,” Sanders told the crowd. “We need leadership which brings our people together and makes us stronger – not leadership which insults Latinos, Muslims, women, African-Americans and veterans – and divides us up. By these measures, any objective observer will conclude that – based on her ideas and her leadership – Hillary Clinton must become the next president of the United States. The choice is not even close.”

This was a full endorsement. It was precisely what Ted Cruz refused to do last week. Surprisingly, it was mostly well-received. They didn't like the message, but Bernie's supporters had the good sense not to boo their hero. The unrest survives, however.

Make no mistake: the first day of the Democratic convention was defined by revolt. The left wing of the party will not go gently into that good night, and a small but vocal insurgency stole the show on Monday. What should have been a night of unity was instead an embarrassing display of animus. Perhaps the mood will shift in the coming days. For now, though, it's clear the Democratic Party has a problem. It's not nearly as big as some will suggest, and it's likely too small to swing the election. But what happened in Philadelphia on Monday night was a reminder that the wounds from the primary have yet to heal, and maybe never will.