"Our best days are ahead of us. Together with Hillary Clinton as our president, America, we will rise" 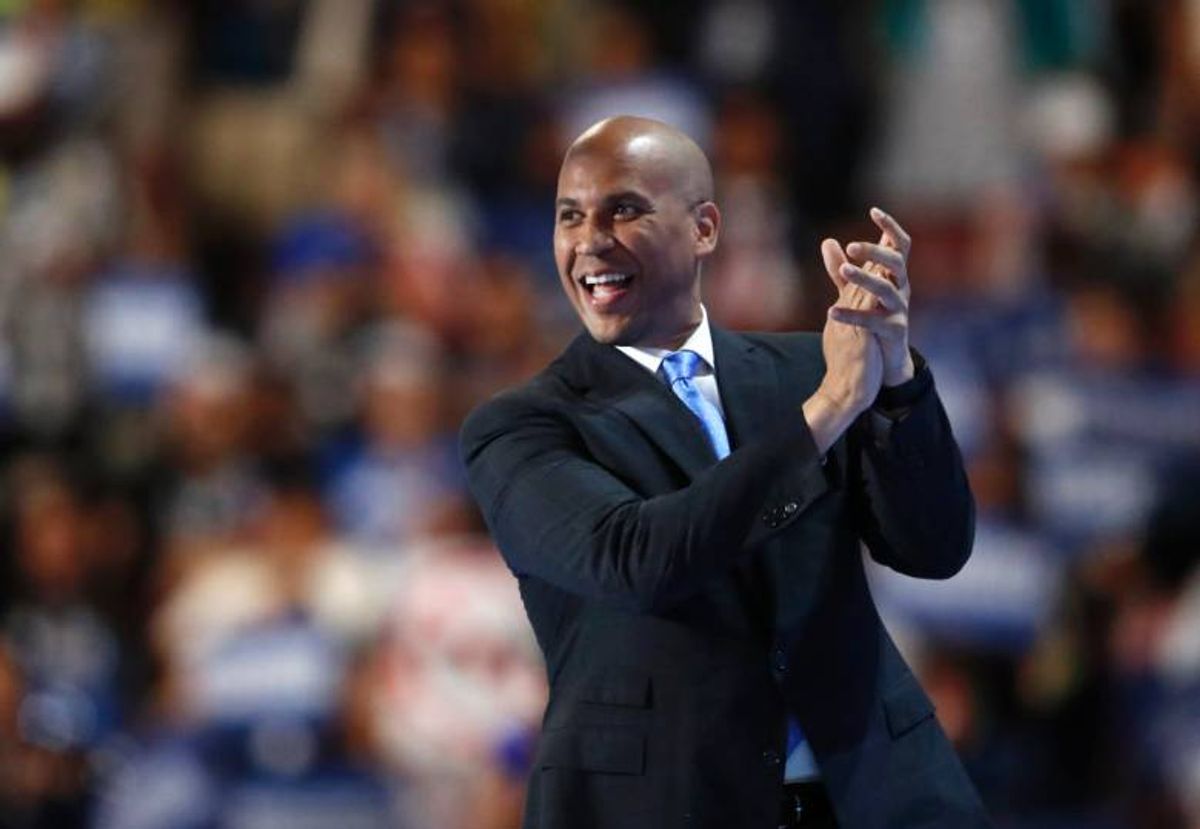 What began as rowdy and chaotic opening afternoon for the Democratic National Convention gave way to an electric and rousing primetime lineup of emotional speeches by the nation's top Democrats, anchored by the only black Democratic senator reciting Maya Angelou's most iconic poem.

"Let me tell your right now, when Trump spews insulting and demeaning words about our fellow Americans, I think that poem by Maya Angelou," New Jersey Senator Cory Booker said during a speech that was occasionally interrupted by chants of "Black Lives Matter" and "War Hawk."

"'You may write me down in history With your bitter, twisted lies, You may trod me in the very dirt. But still, like dust, I'll rise,'" he said, reciting the famous Angelou poem with help from the crowded hall.

"Let us declare a day that we will be a free people, free from fear and intimidation," he later said. "We are the United States of America. Our best days are ahead of us. Together with Hillary Clinton as our president, America, we will rise."

“I respect and value the ideals of rugged individualism and self-reliance. But rugged individualism didn’t defeat the British, it didn’t get us to the moon, build our nation’s highways or map the human genome. We did that together,” Booker said in his convention speech. “This is the high call of patriotism. Patriotism is love of country. But you can’t love your country without loving your countrymen and countrywomen. We don’t always have to agree, but we must empower each other, we must find the common ground, we must build bridges across our differences to pursue the common good.”

“We’ve watched Donald Trump, our children, our daughters, our nieces, and grandkids have watched him calling women women degrading names: ‘dog,’ ‘fat pig,’ ‘disgusting,’ animal,'” Booker continued, turning his attention to the GOP nominee. “It is a twisted hypocrisy when he treats other women in a manner he would never, ever accept from another man speaking about his daughters or his wife.”

"Trump said he would run our country like he would run his businesses," Booker said. "Well, I am from Jersey, and we see how he leads in Atlantic City. He got rich while his companies declared multiple bankruptcies."

Booker's speech was apparently so good it warranted a quick response from the notoriously thin-skinned GOP nominee: