Bill gets personal: Clinton's latest speech took us inside his marriage with Hillary — and it was perfect 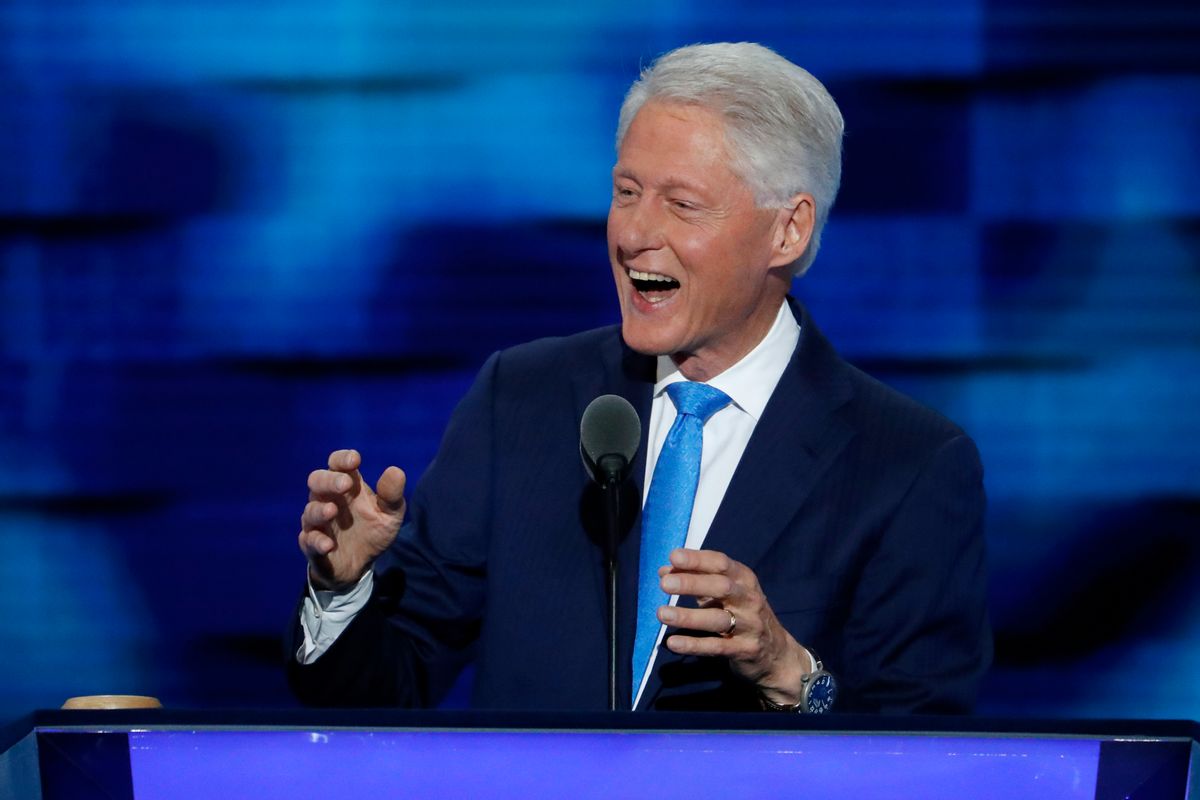 It seems as long as I can remember that Bill Clinton has been giving highly anticipated speeches and the press has whined petulantly about how long and boring they are. In fact, the vast majority of his speeches have been extremely well received by the American people but the media follows a script from his very first national exposure back in 1988 when he was Governor of Arkansas and a rising young political star. His DNC speech nominating fellow Governor  Michael Dukakis really was exceedingly dull finally ending with catcall and jeers from the hall. It was bad enough that many people assumed his career was finished.

But Bill Clinton is high-wire act and often looks like he's going to take a fatal tumble only to catch himself at the last minute and pull himself back up to the great relief of the people watching.  In this case, he decided to go on the "Tonight Show" directly afterwards and as has happened so many times since, reports of his death were premature and he came out of the whole thing as a popular national figure. Here's how the press reported it at the time:

Clinton, panned for a Democratic convention speech that seemed like the last word in boredom when he nominated Michael Dukakis for president, has apparently made a comeback with his appearance Thursday with Johnny Carson on “The Tonight Show.” Cable News Network on Friday cited the governor for the “fastest turnaround ever” on its weekly “Winners and Losers.”

“People who watch television love this kind of comeback story. He was so boyish and charming. I’m sure he won a lot of hearts,” said Tom Shales, syndicated television critic for The Washington Post.

Ever since then virtually every speech Clinton has given is characterized in the media as being long and dull, often a laundry list of boring policies that the pundits are sure will finally turn the public against him.  And inevitably, people actually like the speech, his favorabilities go up and the media acts surprised. Until the next time.

Clinton is different from Barack Obama. He doesn't have that "thrill up the leg" quality as Chris Matthews once described it. But he is a masterful speaker in his own right. He's a spinner of stories and an adept explainer of complicated issues in simple terms. And there's always a sense of enjoyment in the task.

He's also very fast on his feet. Being the high wire act that he is, there can often be some problem with technical problem that requires him to wing it. The most famous example was one of his most important speeches back at the beginning of his first term when he appeared before a joint session of congress to present his comprehensive health care plan. For some reason the wrong speech was fed into the teleprompter and Clinton had to wing the wonky speech for nearly 10 minutes until they managed to get the right one in the machine. Nobody would have known if the press hadn't reported it. He didn't miss a beat.

In 1997, they had another technical problem with the SOTU  that caused the speech to be unformatted. This time they fixed it seconds before the speech was about to start. Bizarrely, that was happening at the same moment the OJ Simpson civil trial verdict was returned and the networks actually believed they needed to cover it so they broadcast the State of the Union on a split screen. And the following year Clinton delivered it just as the Monica Lewinsky story was breaking which had the media watching his every move for signs of stress. He didn't show any.

He has given good speeches at all the Democratic Conventions since that debacle on 1988. But his most famous, until last night perhaps, was the 2012 barn burner where he made the case for President Obama's reelection. Again the press whined that it was too long but even they had to admit that it was extremely effective. Historian David Maraniss described it for the Washington Post:

Twelve years out of office but still and always ready to be needed, he took to prime time as master explainer and policy clarifier, party morale booster extraordinaire, voice of experience, historian longing for the old days of political bipartisanship, earnest economics instructor, hoarse whisperer to the middle class, and empathetic testifier for President Obama, who came to the Democratic National Convention arena on Wednesday night to watch as the former president placed his name in nomination.

The Obama campaign gave him credit for launching the president out of his convention with a big bounce that never went away.

Last night the usual jaded attitude from the press was in full effect. On Twitter they groused about the length of the speech as usual but the likely reaction among the general public will be what it always is. This time, rather than being the "explainer-in-chief" he spun stories to reintroduce Hillary Clinton to America through the eyes of the man to whom she's been married for more than 40 years. He presented her as scary smart and committed to social justice from the time she was a young lawyer working for the Children's Defense Fund, registering voters in Texas and investigating housing discrimination in Mississippi.  He said, "Hillary opened my eyes to a whole new world of public service by a private citizen."

He took the country into their personal life showing her as a girlfriend, a newlywed and a young mother. This was not new to people who've read Clinton's memoirs or followed her career (although the story of a pregnant future presidential nominee's water breaking was a new one.) But for many people last night was the first time many of them may have seen Hillary Clinton as something other than a caricature. He said:

"If you win elections on the theory that government is always bad and will mess up a two-car parade, a real change-maker represents a real threat. Your only option is to create a cartoon alternative then run against the cartoons. Cartoons are two-dimensional and are easy to absorb. Real life is complex and hard to absorb."

Indeed it is. And Bill Clinton, for all his flaws, came through for her last night with one of the best speeches he's given. It was a fitting benediction.