"I am an unwilling participant in this movement": Mothers of the movement deliver powerful testimonies at DNC

Black Lives Matter is given its largest national platform yet 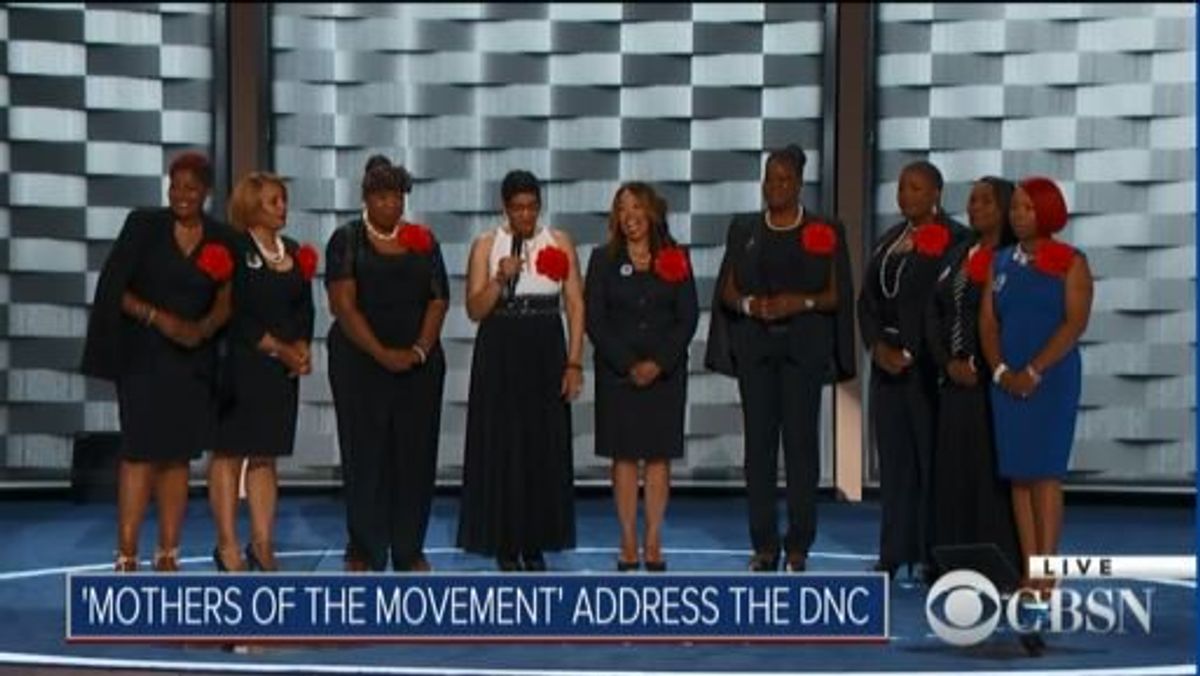 "One life at a time, one mother at a time, we can change the world," Hollywood actor Tony Goldwyn declared to introduced the so-called Mothers of the Movement on the second evening of the Democratic National Convention on Tuesday.

Nine African-American women who lost their children to police and vigilante violence walked on to the stage at Philadelphia's Wells Fargo Center with giant red roses affixed to their chests -- just above their hearts -- and delivered a series of moving testimonies about their lost children and their endorsement of Democratic presidential nominee Hillary Clinton.

"One year ago, yesterday, I lived the worst nightmare can imagine," the mother of the 28-year-old woman who was illegally pulled over and jailed on her way to a brand new job in Texas. Bland died three days after being booked at the county jail for allegedly assaulting an officer. Her funeral was one year ago.

Reed-Veal commanded silence from the room that had just seen a walk-out by a contingent of disgruntled Bernie Sanders delegates to say the names of six other women who died in police custody the same month Bland passed away in 2015.

"I am here with Hillary Clinton because she is a leader who will say our children's names."

"What a blessing to be standing here," Reed-Veal said, choking back tears, "so that Sandy can still speak through her mama."

"I lived in fear that my son would die like this," the mother of the 17-year-old gunned down in a Florida gas station for playing loud music.

"You don't stop being a parent when your child dies," McBath said. "I am still Jordan's mom."

"Not only did she listen to our problems, she invited us to be part of the solution. And that is what we are going to do."

The final speaker from the group was the mother of the most famous victim of Stand Your Ground.

"This isn't about being politically correct. This is about saving our children," Sabrina Fulton, mother of Trayvon Martin told the crowd.

"I am an unwilling participant in this movement," she said, noting that the fight for reform is as much about the memory of Trayvon as it is about the life of her other son, Jahvaris: "So that this heartbroken club stops growing."

Mother of Trayvon Martin: "This isn't about being politically correct. This is about saving our children." pic.twitter.com/OxLCfO0cfN

31-year-old Dontre, a diagnosed paranoid schizophrenic, was sleeping on a park bench when employees from a nearby Starbucks called the police because they thought he was disturbing the peace. After one responding officer determined that Dontre was not breaking the law, former Milwaukee Police Officer Christopher Manney still attempted to pat him down before shooting him 14 times.

No charges were filed against Manney although he was let go from the police department for conducting an illegal pat down.

In a bystander video that went viral, Garner can be heard repeatedly saying “I can’t breathe” while in a chokehold administered by an NYPD officer. Still, a jury decided to not indict the officer, Daniel Pantaleo, on Dec. 13, 2014.

The 15-year-old Chicago teenager was shot by two gang members while in a Chicago park with friends on Jan. 29, 2013.

The 18-year-old who was killed by a Ferguson, Missouri police officer Darren Wilson.

Oscar Grant was killed by a BART police officer in 2009.