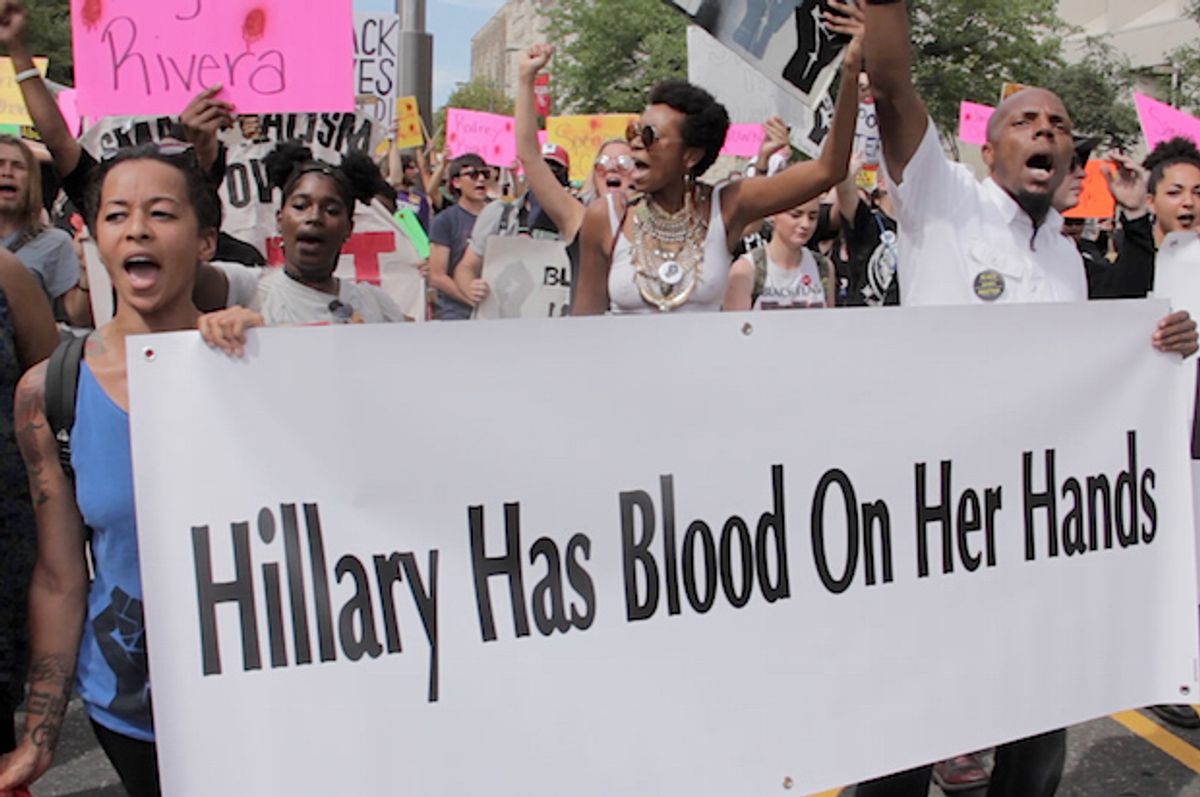 Several hundred Black Lives Matter protesters marched six miles from northern Philadelphia, through downtown, to the Democratic National Convention in the south of the city on Tuesday.

The march was led by the Philly Coalition for REAL (Racial, Economic And Legal) Justice. The group called the demonstration #BLKDNCResistance.

At the front of the march, activists held banners reading "Hillary, delete yourself" and "Hillary has blood on her hands."

"I believe that we will win! F**k Hillary!" they sang.

They added: "Hillary has blood on her hands!" and "F**k the system!"

During the march, Philly Coalition for REAL Justice activists stopped several times to give speeches. They expressed solidarity with people in Palestine, Puerto Rico, Haiti and more — and condemned Clinton for her staunch support for the Israeli government, despite its crimes against the Palestinians; Clinton's backing of the PROMESA bill, which critics say installs a "colonial" U.S. control board in Puerto Rico; and the Clinton Foundation's exploitation of the earthquake in Haiti.

After arriving in the heart of Philadelphia, the Black Lives Matter marchers joined forces with a socialist, anti-racist demonstration held by the Workers World Party.

At the combined protest, Workers World Party activists led another anti-Clinton chant: "No Clinton, no KKK, no Wall Street USA!"

Later, when they saw Fox News at the demonstration, protesters also chanted "F**k Fox News!" and "Fox News is the KKK!"