Hinckley, 61, will be allowed to live permanently with his mother in Virginia, under a ruling from a federal judge 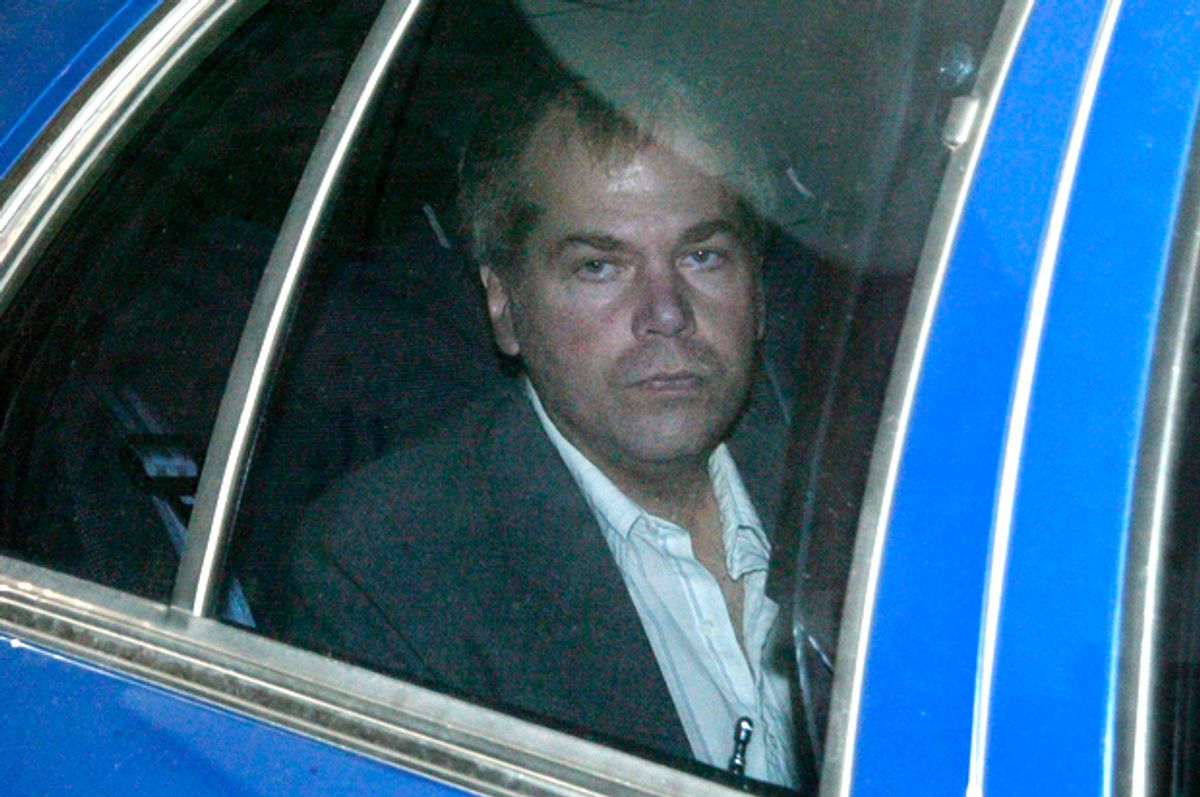 John Hinckley Jr., the would-be assassin who shot President Ronald Reagan in 1981, will be released from the mental hospital where he has lived for decades on the condition that he moves in with his elderly mother in Williamsburg, Virginia.

Hinckley, 61, will be allowed to live permanently with his mother, under a ruling from a federal judge issued Wednesday.

"The government and its expert... and all of Mr. Hinckley's treatment providers," the opinion of U.S. District Judge Paul L. Friedman stated, "now agree — unanimously — that Mr. Hinckley is ready for full-time convalescent leave and that, with certain conditions, he will not be a danger to himself or others." Since 1983, the order said, Hinckley had "displayed no symptoms of active mental illness" and "exhibited no violent behavior."

Hinckley was 25 when he shot Ronald Reagan and three others outside the Washington Hilton Hotel on March 30, 1981. Reagan press secretary James Brady suffered paralysis and permanent brain damage from gunshot wounds suffered during the attack. In 1993, gun control measures named in his honor were signed into law by President Bill Clinton — the so-called "Brady Bill," which requires federal background checks on gun purchasers and a five-day waiting period on firearms sales. Brady died from his injuries in 2014.

Hinckley suffered from acute psychosis and major depression, and attempted the assassination in a bid to impress the actress Jodie Foster, whom Hinckley stalked after becoming obsessed with the character Foster portrayed in the 1976 film "Taxi Driver." Hinckley was tried and found not guilty by reason of insanity.

Under the conditions of the order, Hinckley is forbidden from contacting his victims or their families, including Jodie Foster and any descendants of Ronald Reagan. He will not be permitted to possess firearms or consume alcohol or drugs.

Hinckley has resided at St. Elizabeths Hospital in Washington, D.C. for over three decades, where he has received treatment for mental illness. Since 2006, the order said, Hinckley has completed over 80 unsupervised visits with his family in Williamsburg without incident.

The order requires that Hinckley carry a GPS-enabled cell phone whenever he is away from his mother's residence during the first year of his release. Additionally, Hinckley is barred, at least temporarily, from accessing websites "relating to [his] crimes or his victims, weapons, or hardcore pornography." He will not be permitted to create social media accounts without official permission.

Hinckley could be permitted to move in with his mother as soon as next week.