"I'm a New Yorker and I know a con when I see one": Mike Bloomberg goes to the DNC to knockout Trump

"I built a business and I didn't do it with a million dollar check from my father," said the former mayor of NYC 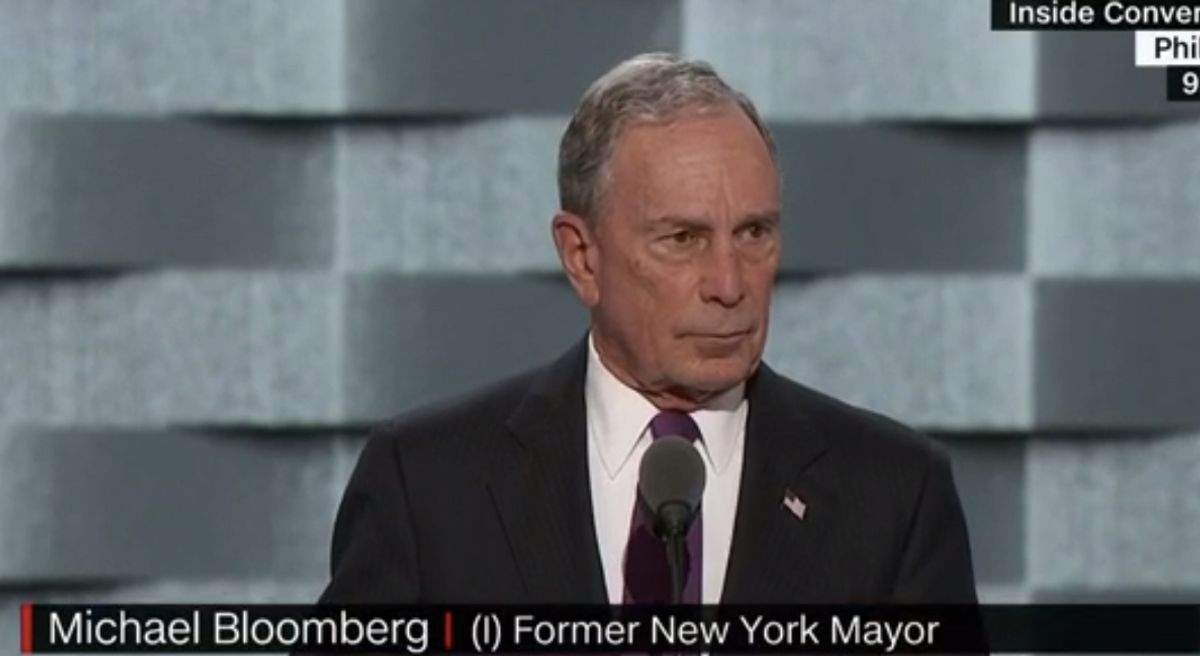 "I am here for one reason," the conservative to moderate announced to the convention hall of Democratic activists and elected officials, "to explain why I believe it is imperative that we elect Hillary Clinton as the next President of the United States."

Because up is down and we may be a few short months away from electing a former reality TV star as our commander-in-chief, Bloomberg's blistering attack on fellow New York businessman Donald Trump's record was received with wild applause -- despite explicitly directing his address to Independent, not Democratic, voters.

"We must put disagreements aside for the good of the country & unite around the candidate who can defeat a dangerous demagogue," Bloomberg said, after receiving scattered boos for outlining his policy disagreements with Democrats.

Then Bloomberg got to the meat of his blistering attack.

"I built a business and I didn't do it with a million dollar check from my father," Bloomberg said.

Michael Bloomberg: "Trump says he wants to run the nation like he runs his business? God help us." #DemsInPhilly https://t.co/fBDMzxctMS

"Trump says he wants to run the nation like he's running his business," he continued. "God help us. I'm a New Yorker I know a con when I see one."

Bloomberg on Trump: "I'm a New Yorker, and I know a con when I see one" #DemsInPhilly https://t.co/QR3pdmq9Lm https://t.co/ynTVgyxkxj

"Truth be told, the richest thing about Donald Trump is his hypocrisy."

"So I say to my fellow independents --your vote matters now," the surprise guest of the evening said, reaching out to non-Democrats.