Life after Fountains of Wayne: "I don’t find myself listening to power-pop music at all"

Salon talks to the band's former frontman Chris Collingwood about dour music, the Mellotron and his new album 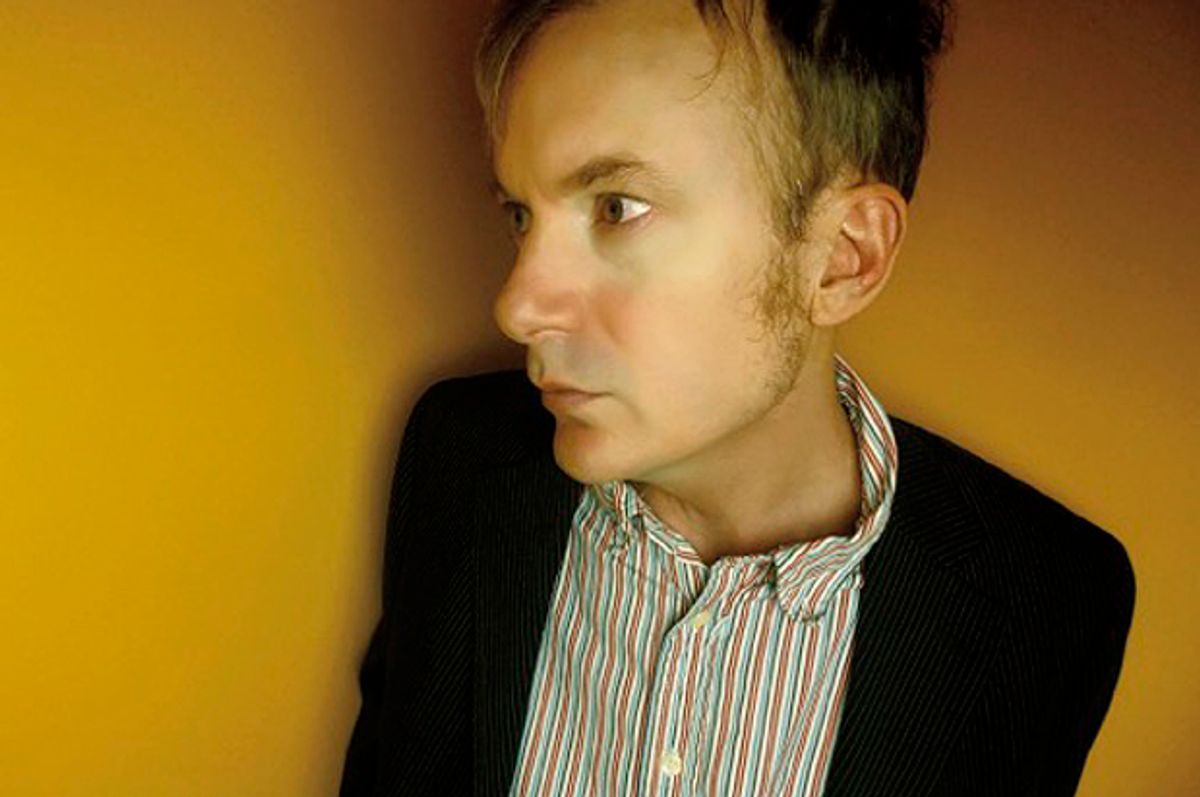 He was the lead singer of the band Fountains of Wayne — known for songs like “Radiation Vibe” and “Stacy’s Mom.” Now, five years after the band’s last recording, Chris Collingwood has gone solo, and while his new album shares the group’s melodic genius, it’s darker and less chipper. While he’s about a decade beyond the heavy drinking that derailed him, there’s a sense of pain that accompanies the beauty in many of the songs.

“Look Park,” named for a spot in Northampton, Mass., where Collingwood lives, is also one of the best rock albums of the year, bittersweet and full of longing. Part of the credit goes to veteran indie-rock producer Mitchell Froom, who has worked with great songwriters including Ron Sexsmith, Suzanne Vega, and Richard Thompson.

Collingwood spoke to Salon from his Massachusetts home; the interview has been lightly edited for clarity.

Fountains of Wayne was mostly a power-pop band, and the lyrics were often humorous, the hooks sweeping. Do you feel like you’re working in a different tradition with the solo album?

It’s interesting to me how many questions I get about genre. To me it’s all the same, and about how you dress it up. Maybe the hand-claps and sha-la-las and tambourines aren’t in the same place.

I don’t find myself listening to power-pop music at all. There was a time when I did. Now I’m in my 40s. I wanted to make an album that was like the kind of thing I wanted to listen to.

I think that most power-pop musicians probably don’t like the term. The good ones consider themselves songwriters.

What made you want to enlist Mitchell Froom on this one? Does he play on the album as well?

I think he plays every keyboard on the album.

He has been one of my favorite producers since 1988, with Crowded House. The records he made with Suzanne Vega and Elvis Costello are so crisp…

My manager at the time asked me who I wanted to work with, and when I said Mitchell Froom, he said we couldn’t afford him. But I just emailed him.

The word I most often use for him was immersive. We’d talk on the phone for hours a day. I had a lot of demos, some fleshed out, some not. We talked about bands we liked, bands we hated. We talked about everything. He’s someone who really dives into the production process.

What did he bring to the sound of the record?

The biggest thing Mitchell brought was the Mellotron. We realized we were both huge Moody Blues fans. The Mellotron gives everything a gravitas it wouldn’t otherwise have. And it’s something that would sounds completely out of place on a Fountains of Wayne album.

The Beatles also used the Mellotron, didn’t they? Remind me which songs.

The most famous ones are probably “The Fool on the Hill” and “Across the Universe.”

This album has a very different emotional tone than Fountains of Wayne. Has your listening changed a lot?

There was a song on the last record called “Cemetery Guns” [that was darker]. And some journalist asked me what I did in my spare time; I said I mostly read political books, and that I was a more dour person than you’d expect from listening to Fountains of Wayne’s music. She said, “Why don’t you make music that sounds more like that?” That’s a better organizing principle than working in the adolescent style that Fountains of Wayne was in.

Did Adam [Schlesinger] tend to write the cheerier songs and you the grimmer ones?

As a general rule that was true, though there are notables exceptions. Adam and I both wrote essays for the New York Times, about how his songs tended to be more literal and character-based while my songs were more abstract.

I like songs that take a minute to figure out, like Robyn Hitchcock songs, Pink Floyd songs, where you can’t tell if they’re about a girl or not. I like movies that you can’t figure out, too — a David Lynch movie rather than a straight-up rom-com.

Have you ever scored a film?

I’d really like to score a horror movie at some point. That’s my favorite kind of movie to watch.

What kinds of things do you read?

I threw my back out and finally made it through “Middlemarch.” And I read the big Dostoevsky book, “The Brothers Karamazov.” I read George Packer’s “The Unwinding.” And I’m starting to read the Susan Jacoby book, “The Age of American Unreason.”

One influence your old band and your new work has in common is the Beatles, even if you’re drawing on different eras of the band. Is this a band you still listen to, think about, or have you heard them too many times?

No, I don’t burn out on the Beatles. Sometimes people ask me for my 10 favorite albums or my desert island discs. I say it’s a pretty boring list because it’s mostly all Beatles albums.

I know you’re glad to be on your own now, but could you see touring or recording new music with Fountains of Wayne someday?

Fountains Of Wayne Music The Beatles