Obama's DNC letdown: The president needed to hit it out of the park, but he surprisingly fell short

Obama is one of the great orators of our time, but his meandering speech for Hillary missed the mark 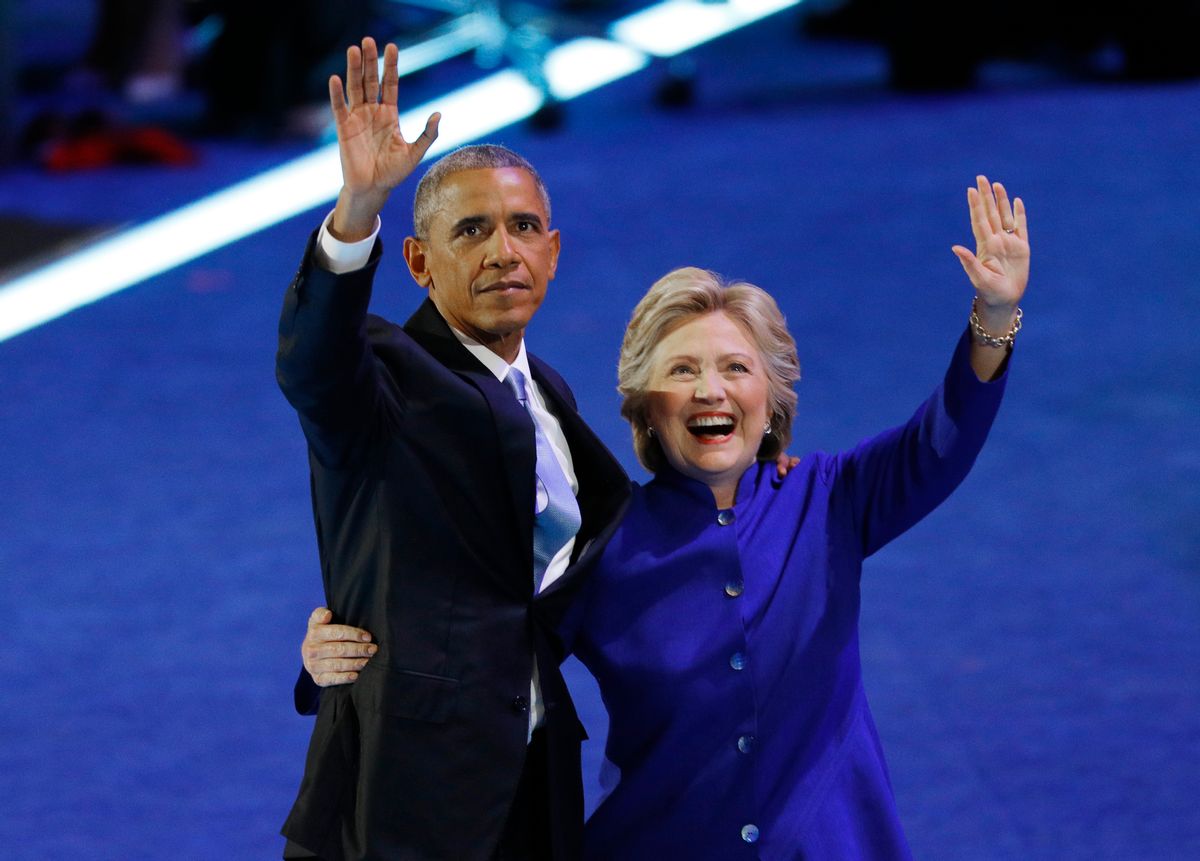 Barack Obama's signature, as a speaker, is his ability to stay on-topic. While most politicians try to cram everything, plus a stash of kittens and a stray puppy to boot, into their speeches, POTUS is known for writing speeches that stray little and focus heavily on the thesis at hand. Last night, in his speech supporting Hillary Clinton, was the last big foreseeable speech of his career. Last night, of all nights, he should have really brought his mighty oratory skills to bear.

Sadly, however, his speech was a bit...meh.

Not that it was bad, mind you. Obama hit a lot of high points, both shading Clinton's opponent, Donald Trump and highlighting how progressive and successful the Democratic agenda was, an especially important topic with all the ill-informed Bernie Sanders dead-enders in the audience who were convinced that Clinton is basically a Republican.

By most political speech standards, Obama was a 9 out of 10. But Obama is a better speaker than most. Unlike most politicians, he's an actual writer — the author of a best-selling memoir! — and he understands certain basics about speechifying most politicians don't: Keep it short. Keep it on topic. Don't be digressive.

And yet, for some reason, Obama delivered a Bill Clinton-esque performance, meandering around his own record, taking random digs at Donald Trump, and hitting applause lines (YES WE CAN) almost at random.

It was especially confusing in light of his wife's out-of-the-park performance on Monday night, which stuck to his more classic formula of short, well-structured speeches that tell coherent stories. Michelle Obama told an easy-to-remember tale, of sacrifice and reward, of watching her little girls cash in the hard work by women and people of color to make America truly a land of opportunity.

It's hard to put a thesis statement into Barack Obama's speech. He roamed around, hat-tipping Black Lives Matter and Clinton's hard work, but one never got the sense, from him, of Clinton as a friend. Michelle Obama sold Clinton that way, portraying her as an older woman she had grown close to and come to admire. Bill Clinton had done it, portraying his wife as she frankly, as a human, deserves to be seen: As a kind-hearted woman who loves her child and can set human male hearts a-flutter.

But to Barack Obama, the man who sat with her as they watched their hard work result in the death of the man who inflicted 9/11 on us? No real warmth was detected.

It's hard for me to imagine going through that with someone and not feeling bound to them. How our president, a man who is a genius at making the incomprehensible seem downright folksy, failed to convey that, is a great mystery.

That said, I don't think Obama should pull himself off the trail or feel like a liability to Clinton. His comments about how they reconciled post-primary offer an important example to Bernie Sanders holdouts who don't understand the basic facts of politics. He is also, as much as it pains me to say, better at delivering sick burns in the direction of Donald Trump better than any other politician on the planet. Trump's impotent, small-fingered response already indicates that.

But that was a crowd that was fully ready to be united and scream its head off at the chance of electing the first female president, and, for some reason, Obama just fell a bit short of the task. As he noted in the speech, being the leader of the free world is hard work — which is why we should want Clinton in the job — so perhaps he didn't have time to tell a better story.

Still, a shame. Most of us wanted to hear the real story of how these two former foes became friends. Obama could have told that story in style, and made history while he did it. His failure to do so is on him.