Cooling measures are big and getting bigger: The global impact of air conditioning 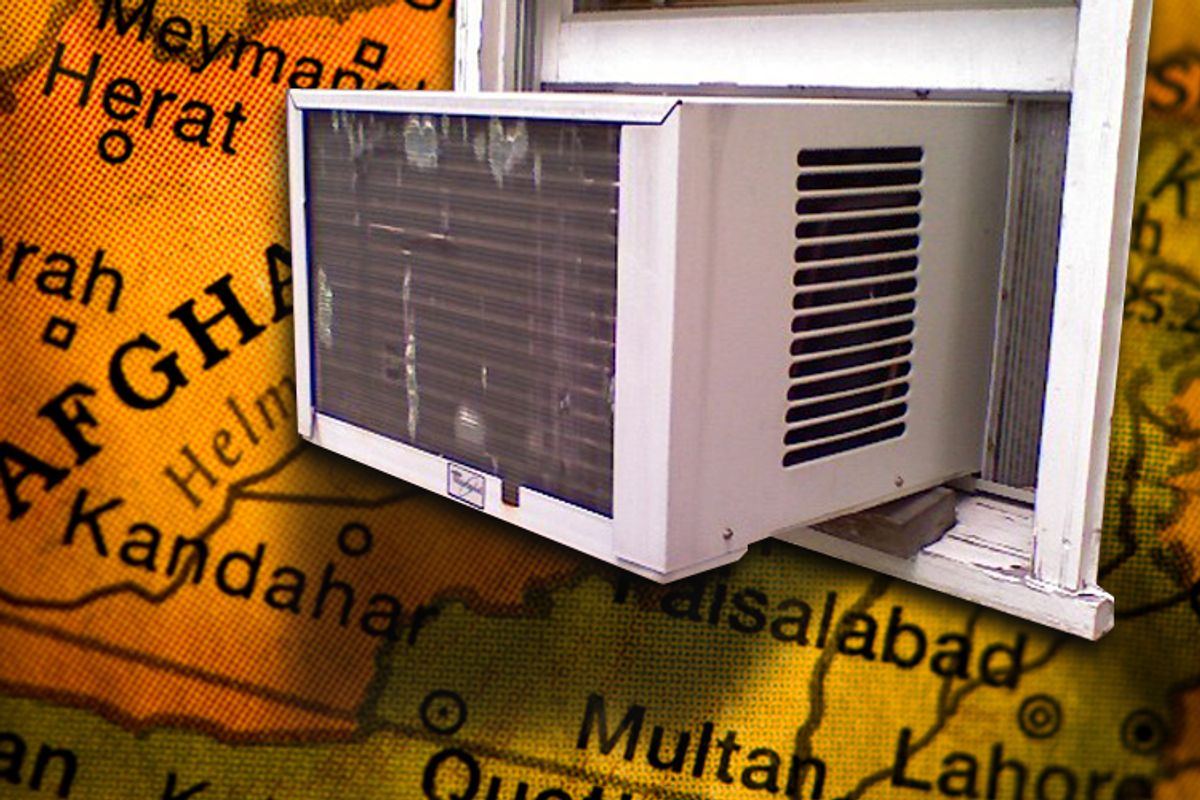 With a heat wave pushing the heat index well above 100°F (38°C) through much of the United States, most of us are happy to stay indoors and crank the air conditioning. And if you think it’s hot here, try 124°F in India. Globally, 2016 is poised to be another record-breaking year for average temperatures. This means more air conditioning. Much more.

In a paper published in the Proceedings of the National Academy of Science (PNAS), Paul Gertler and I examine the enormous global potential for air conditioning. As incomes rise around the world and global temperatures go up, people are buying air conditioners at alarming rates. In China, for example, sales of air conditioners have nearly doubled over the last five years. Each year now more than 60 million air conditioners are sold in China, more than eight times as many as are sold annually in the United States.

Meeting this increased demand for electricity will require billions of dollars of infrastructure investments and result in billions of tons of increased carbon dioxide emissions. A new study by Lawrence Berkeley Lab also points out that more ACs means more refrigerants that are potent greenhouse gases.

To get an idea of the global impact of higher air conditioner use, we looked at Mexico, a country with highly varied climate ranging from hot and humid tropical to arid deserts to high-altitude plateaus. Average year-round temperatures range from the high 50's Fahrenheit in the high-altitude plateaus to low 80’s in the Yucatan Peninsula.

Patterns of air conditioning vary widely across Mexico. There is little air conditioning in cool areas of the country — even at high-income levels, penetration never exceeds 10 percent. In hot areas, however, the pattern is very different. Penetration begins low but then increases steadily with income to reach near 80 percent.

As Mexicans grow richer, many more will buy air conditioners. And as average temperatures increase, the reach of air conditioning will be extended, even to the relatively cool areas where saturation is currently low. Our model predicts that near 100 percent of households will have air conditioning in all the warm areas within just a few decades.

We expect this pattern to hold not only in Mexico but around the world. When you look around, there are a lot of hot places where people are getting richer. In our study, we ranked countries in terms of air conditioning potential. We defined potential as the product of population and cooling degree days (CDDs), a unit used to determine the demand for energy to cool buildings.

Mexico ranks No. 12 but has fewer than half the CDDs experienced by India, Indonesia, Philippines and Thailand. These countries currently have lower GDP per capita, but our research predicts rapid air conditioning adoption in these countries over the next couple of decades.

What does all this mean for carbon dioxide emissions? It depends on the pace of technological change, both for cooling equipment and for electricity generation.

Today’s air conditioners use only about half as much electricity now as in 1990, and continued advances in energy efficiency could reduce the energy consumption impacts substantially. Likewise, continued development of solar, wind and other low-carbon sources of electricity generation could mitigate the increases in carbon dioxide emissions.

As an economist, my view is that the best way to get there is a carbon tax. Higher-priced electricity would slow the adoption and use of air conditioning, while spurring innovation in energy efficiency. A carbon tax would also give a boost to renewable generating technologies, increasing their deployment. Low- and middle-income countries are anticipating large increases in energy demand over the next several decades, and carbon legislation along the lines of carbon tax is the most efficient approach to meeting that demand with low-carbon technologies.

Pricing carbon would also lead to broader behavioral changes. Our homes and businesses tend to be very energy-intensive. In part, this reflects the fact that carbon emissions are free. Energy would be more expensive with a price on carbon, so more attention would go to building design. Natural shade, orientation, building materials, insulation and other considerations can have a big impact on energy consumption. We need efficient markets if we are going to stay cool without heating up the planet.

Lucas Davis is an associate professor at the University of California, Berkeley.