Kareem Abdul-Jabbar slams Trump by introducing himself as "Michael Jordan": "I said that because I knew Donald couldn't tell the difference" 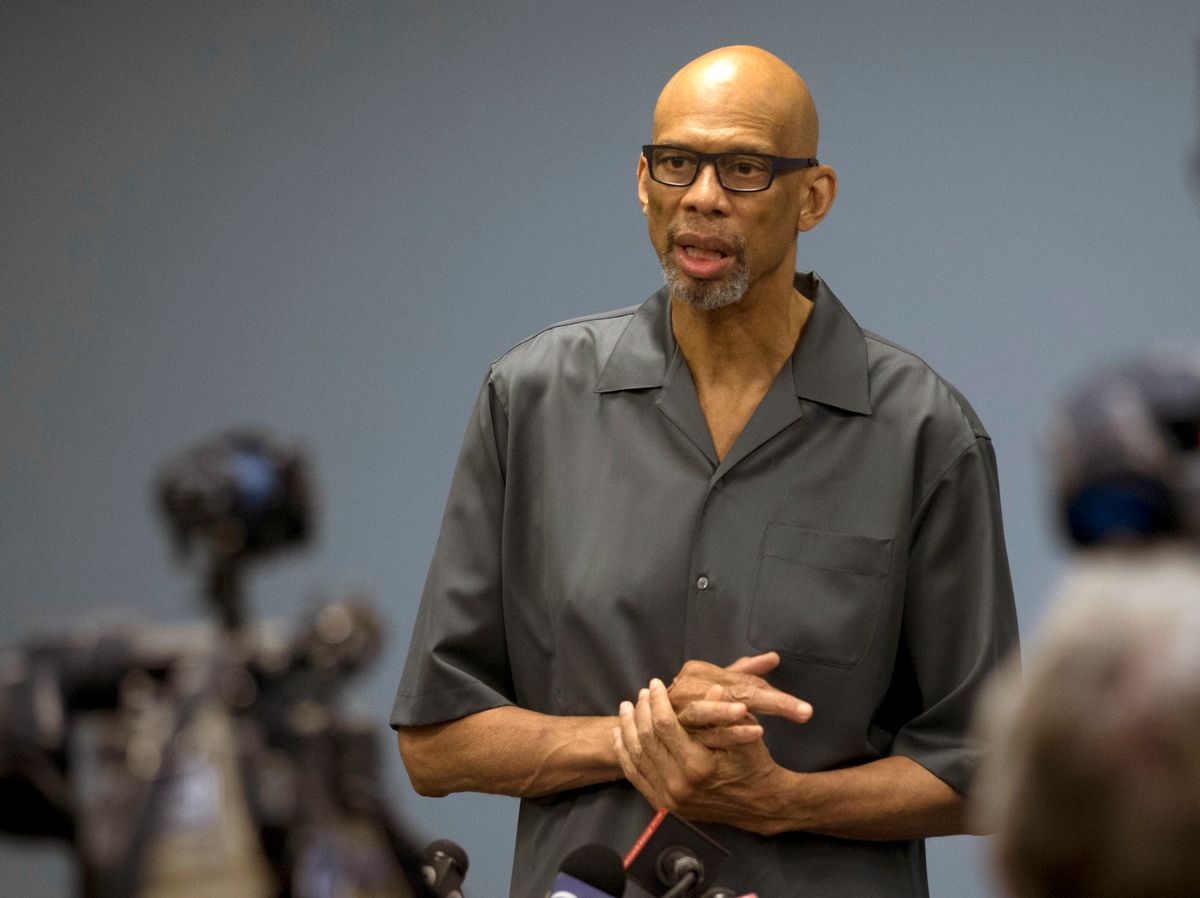 FILE - In this July 9, 2015, file photo, basketball legend Kareem Abdul-Jabbar speaks during a news conference in Los Angeles. The death of Muhammad Ali last week sent Abdul-Jabbar, the NBA's all-time scoring leader, and Jim Brown, a four-time NFL MVP, strolling down memory lane, back to June 4, 1967 and a sunny day that they spent together in Cleveland. (AP Photo/Jae C. Hong, File) (AP)
--

Basketball legend Kareem Abdul-Jabbar strode on-stage at the Democratic National Convention and informed the crowd that he was "Michael Jordan," and that he was there to support Hillary Clinton.

The crowd initially seemed confused by his comment, until he explained that "I said that because I knew Donald Trump couldn't tell the difference."

Abdul-Jabbar then launched into a moving speech about Muslims serving in the armed forces, including Captain Humayan Khan, who died in service after 9/11. His family had emigrated from the United Arab Emirates, and Abdul-Jabbar claimed that the kind of ban on Muslim immigration that Trump proposes is "the very kind of tyranny [Thomas] Jefferson abhorred."

He compared Jefferson's defense of religious freedom to "the 'religious freedom' acts like those signed by [Trump running mate] Mike Pence, which are the very opposite, because they encourage religious discrimination."

"At [their] core, such acts are the result of fear," he said, concluding that Americans need to stand up and say "not here, not ever."