Among the charges: misconduct in office, conspiracy, and willful neglect of duty 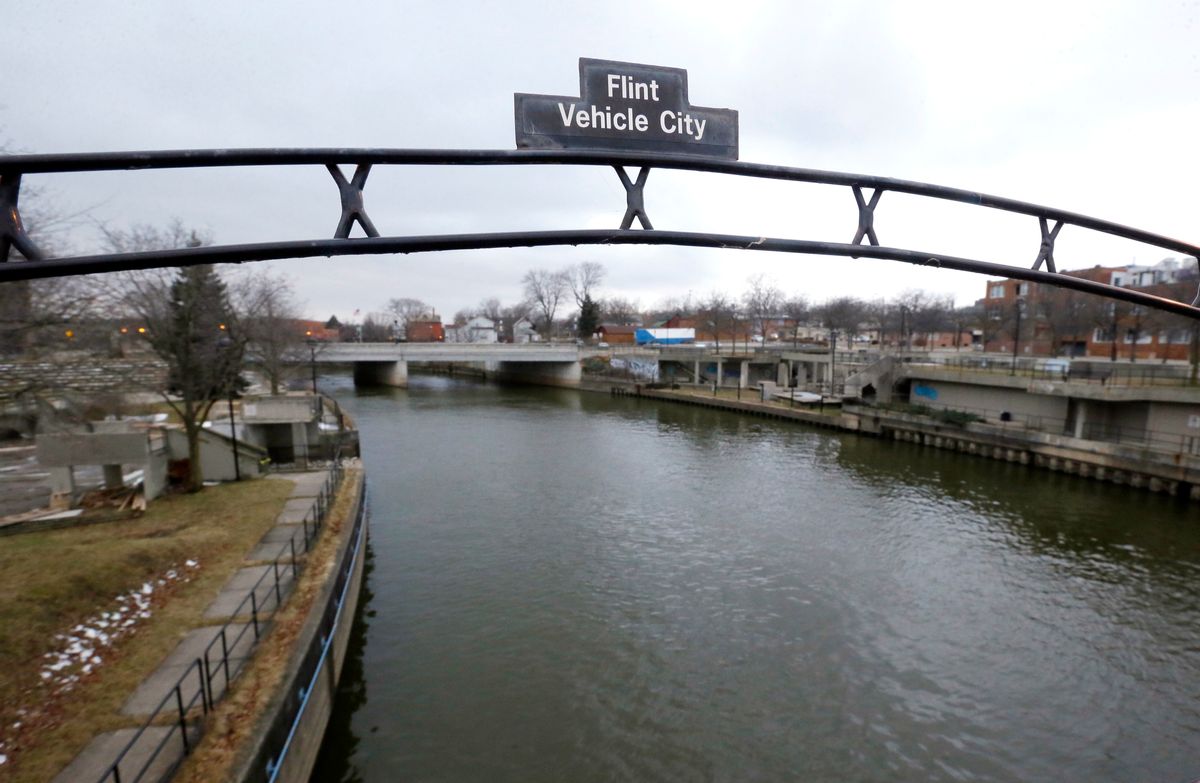 FILE - This Jan. 26, 2016 file photo shows a sign over the Flint River noting Flint, Mich., as Vehicle City. After months of national attention on lead-tainted drinking water in Flint, many are starting to ask questions about a 74-mile pipeline being built from Lake Huron to the struggling former auto manufacturing powerhouse. The $285 million project is rooted in political ambitions and long-simmering resentment toward Detroit, which for decades had near-total control of the city's water rates. (AP Photo/Carlos Osorio, File) (AP Photo/Carlos Osorio, File)
--

In 2014, Flint switched its water source to the Flint River, the infrastructure for which had corroded after decades of neglect, causing high lead levels in the water supply. As many as 12,000 children in the city are thought to have been exposed to the contaminated water.

Schuette's office announced charges against six state workers between the Michigan Departments of Environmental Quality and Health and Human Services. Three other state and city officials were charged in April.

Three employees at Health and Human Services — Nancy Peeler, Corinne Miller, and Robert Scott — were charged with misconduct in office, conspiracy and willful neglect of duty. At Environmental Quality, three more state employees — Liane Shekter-Smith, Adam Rosenthal, and Patrick Cook — were charged similarly for their roles in the coverup.

"Each of these individuals attempted to bury or cover up, to downplay or hide information that contradicted their own narrative," Schuette said in a press conference Friday morning. "In essence, these individuals concealed the truth, and they were criminally wrong to do so."

"These are real people — families who have been lied to by government officials and treated as expendable, as if they don't count," he added. "When our investigation is completed and our prosecutions are successful, then accountability and justice will be delivered to the families of Flint."