2016 Republicans: A “Know Nothing" party for the 21st Century

The politics of xenophobia: Trump follows a long tradition of vilifying immigrants — a stance the GOP owns 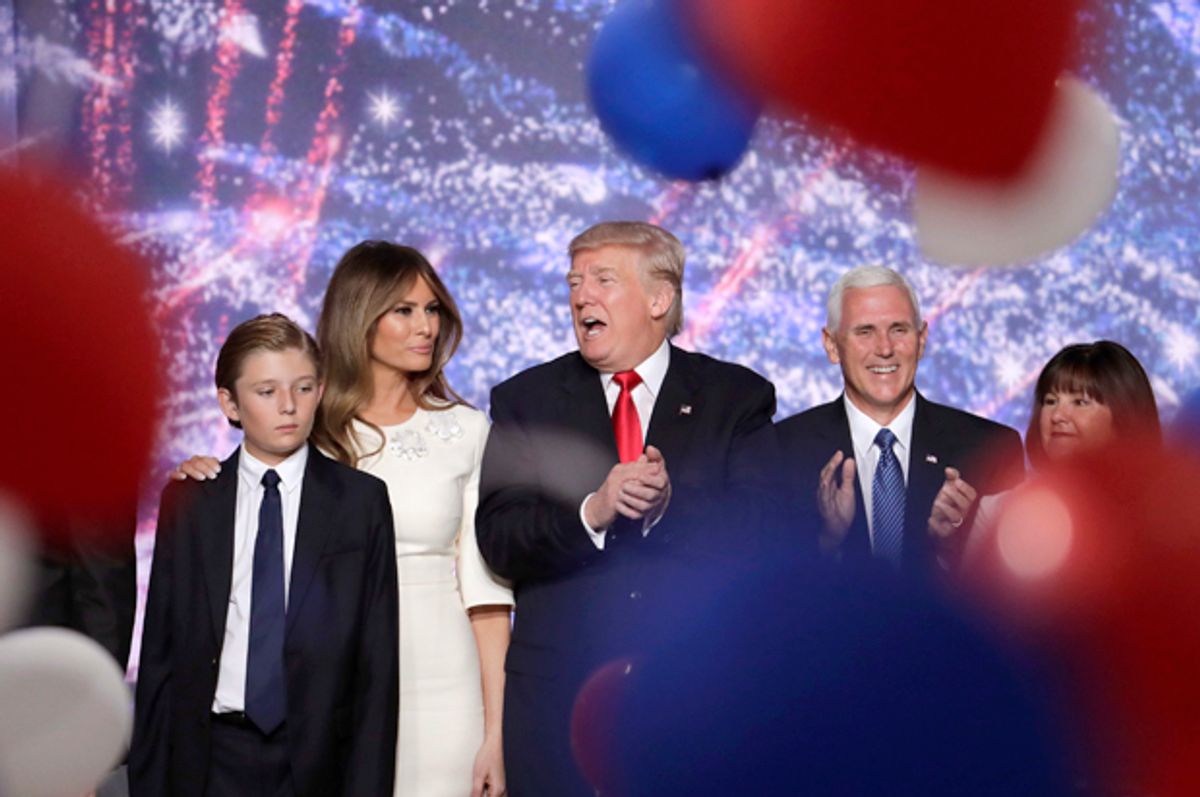 Recently, the Republican Party coalesced on the floor of its national convention in Cleveland to formally support Donald J. Trump.

Trump's nomination serves as a tacit endorsement of his nativist, xenophobic and bigoted rhetoric as de facto party platform for the foreseeable future. Consequently, the 2016 Republican Party has reached a point of no return in how it will be publicly defined for the years to come.

Trump has done a hallmark job of tapping into the overblown fears of the Republican base by vilifying Latino immigrants and lumping all Muslims into a broad category of "terrorist or potential terrorist."

This fabricated and fear-driven narrative is nothing new; politics in the United States has often fed into national trends of antipathy toward immigration and non-traditional religious practices. American history is fraught with examples of non-white, non-Christian groups being conspicuously excluded from the American promise – simply because enough Americans acquiesced to the politics of fear. Idealists may point out that the social proclivities of the United States have evolved to be more tolerant, compassionate and emotionally intelligent, but the reality is that the nation is bearing witness to a resurgence of these lower-brained mentalities in the 2016 presidential campaign; where an "us vs. them’" binary, oversimplified worldviews and a tendency to negatively stereotype entire religions, nationalities and cultures has proven to be a successful formula for elevating a boorish reality TV star to fully legitimate presidential candidate.

Today’s Trump-fueled zeitgeist reinvigorates these less sophisticated attitudes that can readily be traced to earlier years in American history, where the familiar refrains of xenophobia and bigotry defined the politics of a generation.

In the year 1850, an organization emerged in American politics that was the byproduct of the anti-immigrant and anti-Catholic sentiment that had been simmering throughout the previous decade. The Order of the Star Spangled Banner embraced a platform that fed into the fears of native-born whites across the nation as migrants from Germany and Ireland resettled in the United States. As immigrants crowded into urban tenements across the United States, it didn’t take long for white nativists to passionately lament the creeping changes to the cultural and religious landscape. They were also quick to point out the increase in crime and welfare expenditures – two common factors during periods of heavy immigration that have nothing to do with national origin or culture and more to do with poverty. The rationale behind this resentment is remarkably familiar when examined through the modern lens; their belief was that immigrants were ruining the country and Catholicism was an existential threat to the sanctity of a predominantly Protestant nation.

The Order of the Star Spangled Banner, with a name so hackneyed in its implied patriotism that it could easily be supplanted onto some modern day conservative super-PAC, found enough public support that it could convert to bona fide political party the year following and change its name to the American Party.

The American Party would quickly earn a nickname – the Know Nothing Party.  This was due to its members, in the interest of cultivating an air of secrecy about their organization, replying “I know nothing” when asked about the goings on of this new political organization. The "Know Nothing" admonitions for secrecy were superficial at best, and the party platform became abundantly clear as it garnered ever increasing national attention and support.

They struck a chord with the native-born white population by highlighting a platform that was almost exclusively defined by opposition to what the Know Nothings called the “alien menace” of German and Irish immigration.  This was complemented by the fact that many of these immigrants, especially the Irish, were bringing their Catholic faith across the Atlantic to the shores of the United States.  The fevered imaginations of the Know Nothings and their supporters were burning hot with the paranoid delusion that this was somehow going to lead to the United States becoming some sort of proto-Catholic caliphate that was governed by the Pope from Rome.

The Know Nothing message was remarkably clear and its strength lay in the simplicity and cohesiveness of its message. The movement saw sustained growth and became a formidable political force by the 1856 presidential election – where they were in a position to seriously appoint a candidate for the presidency. The party held strong to advocating for a complete shutdown on immigration to the United States, with continued focus on keeping Catholicism heavily contained and conspicuously marginalized.

The singular message of the Know Nothings had such resonance with the fearful and reactionary contingency of the United States that the fledgling Republican Party began to court their demographic by campaigning under principles of anti-Popery and anti-whiskey. The 1856 Republicans called for bans on immigration and proposed high tariffs on foreign manufactured goods. One Pennsylvania Republican summed it up as such: “Let our motto be; protection for everything American, against everything foreign.”

The 1856 Presidential election saw the Republican candidate John C. Fremont, who was able to secure support from many Know Nothing voters, lose to the Democrat James Buchannan by sixty electoral votes. Former president Millard Fillmore ran as the candidate for the Know Nothing/American Party and secured eight electoral votes. Despite the loss, the message of the Know Nothing platform remained embedded into the foundation of American political dialogue and would re-emerge periodically whenever immigration or unfamiliar religious practices are maligned as ominous social specters to be feared and loathed.

There are stark similarities between the Know Nothing Party of old and 2016 Trump Republicans; as the United States heads full-bore into the 2016 presidential race, we can surmise that the Republican Party in the wake of a Trump nomination has been reborn as a Know Nothing Party for the 21st century.

The new Know Nothing Party will not only carry this moniker due to similarities between Trump politics and 19th century bigotry – its titular distinction will also be based on its constituent’s willful lack of knowledge toward the principles that have contributed to the greatness of our republic. It carries a historical ignorance of the contributions of immigrants to the growth of the United States and the likely fact that their own ancestors were once persecuted as immigrant outsiders. The 2016 Know Nothings exhibit a xenophobic fervor that marginalizes the fastest growing demographic in the United States and supports the comically absurd folly of building a wall across the entire northern border of Mexico. It is a group that would willfully trample on the principles of religious and civil liberty in retaliation to the tragic violence of a very small number of radicals and an irrational belief that said violence is a reflection of 1.6 billion Muslims around the world.

After the loss of the 1856 election, the Know Nothings faded from the political landscape of the United States; but their ideology remained, albeit in different iterations, throughout American history.  The political attitudes of the 19th century Know Nothing Party are hauntingly familiar to anyone paying attention to the Trump campaign.  Regardless of whether or not Trump wins in November, what we can assume is that even if he loses, the views of the 2016 Know Nothings will likely continue to mar the landscape of American political rhetoric and the resurgent platforms of exclusion, xenophobia, and bigotry will continue to hinder the progress of this great nation.