"The mother probably wasn’t allowed to speak ‘cause it’s not allowed in their culture," Stone also told Alex Jones 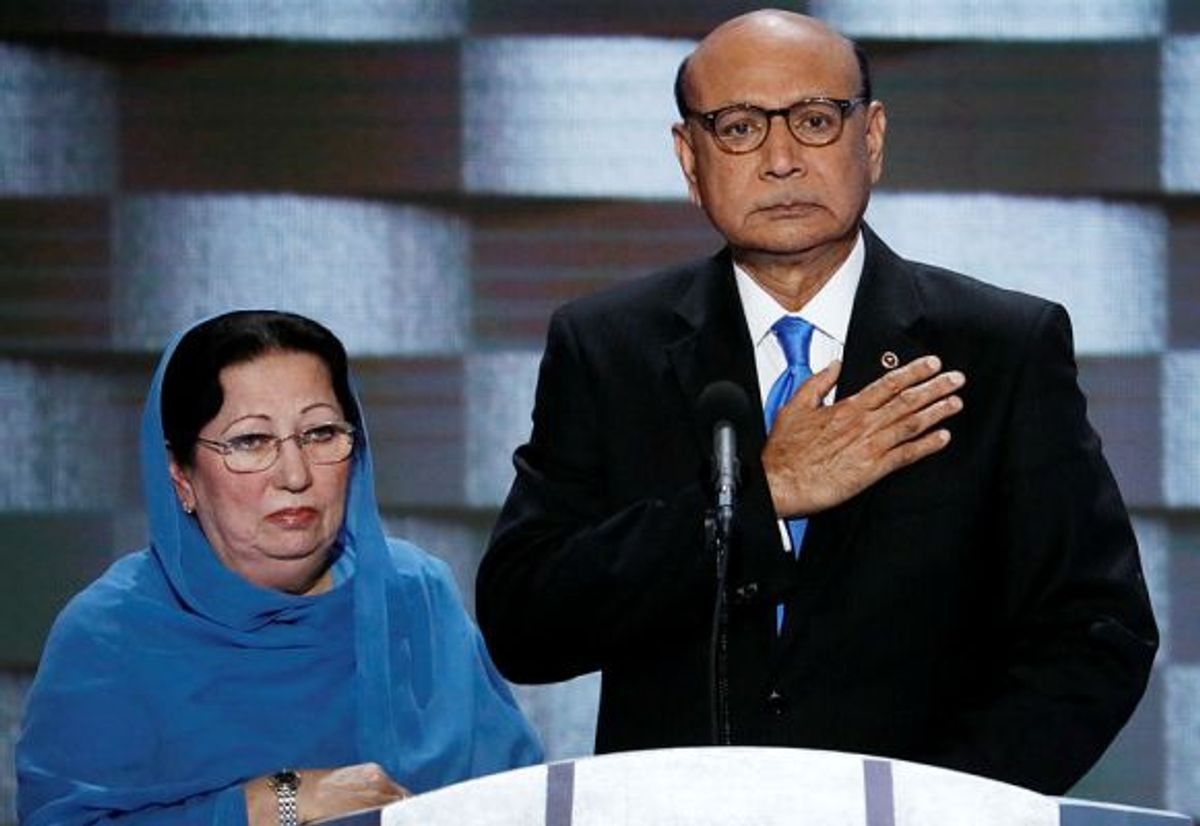 In response to Donald Trump's shocking attacks on Khizr and Ghazala Khan, the Gold Star parents of a fallen U.S. Muslim captain, several of his most prominent supporters have rushed to Trump's support by furthering his attacks to also accuse the Khan's of serving as spies for the Muslim Brotherhood.

Former Trump campaign staffer and key confidante Roger Stone turned to conspiracy theorist Alex Jones to repeat Trump's suggestion that the mother of Captain Humayun Khan did not speak out against Trump's proposal to ban Muslims from entering the U.S. because her faith represses women.

"But it’s true. Unfortunately, the mother probably wasn’t allowed to speak ‘cause it’s not allowed in their culture," Stone told Jones on his conspiratorial show Sunday:

After the appearance, Stone went on to escalate his attack on the family, tweeting an article suggesting that Mr. Khan "is a Muslim Brotherhood agent who wants to advance Sharia la and bring Muslims into the United States."

The attacks on the Khan family continued Monday morning, not only from those in Trump's orbit, but from the candidate himself. While the grieving family was giving an interview to CNN, during which wife Gazala explained the she chose not speak from the DNC convention stage, Trump claimed he was "viciously attacked" by her husband:

Former top Trump aide Corey Lewandowski then suggested on CNN that “if Donald Trump were the President, Captain Khan would still be alive":

The co-chair of Trump's national veterans coalition tweeted the same conspiracy theory that Mr. Khan is a member of the Muslim Brotherhood on Monday afternoon: