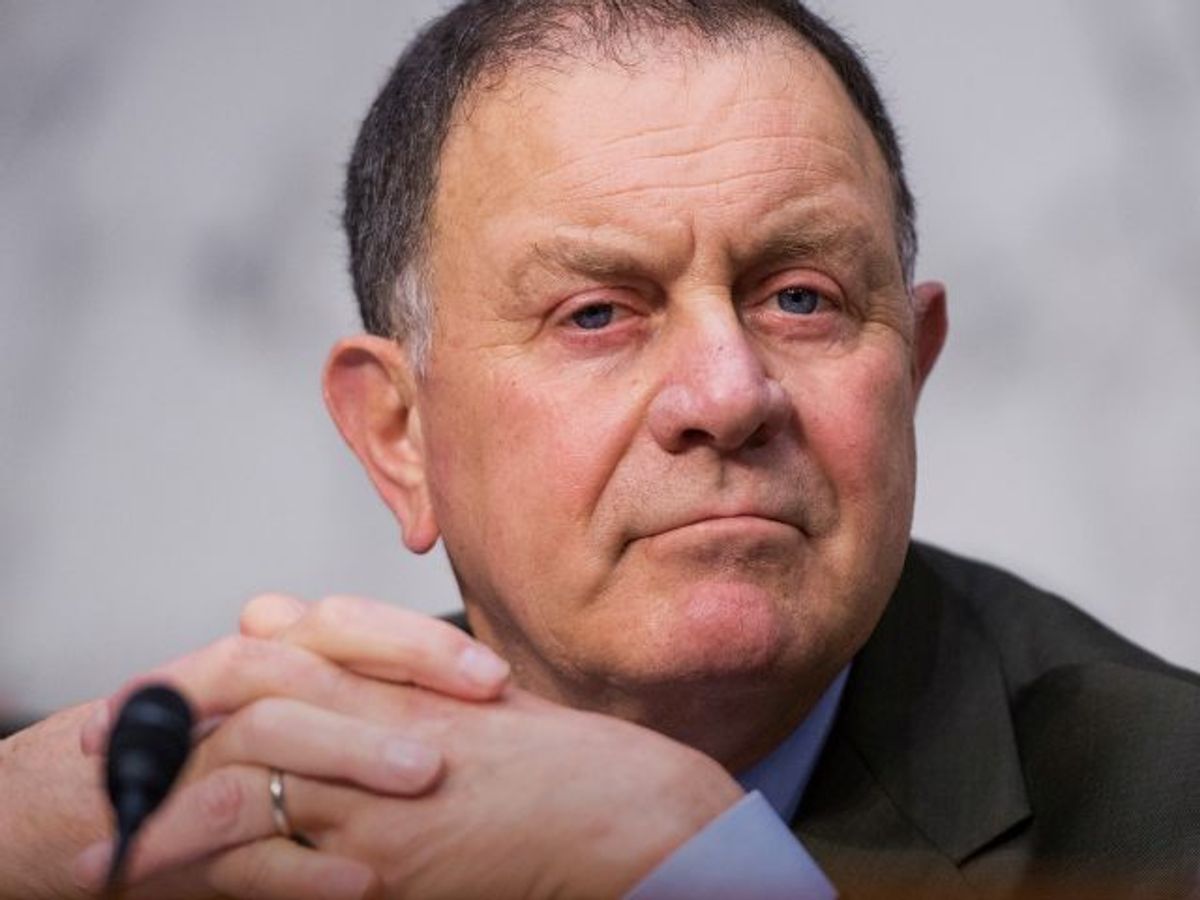 On Monday, after watching top elected Republicans prevaricate on their support of the Republican presidential nominee following his unprecedented attacks on Gold Star parents who spoke out against his campaign of anti-Muslim bigotry, I wondered if "we may have reached the beginnings of at least one near impossible occurrence" in this most bizarre campaign cycle.

"Will Republicans finally dump Trump after [the] Khan attacks," I asked. On Tuesday, the first sitting Republican congressman to do so citied Trump's attack on the Khans as he announced his endorsement of Democratic presidential nominee Hillary Clinton.

“In his latest foray of insults, Mr. Trump has attacked the parents of a slain U.S. soldier. Where do we draw the line?” New York Republican Congressman Richard Hanna asked in an op-ed and interview published by Syracuse.com on Tuesday. According to fellow Republican Congressman Charlie Dent (PA), who plans to abstain from voting for president, Hanna called to inform him of his decision to back the opposing party's nominee on Sunday evening.

Hanna, who is retiring after three terms in Congress, explained that while he's considered voting for Clinton for a few months, it was Trump's attacks on the parents of a fallen Muslim American soldier the pushed him away from his party's pick and into the Clinton camp.

"I saw that and felt incensed," Hanna told Syracuse.com. "I was stunned by the callousness of his comments."

Hanna then took on the feckless leadership from his fellow Republicans, who idly watched for months as Trump desecrated ideals they previously held up as sacrosanct.

“I thought it would have been when he alleged that U.S. Sen. John McCain was not a war hero because he was caught. Or the countless other insults he’s proudly lobbed from behind the Republican presidential podium," Hanna said, expressing shock at the list of terrible antics that have seemingly bounced off the teflon-laced businessman turned presidential contender.

"For me, it is not enough to simply denounce his comments: He is unfit to serve our party and cannot lead this country,” Hanna said, in direct contrast to his fellow Republicans who are still beholden to Republican voters like House Speaker Paul Ryan and Sen. John McCain, who is inexplicably running for reelection in Arizona this year.

In April, Hanna complained about "extreme" GOP primary voters, warning that the Republican Party "is not capable of nominating anyone who is electable nationally."

"While I disagree with her on many issues, I will vote for Mrs. Clinton. I will be hopeful and resolute in my belief that being a good American who loves his country is far more important than parties or winning and losing," he added in his endorsement Tuesday.

"Secretary Clinton has issues that depending on where one stands can be viewed as great or small. But she stands and has stood for causes bigger than herself for a lifetime. That matters," he wrote. "Mrs. Clinton has promoted many of the issues I have been committed to over the years including expanding education and supporting women's health care."

Hanna's endorsement comes a day after longtime Jeb Bush adviser and co-author of the GOP's post-2012 autopsy confirmed that she plans to vote for Hillary Clinton against Trump if the election in Florida is close -- officially leaving the Republican Party to register as an independent voter.