Trump's religious hypocrisy: He signed an anti-porn pledge that could penalize his own wife's photos

Donna Rice-Hughes got Trump to back a broad anti-porn pledge, and then the naked pictures of his wife came out 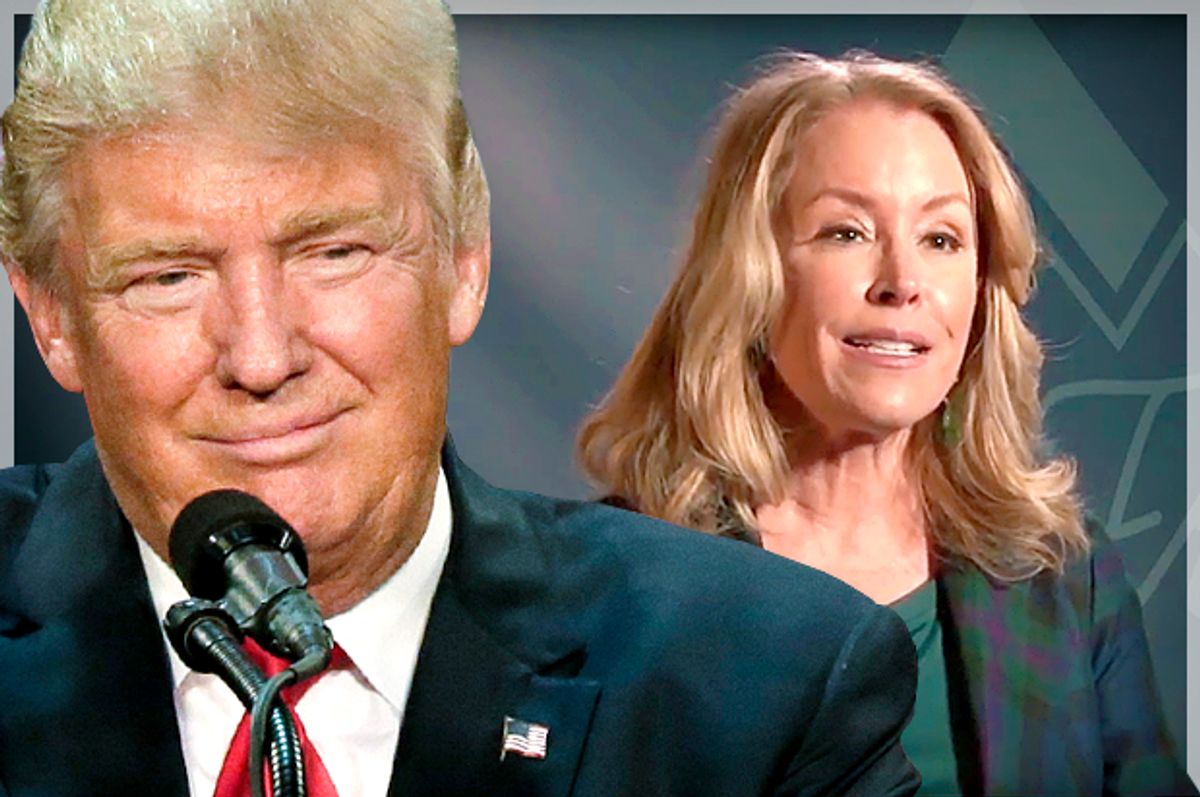 That Melania Trump posed for some racy nude photos a couple decades ago, which have been leeringly published by The New York Post, is not a story. Nudity isn’t wrong, sex isn’t wrong, photography isn’t wrong, and none of these things become wrong because you put them together.

The Enough Is Enough campaign, an anti-porn group, asked the presidential candidates to sign a pledge to “defend the innocence and dignity of America’s children by enforcing the existing federal laws and advancing public policies designed to 1) prevent the sexual exploitation of children online and 2) to make the Internet safer for all.”

Few, if any, would dispute the importance of fighting child pornography,  but the pledge also demands enforcement of “federal obscenity laws," which the group defines as “messages or pictures” that “are patently offensive descriptions or depictions of sexual or excretory organs or activities.”

They include “sexual nudity” and “dirty words” in this category. They also argue that “graphic sex acts” and “lewd exhibition of the genitals” should count as obscene materials that the federal government needs to scrub off the internet.

A careful reader will note that the photos of Melania Trump meet Enough Is Enough’s definition of obscenity.

If her name sounds familiar, congrats, you remember the Gary Hart scandal.

Rice-Hughes, who then was just going by her maiden name, was suspected in 1987 of having an affair with the then-senator, suspicions which dashed his presidential aspirations. Shortly thereafter, she turned towards Christianity and got married. Now she heads up an anti-pornography organization.

Bandari pointed to a recent ACLU victory in Louisiana, where the court struck down a law that made it a crime to publish material on the internet that is “harmful to minors” without verifying their age. The law was so broadly worded, according to Bandari, that one could get in legal trouble for offering sex education to high school students or even selling "The Catcher in the Rye".

It is worth noting that the Hillary Clinton campaign politely declined to sign Enough Is Enough’s pledge.

“Trump signing an anti-pornography pledge is just his latest effort to shore up support from white evangelical voters, a hugely important part of the Republican base,” Peter Montgomery of the People for the American Way, said over email.

He noted the laundry list of ways Trump has pandered to the Christian right, from letting them write the GOP platform to picking Mike Pence as his running mate to  promising “them the Supreme Court of their dreams”.

“I don’t know how many Religious Right leaders actually buy Trump’s transparently cynical religious appeals, but it doesn’t really matter,” Montgomery added. “They’re supporting him because he is promising to give them political power and a Supreme Court that will advance their agenda.”

“The pornography 'fantasy' has had real-life implications on our adult society and on our children,” argued Enough Is Enough communications director Cris Clapp Logan in an article on the website.  “Sensible adults — doctors, lawyers, and pastors—have lost their families, professions and life to hard-core pornography use.”

The Trump campaign’s response to the publication of Melania’s pictures has been dismissive. Jason Miller, the senior communications advisor, said the pictures are “nothing to be embarrassed about." The campaign told the NY Post that “pictures like this are very fashionable and common”.

To groups like Enough Is Enough, however, the commonness and lack of shame regarding explicit nudity and sexy pictures is the problem, the very one that Trump swore he would help to stomp out.

Trump really should decide: Is this sort of thing no big deal, as his campaign told the NY Post? Or is it a threat to the very fabric of society, as he suggested when he signed the Enough Is Enough anti-porn pledge?