It’s not a video game: Donald Trump is an avatar for the GOP's worst impulses, but the consequences will be real 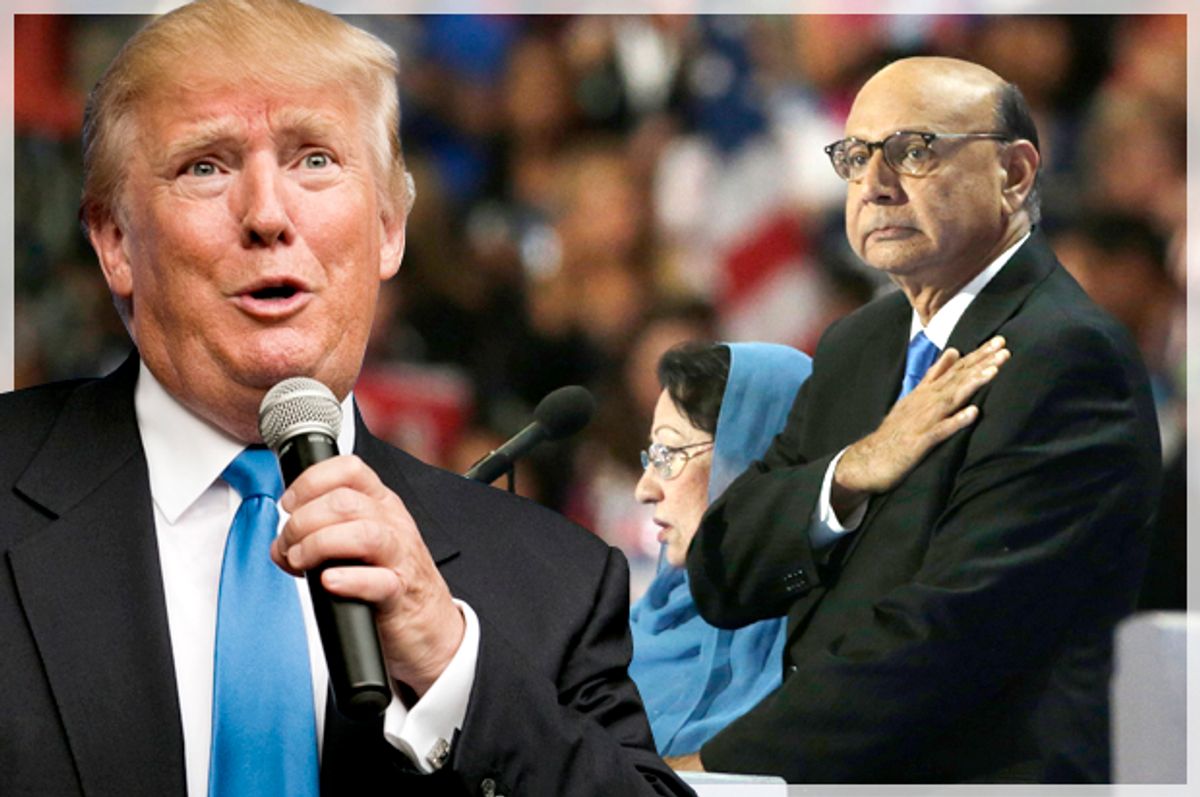 I have written many essays about Donald Trump and the 2016 presidential race. There, I have described Trump as a proto-fascist. He is a militant nationalist, wants to restrict the freedom of the press, conduct purges against his political enemies, and advocates discrimination against racial and ethnic minorities.

Trump is also a nativist and 21st century version of the American "Know-Nothings." He wants to violate the United States Constitution in order to ban Muslims from entering the country and will create an enemies list to monitor Muslims already living here.

Trump is a racist and a bigot. He is the champion and chosen candidate of white supremacist and white nationalist groups such as the Ku Klux Klan and Neo Nazis. To that end, Trump has circulated their racist talking points about “black crime” online. He is also an enemy of the Black Lives Matter movement. Trump believes that “illegal” Hispanic and Latino immigrants come to America to rape (white) women and to run amok in crime sprees preying on the “silent majority.”

Trump is an unrepentant and habitual liar. Politifact has judged him to be one of the most dishonest politicians in recent American political history.

But even by these abysmally low standards, in his feud with Khizr and Ghazalah Khan — the parents of a United States Army officer killed in Iraq while protecting his troops from a car bomb — Donald Trump has revealed himself to be a very pathetic and pitiable human being.

The Khans lost their son to battle in a far away land under the nebulous banner of the “War on Terrorism.” This is a great personal sacrifice. Not to be one-upped, Donald Trump responded that he has “sacrificed” as well by building hotels and making money.

When Ghazalah Khan stood silent during the Democratic National Convention, unable to speak for fear of crying about her deceased son Humayun, Donald Trump dragged out tired stereotypes about submissive Muslim women and publicly speculated that perhaps her husband does not allow her to speak. The pain and grief caused by losing a child appear incomprehensible to Donald Trump.

Khizr Khan, a staunch believer in the American creed, challenged Donald Trump to read the Constitution in order to understand how and why his plan to ban a whole group of people based on their religion is a violation of the country’s founding principles. Averse to a “teachable moment,” Trump instead took this as a personal smear and affront.

Given these and other failings, why would tens of millions of Americans support Donald Trump and his quest to become President of the United States? The increase in authoritarianism over the last twenty years among a large segment of the American public, the Right-wing news entertainment media’s both harvesting of and encouraging Islamophobia among its audience, “economic insecurity,” a Republican Party that has created gridlock and broken government and then uses that state of affairs to smear the Democrats as “failures,” and the deep relationship between conservatism and racism are all partial answers to this question.

But, there is another part of the puzzle that is “Trumpmania” which should also be seriously examined.

Writing here at Salon, Andrew O’Hehir made the sharp observation that Donald Trump is a type of “avatar,” what is a stand-in and projection for the feelings, dreams, and wishes of his minions.

Trump’s entire campaign has been about the greatness of Donald Trump, but it’s a mistake to assume that’s a strategic flaw or a liability. What you hear people say over and over about Trump — meaning people more or less like me, who don’t like him — is that he doesn’t seem like a real person. That’s pretty much the idea, and to assume that’s a bad thing, when it comes to channeling the collective fantasies of the American people and getting elected president, is simply wrong... Trump represents a specific modern personality type, one that was molded and enabled by consumer capitalism and then perfected by the Internet. He’s an avatar, a cartoon character or a troll, depending on your frame of reference.

As public opinion polls have shown, Trump’s voters are not especially interested in the details of his policy proposals. They are primarily attracted to how he challenges notions of “political correctness” and provides a voice for angry, white, (and older) voters who feel “disenfranchised” and “marginalized” in post civil rights era America. For them, Trump is a human tornado and force of nihilism and chaos who will upend a political and social order that is too far distant from a time when being “free, white, and twenty-one” was a necessary and sufficient claim on full belonging in the American polity.

Donald Trump’s appeal is also based on his claims of being “high energy” and possessing great vitality. His supposed success as a billionaire and business tycoon is also alluring to Right-wing voters. Here, Trump the avatar, embodies and channels a type of runaway, unrestrained, gangster capitalism. This is the core of Trump’s allure and almost magical charm over his public; it also provides great insight into his horrible public (and private) behavior.

As suggested in the documentary “The Corporation,” if the worst example of a modern corporation was an actual person (especially in a society organized around “casino” or “gangster capitalism”) it would be diagnosed as possessing an antisocial personality disorder as indicated by the following criteria:

This is Donald Trump’s public behavior and persona.

While the accrual of great wealth and fortune is seen as a type of virtue in a hyper-capitalist society, the type of behavior that is often necessary to obtain such resources is often negative and unethical. It is a truism that rich people do not behave the same as poor people. Experimental research in psychology has provided data in support of this common sense wisdom which shows that rich people, as well as those who perceive themselves as being of higher social status, are more likely to cheat, steal, and lie than are poor people.

Donald Trump’s public are sad dupes who have been conned into believing that Trump, an avatar of racism, bigotry, and unrepentant greed has any use for people like them. His voters are a means to an end—and that end is more power, fame, and attention for Donald Trump. Trump may satisfy “white working class” voters’ psychological yearnings for social dominance and bullying in a moment when they are feeling obsolete, but his policies will ultimately leave their bellies empty and hunger unfulfilled.

Donald Trump’s enablers in the Republican Party leadership and among the broader Right-wing elite know better. Trump is the logical result of almost five decades of Republican politics beginning with the Southern Strategy in the 1960s and continuing through to the racist conspiracies of Birtherism and beyond. The Republican Party thought that they could play Trump like the avatar in a video game. With his ascendance to control over the GOP, the joke is now on its leaders. The political video game is now real and Trump is beating them all...and he did not even need the legendary cheat code “up, up, down, down, left, right, left, right, B, A, start” to do it.