Apple is readying a new, improved version of the Apple Watch — and this time around consumers may actually buy it. 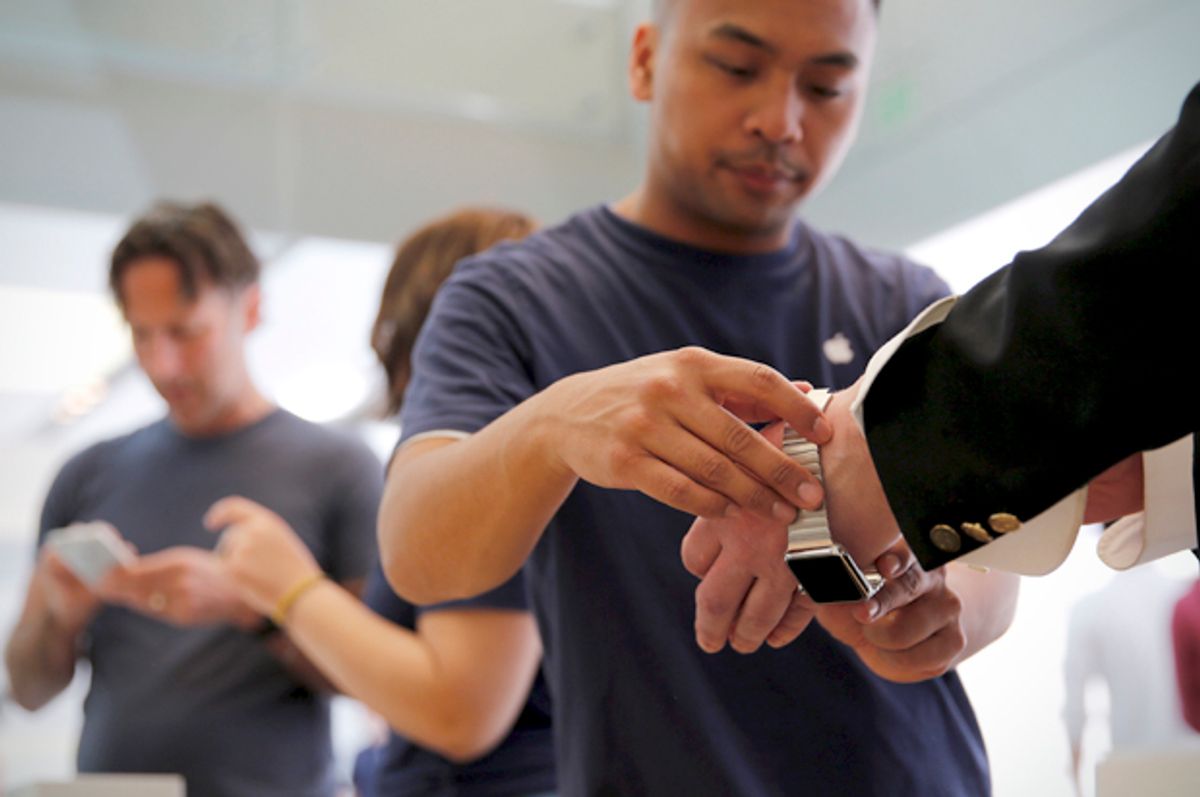 When Apple unveiled its Apple Watch in April 2105, it enjoyed a huge backlog of orders from its loyal fan base. For weeks after its debut, Apple fanatics proudly brandished the sleek, fitness-tracking, social networking, wirelessly connected smartwatch. But those early adopters didn't have much company.

The $500 device — the first product developed under CEO Tim Cook’s command — never really took off, and shows no sign of being the cultural and technological icon that the iPhone has become. Sales of the Apple Watch plunged from 3.6 million in the first three months of its debut to 1.6 million in the most recently ended quarter, according to market intelligence firm IDC. This seems to have confirmed a long-standing reality about wearable devices: the designs may be there, but the demand is not.

However, there are signs that consumers’ appetite for wearables may be changing, led by increasing embrace of fitness-tracking devices that measure and track heart rates and nudge their owners onto the treadmill. Wrist-worn devices like the ones produced by Fitbit are becoming increasingly popular and could pique interest in any future Apple wearable.

And if the loquacious online Apple rumor mill is right, next month the company will release both an updated operating system for its existing wearable and a new generation Apple Watch featuring an updated design, a longer battery life and “the ultimate selfie camera.”

According to some (albeit unscientific) surveys, the second generation Apple Watch could be the breakthrough. Based on online research conducted with current wearable owners, Nextworth, a Massachusetts-based gadget trade-in company, boldly predicts the new Apple Watch would shatter its predecessor’s performance, delivering 6 million units within weeks of its debut. By comparison, according to the global market research firm Canalys, it took Apple six months to deliver 7 million units of the first Apple Watch. (Apple doesn’t disclose sales and manufacturing numbers of specific products)

While Nextworth's estimate may seem outrageous, other reports cite remarkably high satisfaction rates from existing Apple Watch users. If the first generation Apple Watch was for the company’s most die-hard fans, a second version may benefit from those faithful users' accolades and their visibility (“Late Show” host Stephen Colbert is among the many celebrities to wear one).

The company appears to be wagering that the Apple Watch is simply suffering from birthing pains and a slow adoption curve. Who remembers that the first iPod in 2001 was panned, or that when the iPhone was released in 2007 customers were outraged over Apple’s locked phones and 300-page phone bills?

Regardless, Apple is desperate for the second generation Apple Watch to be its latest success story. The company has had a nine-year bull run with the iPhone, but sales have fallen this year amid a global smartphone glut. It needs a new signature device, and next month we’ll know if CEO Cook was justified in his conviction that the Apple Watch will be that Next Big Thing.