Millennial sex panic! Why are we so worried they aren't getting enough action? 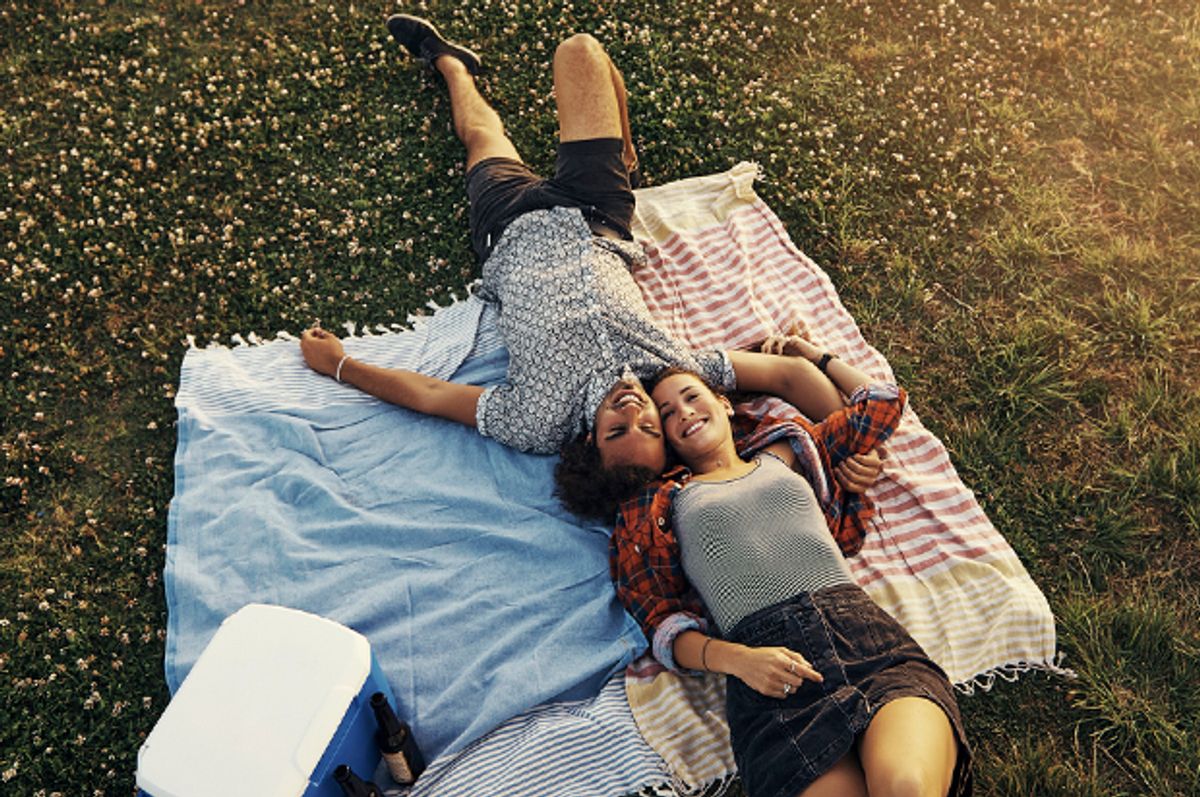 This is what I was thinking about as I read the latest hoopla over the lack of bedmates of millennials 18 and over, inspired by a recent paper in the Archives of Sexual Behavior. As Science of Us quoted the paper’s authors: “Millennials, especially those born in the 1990s, were significantly more likely to have no sexual partners as adults compared to Gen X’ers born in the 1960s.”

While the study’s findings are of cultural interest about changing sexual practices, an unfortunate side effect is the concurrent media sex panic. To wit: a Washington Post headline asked if this means “the end of sex?” while The Cut touted “Millennials Confirm That Sex Is No Longer Cool.”

Another headline read “No sex please, we're Millennials' iGeneration doesn't like it hot.”

Also making news this week: a separate new study by ad agency Havas Worldwide is now having us fret that millennials prefer food over sex, some of the time, anyway, to which I say—who cares? That may sound callous, but I simply can’t get behind what feels like the opposite of slut shaming in a push to urge young people to pursue sex like their social lives depend on it.

Sex is not a milestone we need to pass on like the holy grail; every generation is entitled to define their sexuality however they like, even if that means they’d prefer to just take a break from it. If, for millennials, this means engaging with their fellow human beings in different ways, whether that’s taking more time for themselves (whether that’s playing video games or blogging or eating or reading or just getting to know who they are as individuals), bonding in friendship groups or cuddling, sexting, flirting online or some other form of erotic communication, who are we to judge?

Yet judging seems to have become a form of social sport, a way to mock millennials for not knowing what they’re missing, as if us older folks have the right to judge from the high point of sexual nirvana.

You might think that as an erotica writer, I’d be encouraging people to have the most sex they possibly can, but I find that idea abhorrent. The truth is, I too would sometimes prefer a fine meal over sex, and I don’t see why we have to rank one activity as inherently healthier than the other. They can peacefully coexist, and just as some people are foodies who live to eat, others eat because they need to to survive; we should accept that those two types of appetites also have sexual corollaries.

The Washington Post, in a separate article, quoted a 26-year-old financial analyst named Sam Wei, who hasn’t had sex in 18 months—by choice. She could if she wanted to, but she’d generally rather bond in other ways, like kissing and cuddling. “To me, there’s more intimacy with having someone there next to you that you can rely on without having to have sex. I don’t want to do anything that would harm the relationship and be something that we can’t come back from,” she told the paper.

I dare anyone who finds her attitude repellant to get honest about the fact that sometimes sex is disappointing; sometimes it does ruin friendships. I’m not here to be a nookie naysayer, but I completely understand where she’s coming from. Even if I didn’t, it’s in no way my place to decide for her what forms of closeness to her fellow humans she should prefer; that’s just as galling as saying “sex” should only encompass penis-in-vagina intercourse.

A younger millennial, 18-year-old Noah Patterson, has never had sex because he’d rather “be watching YouTube videos and making money.” He said he’s not curious about the act because, “I’ve seen so much of it. . . . There isn’t really anything magical about it, right?”

It’s his indifference that seems to have riled so many who feel compelled to convince others that sex is, indeed, “magical.” But why does sex need a PR campaign? Why can’t he be entitled to entertainment and business over sex? I was tempted to add “for now,” but that’s just buying into the idea that sex will eventually lead everyone down their personal yellow brick road to a happy life. Maybe not everyone’s utopia involves getting it on; we should all be adult enough to admit that sex is not a panacea or the ticket to a perfect life.

I agree with millennial Melissa Batchelor Warnke, who wrote in the Los Angeles Times that sex “isn’t an absolute good,” but instead, “it’s only good if it’s a thing you want to do, if it’s an act that brings you fun or connection or pleasure.”

Her take is that “The problem isn’t that millennials are having less sex, but that many of their reasons reveal warped values and a fear-based approach to existence. Here’s a generation swearing off a life-affirming and life-creating act in record numbers, simply because they don’t know what to do with it.”

While I agree with her that millennials may be eschewing sex because they are afraid of its consequences, I still can’t get behind what feels like a paternalistic and belittling way of judging their choices

I’m far more offended by the fact that Norman Spack, associate clinical professor of pediatrics at Harvard Medical School, felt free to insert his own subjective sexual cheerleading by telling the Washington Post, “Everyone’s missing out on a good time,” than by whatever the statistic du jour is about millennials getting it on.

That being said, if people are shying away from sex because they’ve been fed misinformation by abstinence sex ed programs (or schools’, teachers’ and parents’ silence around the topic), that is indeed a shame. But I think we can give millennials, who have access to teen and emerging adult sex ed sites like Scarleteen at their fingertips, a little more credit than that. I would love to see a world where consenting adults can pursue whatever their sexual and non-sexual interests are with equal fervor, one that supported and valued our right to choose what we do or don’t want in the bedroom, rather than simply waiting with a clipboard to tally up our numbers and give us a score we never asked for.