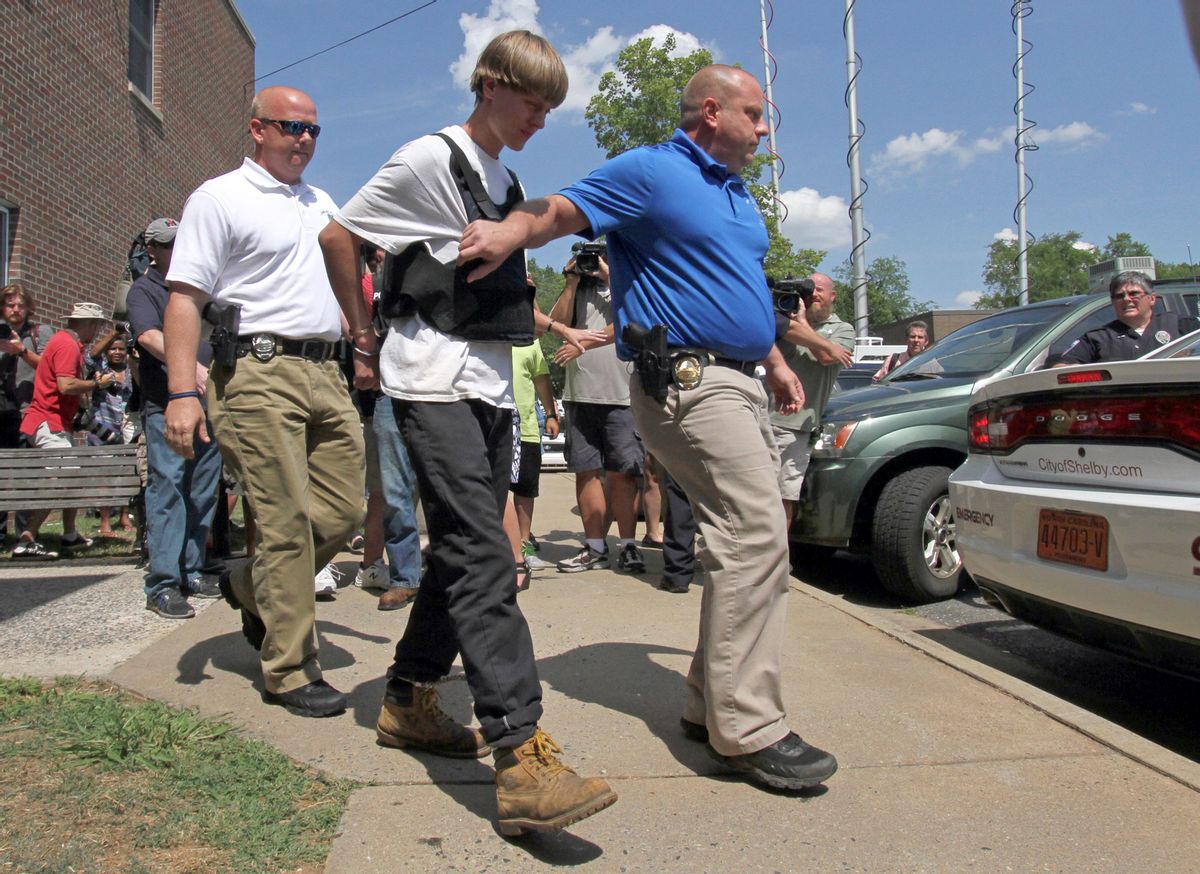 Dylann Roof, the 22-year-old charged with murdering nine people inside an African Methodist Episcopal church in Charleston, South Carolina, in 2015, was reportedly assaulted Thursday morning by another inmate at the Cannon Detention Center.

Roof was in the showers when at 7:45 a.m. fellow inmate Dwayne Marion Stafford allegedly began assaulting him "with his hands," according to The Charleston Post and Courier. Roof suffered bruising to his face and back before corrections officers intervened. No weapons were involved.

Charleston County Sheriff's Office Major Eric Watson announced in a press conference earlier this afternoon that Stafford, 25, would be charged with third-degree assault and battery.

On June 17, 2015, Roof allegedly shot and killed nine black members of the Emanuel AME Church. He's currently awaiting trial on 33 federal charges (9 for the murder; 24 civil rights violations), 18 of which carry the death penalty. He pleaded not guilty to all charges in July, 2015.