Congress was right: The Iran deal is a travesty — and Obama is to blame

The terrible Iran deal, complete with a $400M payment, is proving to be the disaster Republicans predicted 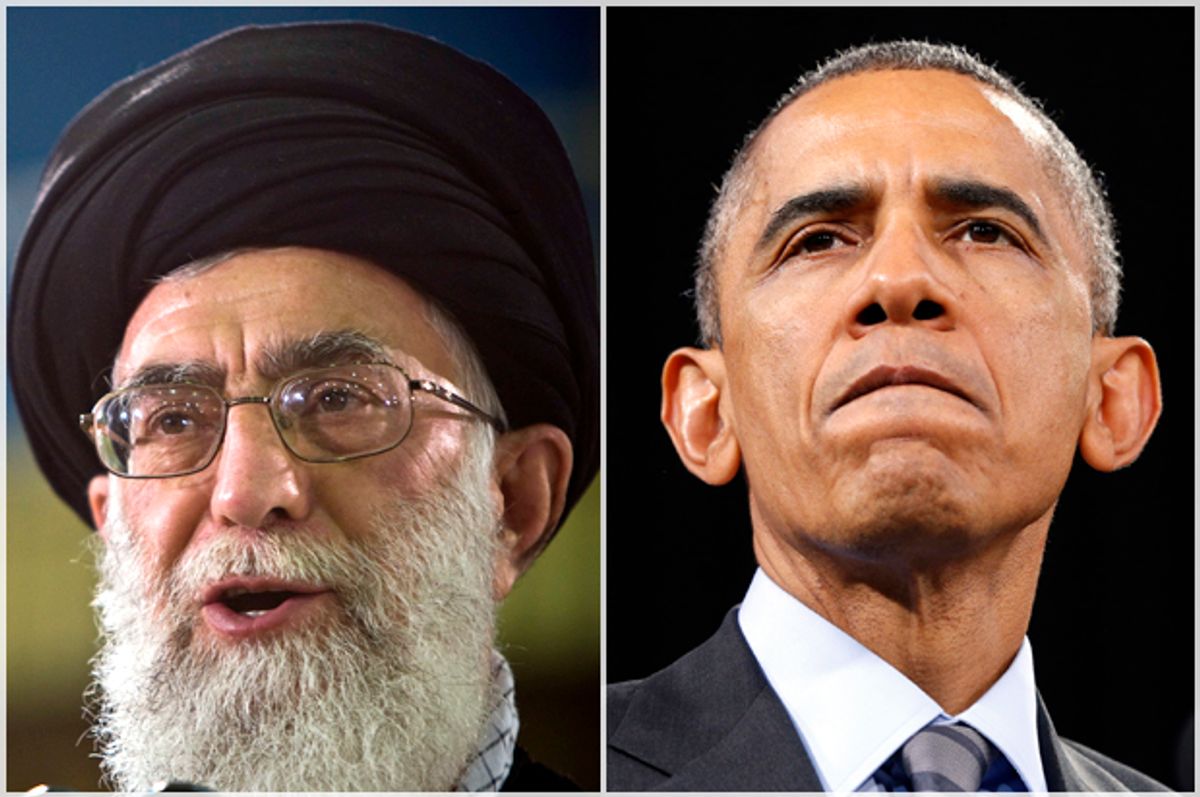 Onlookers concerned about a nuclear Iran shouldn’t be surprised by a report from The Wall Street Journal that the Obama administration secretly apparently airdropped $400 million in foreign currency in exchange for the release of four Americans, a move that breaches U.S. protocol and amounts to ransom. Even more troubling, yet not surprising: new reports that Iran’s Ayatollah Ali Khamenei is publicly backpedalling from President Obama’s prized nuclear deal.

On state-affiliated media, Khamenei reportedly blasted “the futility of negotiations with the Americans” and said the United States wasn’t keeping its promises under the nuclear agreement. The deal itself was signed under constitutionally questionable circumstances — it essentially amounted to a treaty, which would have required congressional approval--over the protests of Congress, including many Democrats like Sen. Chuck Schumer.

These latest developments undoubtedly confirm what conservatives and other pro-Israel activists have been arguing throughout this entire episode. They’re yet another reason why people who don't like flawed GOP nominee Donald Trump will still have a hard time voting for Hillary Clinton, given her prominent role in helping usher in this flawed deal. They also tarnish President Obama’s legacy, despite his brag last week at the Democratic National Convention in Philadelphia that he’d “shut down Iran’s nuclear weapons program.”

The State Department officially denied any explicit link between the $400 million payment and the release of prisoners, that this happened entirely coincidentally, not as a tit-for-tat. But it’s baffling why this administration continues to place its blind faith in a theocratic, authoritarian regime that bankrolls terror the world over, from Hamas to Hezbollah to the murderous Assad regime.

“It's time the State Department stop trusting Iran more than the U.S. Congress,” Michael Rubin, a foreign policy expert at the American Enterprise Institute, told Salon. “The problem isn't simply the timing of the ransom payment. Rather, it is the fact that Obama and Kerry are acting like gamblers who believe they can win big with just one more throw of the dice, and are willing to sacrifice increasingly more to do so. There simply is no introspection. The whole premise of the Iran deal was that they could work with Iranian reformers and moderates to defeat Iran's hardliners at home and abroad. They never understood that Supreme Leader Khamenei and President Rouhani were playing an elaborate game of good cop-bad cop.”

Despite the administration’s official claim of an innocent confluence of events, Iranian Revolutionary Guard leaders claimed otherwise in state media that  “Taking this much money back was in return for the release of the American spies.”

David Ibsen, president of United Against Nuclear Iran, told Salon that the recent detention of Robin Shahini, another U.S. citizen, is further evidence that Washington should be thwarting—not rewarding—Iran’s bad behavior.

“The secret airlifting of $400 million in cash to the Iranian regime is just another example of the United States enabling the nefarious activities of the Ayatollah and his proxies,” he said.

Tzvi Kahn, senior policy analyst at the Foreign Policy Initiative, also pointed out that what happens in Tehran doesn't stay in Tehran. The ransom not only incentivizes Iran to take more Americans hostage, but it also effectively declared open season on Americans for every rogue regime and terrorist group around the world.

“The $400 million payment, which Tehran has transferred to its military, directly subsidizes Iran’s hegemonic ambitions,” Kahn told Salon. “It has led the regime to capture more hostages. And it demonstrates that the nuclear deal, far from moderating Iran, has merely emboldened it to further provoke America, secure in the knowledge that the White House will do almost anything to protect its signature foreign policy achievement.”

Kahn further said Khamenei’s threat to walk away from the deal is a patent effort to extract further economic concessions from the United States.

“Iran, after all, has only itself to blame for its continued economic travails,” he said. “Why would companies want to invest in a country that continues to sponsor terrorism across the globe, test ballistic missiles, repress its own people, and capture Western hostages? Washington should ignore the supreme leader’s blackmail and instead make clear that Iran will receive no additional economic benefits until it halts its aggression.”