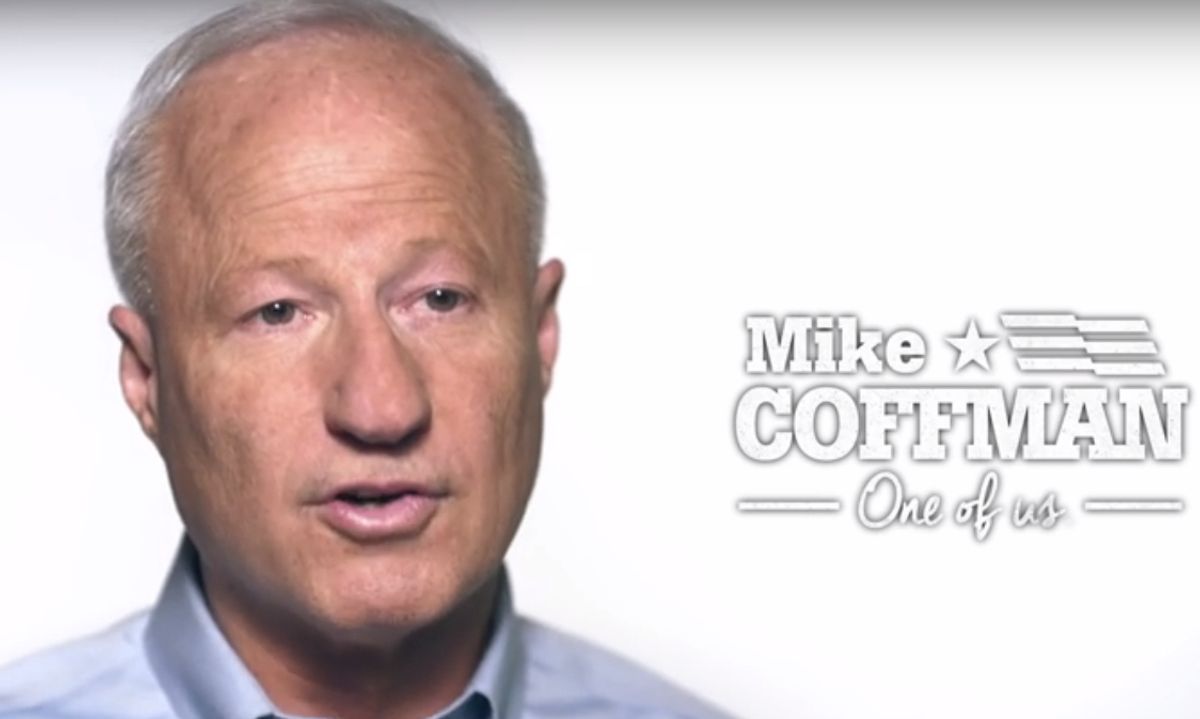 According to the Real Clear Politics average of polling in swing states, after both party's respective national conventions, Hillary Clinton leads Donald Trump among voters. And after Trump's less than stellar post-DNC performance, his standing in the polls will likely only plummet further in the coming days, leading many vulnerable Republicans to either reconsider their support of the controversial candidate or reiterate their repeated denouncements.

“Having served in Iraq, I’m deeply offended when Donald Trump fails to honor the sacrifices of all of our brave soldiers who were lost in that war,” Colorado Republican Congressman Mike Coffman said after his party's nominee went on a days long attack of U.S. Muslim Gold Star parents who spoke out against Trump's anti-Muslim bigotry at the DNC.

Coffman, who represents a crucial swing district in the Denver suburbs, told the Denver Post that he found Trump's attacks on the Khans “polarizing and divisive.”

Now, as the Trump campaign appears on the verge of total implosion, the Republican congressman piling on, distancing himself from Trump, in a new campaign ad. According to Politico, the ad represents the first time a House Republican has used explicitly anti-Trump messaging in paid advertising.

In the ad titled “country first,” Coffman says that he'll "stand up" to the GOP nominee

“I’m a Marine,” he continues in the ad. “For me, country comes first. My duty is always to you."

“So if Donald Trump is president I will stand up to him — plain and simple,” Coffman vowed. “And if Hillary wins I will hold her accountable every step of the way.”

Coffman's strong stand against Trump is a long way from his statement on his party's pick shortly after Trump clinched the nomination.

"Hillary Clinton is a non-starter and lacks the integrity to lead this nation, but Trump has a long way to go to earn the support of many — me included," Coffman said in May.

According to the Washington Times, Coffman is running the ad in both English and Spanish. Watch below: